From here on in, Old Muskrat was his brand! 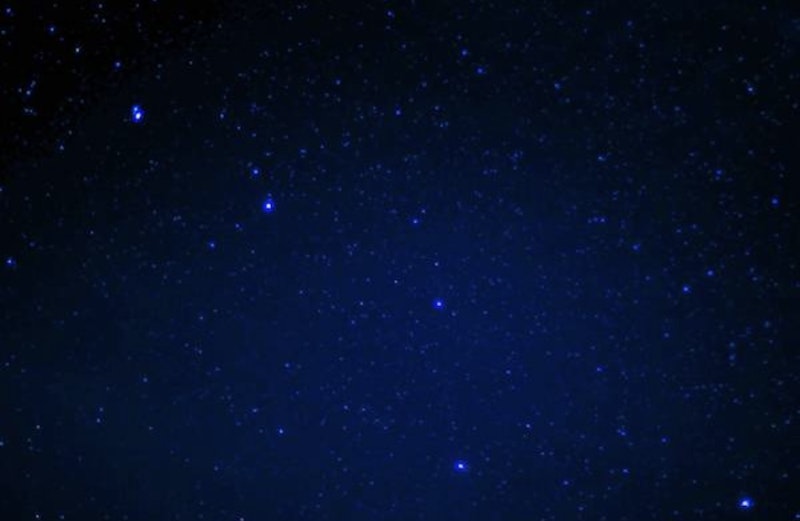 "I know, big guy. You're hungry. Let's take care of that." Bill opened a can and forked tuna into a clean bowl. As Novak feasted greedily, Bill refreshed the water bowl. It'd been one hell of a day and continued to be. The Big Wedding that wasn't.

Bill paced, hands a-pocket, gazed at the floor absentmindedly, shook his head and exhaled, "Man! Where is Millicent? What happened! I hope and pray she's okay."

He sat behind the counter and stared ahead, out the window, dumbfounded. A car drove by, its headlights peering into twilight.

The bride-to-be vanishing. He'd never heard of such a thing. "I hope the police can find her."

Trixie couldn't sleep. It was chilly in the cabin, especially without a stitch to wear, and no covers to crawl under. She hugged herself and walked to the kitchen, opened a can of vegetable soup, poured it into a sauce pan. She searched drawers for a box of matches, lit a burner. Maybe a bowl of soup will warm me up? I should've thought to have bought crackers.

She plunked her bare rear on a cold wood chair, elbows on knees, and shook her head.

"I've been kidnapped and savaged by a total stranger, I don't even know his name, and I can't help but love the big lug! What's the matter with me! Oooh, what I wouldn't give for a nice warm blanket!"

Bill continued to take care of Novak and the shop, keeping it open for a few hours every day, ringing up a sale here and there. After a week he pled with Dash to return to the shop. "Pal, it'd do you some good to get out, to reenter the world. It won't fix anything, but you can't go on the way you are, moping and sleeping. It ain't like you. And Novak will be glad to see you! When the police learn something, they can find you just as easily at the shop as your room. Easier in fact! You have your own phone at the shop!"

Trixie expected the stranger to return in the morning. He didn't. Nor did he show later in the day. Or the next day. Trixie ran out of eats. She got hungry, very hungry. She couldn't remember ever being so hungry. Her stomach growled and clawed at her like a beast. So hungry it almost didn't register when she heard the radio news, a local story, a body found, in a meadow. The description fit Trixie's guy to a T. "Oh no," she thought. "If that's him, now what!"

In the wee hour hours she slunk out the door, tender feet negotiating the way, trying to avoid sharpness. She made her way to the road and walked toward town. Hopefully there's some laundry left on a line overnight just waiting to be swiped. The sound of a vehicle approaching forced her to squat behind a bush.

Trixie thought about how she'd had dreams of walking around in her underwear, but here she was, completely nude, and this wasn't a dream. Her cloak was the dark of night. The station wagon passed and Trixie was back on the road.

It was the oddest sensation, walking along Main Street like this, right down the sidewalk as if she, Queen Au Naturel, owned Latch. She found it exhilarating, if nerve-wracking. She kept her arms crossed over her breasts, then decided the hell with it. Nude is nude. Be brazen. It was a thrill to strut around a strange town clad only in shadow. From a second-floor window, above the hardware store, an insomniac sat, elbows leaning on the sill, chin in palm, a half-empty pint of bottom-shelf rye in his bony free hand. Zeke did a double-take when he saw Trixie swaggering along. He let out a long low whistle. He didn't dare whistle loudly for fear this sublime apparition would dissipate if exposed to sound. He beady-eyed the bottle, considered pouring it down the sink, but put the kibosh on that, took a quick swig and watched the derriere of Trixie fade into the night. From here on in, Old Muskrat was his brand!

Trixie edged down an alleyway, gingerly avoiding stones and shards, to a screened-in back porch, trying its door. It opened with a creak. She entered and met a washing machine and a dryer. The dryer offered a pair of overalls, shirts, a dress, socks, underwear of various sizes. She just grabbed everything in one fell swoop, along with a pair of grass-stained tennis sneakers resting near the door, and tiptoed out. In the alley she practically jumped into the overalls and sneaks, then raced home with the rest of the loot. At the shack, she sorted through the clothing. Some was kid stuff; she tossed that in a corner. The dress fit her fairly well, but it occurred to her that the owner could see her in it and accuse her of the theft. The overalls, though a size too large, were relatively new, devoid of wear. Anonymous.

"I've got to get out of Latch, pronto. But I am starving! Oooh, the jams I get in. I could write a book! And it'd be yay thick," she said to herself, making a motion with her hand, index finger and thumb spread wide apart.

Before dawn, dressed in overalls, tennies and a white blouse, Trixie hoofed it towards town, hoping to find an unlocked door, perchance to swipe a small amount of cash from a purse left on a hallway table, just a few bucks for food. With great stealth she crouched toward a bungalow but froze to a dog's hysterical yelping. A light snapped on in the house. "Who's there! Anyone there! Got my shotgun, boy!" She heard the distinctive sound of the long gun being opened and snapped shut. She hightailed it home. It didn't matter how hungry she was. Food would have to wait. After dawn she'd thumb a ride on the highway, take it from there.

A few hours later, thumb out, Trixie was mad with hunger as the July sun began to get brutal. No shade on an interstate. To pass the time she invented a new persona as commuters whizzed past. Trixie became Marsha Polanski, born and raised in Roxbury but now on Beacon Hill, in a lovely two-bedroom. She worked as an assistant to Dr. Wiles, a pathologist with a red crewcut, a perfect gentleman. In her mind's eye she could see her apartment: Herman Miller furniture, an abstract painting, bossa nova murmuring from oiled walnut speaker cabinets. She threw gracious dinner parties, sangria flowing like the River Jordan, inspiring scintillating conversation. "Oh, who am I fooling? I'm a... a... loser." She had to fight back tears at this flash of honesty. Her self-pity moment was interrupted when a Mercedes pulled over. Marsha ran for it and the sedan lurched forward before she'd quite closed the door, knocking her back against the seat. The middle-age driver was a swarthy man in a tan summer suit. Neither of them said a word for a few miles before he broke the silence. "You look hungry. What say we check into a motel, order room service and get better acquainted?" His voice was like glass. Marsha didn't say yes, but she didn't say no. She just kept her yap shut as he took the first exit and before she knew it they were registered as Mr. and Mrs. John Smith. In their room he said, "First the feat, then your treat." He tossed his jacket over a chair and began to undo his tie.

Afterwards, Marsha tore into two steak sandwiches and French fries, washed down with a bottle of Bud. "John" thanked her for her time, discretely left a crisp 20 on the bathroom sink, and was on his way. She spent the rest of the day poolside, dined at the restaurant, watched Carson, and was back on the interstate, thumb out, in the morning, pancakes and sausage in her belly, a few bucks in her pocket. She sighed, "A girl's gotta do what a girl's gotta do."

That first night, the night of what was supposed to be his wedding night, Dash lay on top of his bed. He didn't bother to turn the covers back, or even take off his shoes. His suit jacket hung on the chair. He stared at the ceiling, got up once to pace, sat back on the bed after being hit with a wave of exhaustion and just sat there, staring at the floor. Toward dawn, Dash managed to get to sleep. He fell into a vivid dream. He dreamt he was high above, on a tightrope, his hands extended far to each side to maintain his balance as he went, step by cautious step, across the wire. Below, a circus tent audience watched, breath bated. And a gypsy witch, raven-haired, olive complected, eyes black as sin, played a violin.

On the violin all she played were two lugubrious notes, just the two, repeatedly, slowly see-sawing back and forth. They reached Dash's ears and filled him with ineffable sorrow. They were the saddest thing he'd ever heard, so sad that they rattled him, causing him to question his balance. Chin snapped up, he made a point to not look down, he kept his sight set straight ahead, and at the other end of the line he saw Millicent waving to him from the porch of her old tarpaper shack. Startled, he toppled and fell and fell and fell for what seemed a lifetime until he hit the ground and snapped awake to find July morning sun flooding his room, songbirds chorusing outside his windows.