Life as a Refugee

We're nothing without our ruins. 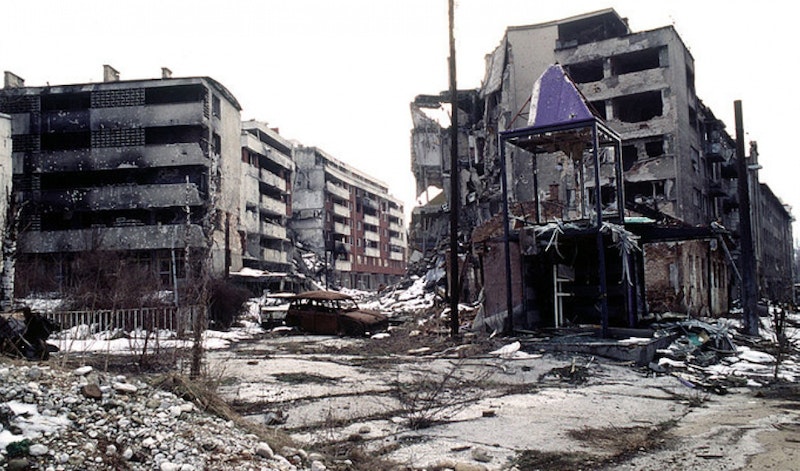 For the past 22 years, I’ve tried to write that book about my life. Musing similarly to Kurt Vonnegut in Slaughterhouse-Five, I think about how well-constructed this book will be, only to witness my thoughts and words dissolve into nothingness. Nothing’s coming to my mind, I yell internally. But that’s not true. A lot is coming to my mind; so much that the mind itself can’t keep up, and it ends up travelling too fast, bouncing off of several time frames. As Vonnegut writes, I’m “unstuck in time.”

The trouble is that I’ve lived several lives. Not the New Age-y “past lives” where I’m every famous person in the world and never some bum on the street, but lives that are composed of several delineations. Perhaps this is true of life itself but my own experiences are a testament to complex fragmentation, made up of both joy and sorrow.

War, refugee camp, and immigration to America appear to be the most impactful experiences, perhaps most painful. It’s their own imposition on the present that often makes me into a disembodied human being, trying to catch the pieces of body and mind and put them back together. At some point, you have to give up on that because the wholeness you’re looking for really doesn’t exist.

Life is rarely linear. Memory attests to this, and you don’t have to go through traumatic experience in order to feel a non-linearity creeping into the perfectly linear life. Even a pleasant memory will come to the surface when you least expect it. Depending on the length and complexity of your life, it’ll either be tinged with sorrow or (if you’re lucky) it’ll be a completely separate and objective experience. But that seems to be a rare occurrence.

There’s another paradox to life of a war survivor and a refugee: the events of the past start to lose their meaning as time goes by. They are so far away from now and the power of sadness and fragmentation they hold begins to weaken. New life, rightfully and happily, takes over and you have new things to look forward to. But the past also beckons in a different way. What is the purpose of it anyway? What is “progress” then?

Maybe the idea of the “whole self” is just our own fantasy. We keep moving toward it, trying to piece together the memories of our childhood, only to be left staring at someone we don’t know anymore, yet that very someone is still present, continuously composing the “authentic self.” This past self isn’t an illusion, and although it may not exist anymore in an embodied way, it’s the most real part of ourselves. The search for the “whole self” is a process, in which you make yourself into a mythic hero or the real anti-hero. Are those really the only choices?

Does memory function only on one level? Most likely not, otherwise, we’d have no need to obsessively write and muse about it. According to novelist Aleksandar Hemon, there are “two versions: memory and imagery. What can be shown cannot be said, which is to say that the versions are mutually exclusive.” Why does one thing remain potent, yet another disappears?

Words often fail when I try to explain that during my day, a series of Bosnian words (with very specific literal and metaphysical meaning) swirl around my mind; or when a song, smell or the way a tree sways in the breeze brings back the scent of plums in my grandparents’ orchard, how I opened up the plums, letting the juice flow down my hands; or how I listened to the intense movement of the river Drina; how I looked out the window of my grandparents’ home seeing cars pass by into the great distance, tiny specks on the vast horizon; how I sat in silence watching my great-grandfather perform ablutions for the prayer, feeling safe because of his own faith.

But then, all of it shattered when I see before me my grandparents’ house, the house I was born in, destroyed by the war. What remained were a few pieces of the four walls and stairs that led into the house. I’m still standing on those steps, waiting to go into the house, but the house doesn’t exist anymore. It’s just a void, an overgrown land, that envelops and swallows you whole. Yet ruins are those tangible and fragmented pieces of our selves. We’re nothing without them.