The Pet Shop Boys and the Punk Revolution That Failed

Exposing the beating heart of modernism. 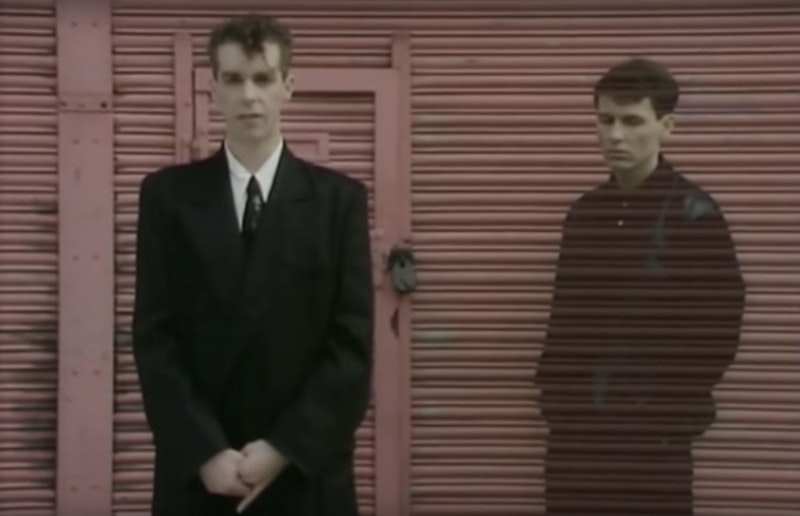 The Pet Shop Boys have just released a new “lockdown” version of “West End Girls,” one of the greatest singles of the 1980s (or any era).

It’s fascinating how well this 1986 song holds up. I think that has to do with how the Pet Shop Boys, Neil Tennant and Chris Lowe, married a timeless synthesizer hook to a modernist vision.

A lot of young bands and fans inspired by 1980s New Wave can get the sounds right, but it lacks the edge of modernism that ran through the music. In his book Rip It Up and Start Again: Postpunk 1978–1984, Simon Reynolds argues that “the entire postpunk period looks like an attempt to replay virtually every major modernist theme and technique via the medium of pop music.” Reynolds notes the other inspiration for other punk and New Wave bands: Cabaret Voltaire borrowed their name from Dada, the Talking Heads were art-school students, the “techniques of collage and cut-up were transplanted into the music,” with the “record cover artwork of the period matched the neomodernist aspirations of the words and music, with graphic designers drew from constructivism, De Stijl, Bauhaus, John Heartfield and Die Neue Typograhie.”

“West End Girls” a song drawing inspiration not from the blues, but from synthesizer dance music and the arcane references in T.S. Eliot’s poem “The Waste Land.” It’s why the lyrics are so gloriously all over the place.

Yet pop music modernism never shook the romanticism of its predecessors. Less remembered than “West End Girls” but a better song is “Love Comes Quickly,” the second single released from the Pet Shop Boys’ debut Please. “Love Comes Quickly” is a great love song, something that might've been covered by Sinatra or Liza Minelli. It reveals that as much as punk and New Wave band were embracing modernism, they could never fully escape the traditionalism of the heart. In his sharp new book about Roxy Music’s 1982 album Avalon, Simon Morrison explores how Roxy Music leader Bryan Ferry went from modernism experimentation to love, covering songs like “Are You Lonesome Tonight?” and “Don’t Worry Baby.” Morrison posits that the modernist poet Ezra Pound’s injunction to “make it new,” which was the cry of so many punk rock musicians in the 1980s, has become, “over the course of Ferry’s career, an impulse to make it beautiful, sensual.” Ferry’s “creative impulse appears to involve stripping away the intellectual dressings of modernism an exposing its beating heart, knowing the body holds its own mysteries.”

I remember when traditional rock ‘n’ roll gave way to punk and New Wave. When I was a kid in the 1970s the dominant form of popular music was hard rock, bands like Led Zeppelin, Aerosmith, Foreigner and the Rolling Stones. Then one day in 1977 when I was 13something caught my eye on the magazine rack of the local drug store: Charles M. Young’s Rolling Stone cover story about the Sex Pistols. ROCK IS SICK AND LIVING IN LONDON cried the headline.

When I heard the Pistols, I wasn’t impressed. It wasn’t the revolution I heard everyone talking about. The music was loud, sharp and funny, but it wasn’t much different from the guitar-based rock that was on the radio.

Then in 1978 my sister took me to my first concert—the Cars, a band whose skinny ties, synthesizers and stylish, ironic lyrics signaled a break from the heavy rock my older brothers listened to. Rather than simple photography like the Stones to the Who, or the hippy-dippy occult symbols of Led Zeppelin, the Cars presentation was about sleekness and cool. Their wonderful second album, Candy-O, featured a cover painting by Alberto Vargas, who did paintings of pin-up girls that appeared in Esquire and Playboy magazines in the 1940s through the 1960s.

From the Cars I made my way to Roxy Music, Elvis Costello, New Order and Siouxsie and the Banshees. It soon became obvious that, especially with a genius like Costello, New Wave could capture the future even while mastering and appreciating the art forms of the past. As Tim Abrahams observed in an essay in Iconeye, punk was not just aggression and thrashing guitars. At its best it was an artistic moment that was open to a range of sounds and ideas—including those from previous eras. “Punk happened in reaction and relation to other movements in art, design and architecture,” Abrahams writes. “Indeed, the 1970s New York art scene gave punk its impetus: an impoverished city with loads of cheap space suddenly appreciating its position between the early 20th-century European avant-garde and the frustrated potentials of the American continent beyond.”

Yet there was never fully escaping the beating heart and the romantic mysteries of the body. The band Pere Ubu was named after both the hero of a proto-Dadaist play and musical experimentations with a dial-operated EML 200 synthesizer. Yet in Rip it Up and Start Again, Simon Reynolds quotes Pere Ubu vocalist David Thomas looking back in time: “Our ambitions were to move it forward into ever more expressive fields and create something worthy of Faulkner and Melville.” Melville isn’t exactly avant-garde.

Recently Punk the Capitol, a documentary about the DC punk scene of the 1970s and 80s, was released. Rather than looking vital, the film seems dated, both too political and self-congratulatory. I found the Pet Shop Boys recent single “Cricket Wife,” a song about loneliness and which is set to a classical arrangement, more challenging and modern.