More On Us Reactionaries and Foucault

When it comes to postmodern theory, I set the agenda. 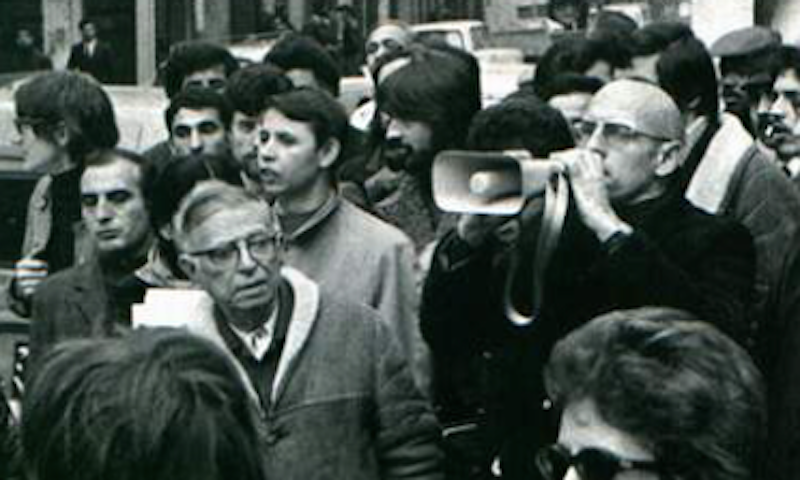 John M. Harris, setting the agenda from his redoubt in Hoosier Country, gets results. I’ve written previously in this space that we right-wing reactionaries and other dissidents should co-opt “postmodern theory” to bolster our critique of the neo-liberal capitalist regime. Now lesser minds have glommed onto the idea and are parroting it with gusto. I should get royalties.

Here’s The New York Times’ snuffler Ross Douthat discussing how right-wing thinkers could enlist Foucault in an intellectual assault on the corrupt regime that oppresses us. Here’s Geoff Shullenberger, an academic, writing with a similar message, noting how contemporary mechanisms of discipline and power are exactly the sorts of things on which a Foucauldian critique could do some serious damage. Shullenberger also notes the irony that the people in the contemporary ruling class are precisely the sorts of people who fancy themselves acolytes of Foucault, having rubbed up against his ideas, however superficially, while pursuing their semi-educations at universities of one level of prestige or another. In other words, enlisting Foucault in an effort to destroy their world would be funny.

It was long the complaint of old-style economic leftists, Marxists and such, that “postmodernism” was a reactionary thing, an ideologically empty tool for the corrosion of systems of power. Now that the dominant systems of power are culturally (though not at all economically) leftist, that’s precisely what we reactionaries should like about it.

A high-security office in Minsk. Chiseled male faces, the eyes in them alive with intelligence, monitor computer screens. There’s an atmosphere of high tension—but also the sense that we are in the presence of competence, alloyed to an exquisite sense of duty and, yes, morality. The tension intensifies. Then—boom—something changes.

“It is time, comrades,” says the one with colonel stripes on his tunic. “Let’s pull the trigger.”

And it begins. Cut to a scene of aerial derring-do as fighter planes of the glorious Air Force of the Republic of Belarus scramble to intercept the Ryanair jet on which Roman Protasevich, the pro-Nazi Belarusian political blogger, sexual deviant, and traitor to his own country and to the Russian World, is headed to Vilnius for a clandestine meeting with his CIA/Mossad handlers.

It takes steady hands for an escort of military planes to divert a Vilnius-bound jetliner to Minsk and force it to land. But the airmen in the fighter planes are up to the job. As the plane slows to a stop on the tarmac, a joint team of brave Belarus and Russian Federation secret policemen storm the flying machine, securing it. Trapped, the fascist/liberal provocateur Protasevich swiftly submits to custody. Perhaps he even knows that he’s wrong. The human conscience is a powerful thing.

How cinematic! But of course the moral pygmies of Hollywood wouldn’t touch the glorious saga of last week’s diversion of Ryanair FR4978 and the subsequent arrest of the Western lackey Protasevich with an eight-foot pole. It remains to the Russian film industry to make a fine drama out of this event.

Nor should the production shrink from a depiction of the righteous torture employed against Protasevich by the Belarusian agents and their admirable Great Russian mentors. The cattle prods shoved up the rectum, the spirited play with testicles, the improvisations with the razor and the battery acid and the cudgel—the film must show us this. There’s no true art without a moral message and in this case that message is this: fascist treason must be shown not to pay.

It hardly needs saying that behind the bold, decisive, even heroic figure that Belarus’ President Lukashenko cut in this affair stands Vladimir Vladimirovich Putin—gray eminence par excellence, In-gatherer of Russian Lands, a resurgent Russian Empire’s tsar, if he wants the post. Glory to Vladimir Vladimirovich, Father of All The Russias, Protector of the Lands of Rus’—Our Great Contemporary!

Memorial Day, the Americanist jingo excrescence, is upon us. The weather promises to be cold and dismal all weekend in our part of Indiana, meaning that I’ll leave the farm work to Mother and stay indoors, the better to stave off a resurgence of my rheumatism.

On the reading list: New York Post staffer Sohrab Ahmari’s The Unbroken Thread: Discovering the Wisdom of Tradition in an Age of Chaos, which I was sent as a gift. I’m skeptical that I’ll find much to like in this middle-brow production, but I’ve been surprised before.