Down Bad in Dearborn

BQ struggles on his journey, with a long way to go, getting further away. 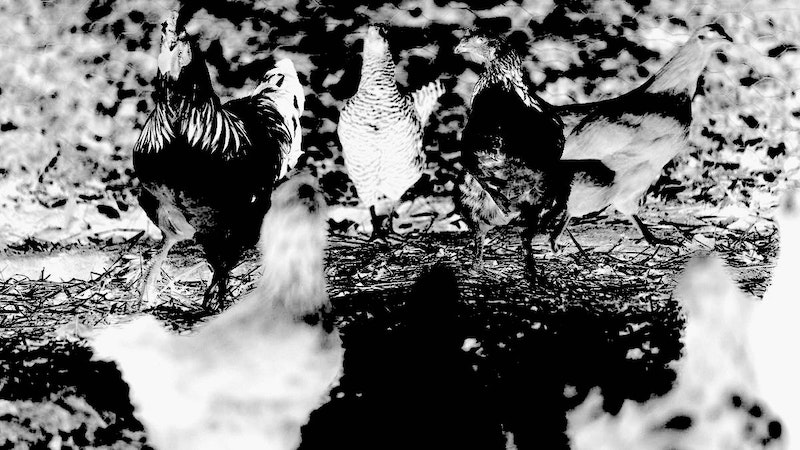 This is Part Seven in a series, Bennington Unchained.

Spring is here again. There’s cat hair in my throat and my windpipe is closing. That’s okay—I’m cool. I’m cool as a cucumber. I survived a date with Death, I made it out of the New York City Subway System without contracting any venereal diseases or the not-so-novel coronavirus, and, most importantly, I’ve liberated myself from the bondage and emotional violence of the Rooster Quibbits household. His wife is named Monica, and she is a bitch. This much I know.

I’m trying to be humbler. Even as I ride the road unchained, I know I’m just one bird. I’m a Unit of One—but freedom has consequences. It isn’t “free,” but neither is slavery or war. We’re all only as free as we allow ourselves to be, and for me, that means wandering. I don’t know where I’m going but I know that I’m getting closer to wherever I need to be. I believe the 1970s was a decade of lost opportunities with regard to psychology and “alternative communities.” I can fake a conversation about Jonestown or the Living Theater, but I was too stoned and incapacitated on narcotics for most of the decade to really remember anything that those Earth Day people were talking about. I always ate granola—I didn’t need to change for them.

But now I’m different. I’m Bennington, unchained. I have a new origin story and it’s one that I’ve created myself. I am my own father. I’ll rule this planet like I’m walking on the balls of my feet. These are insane statements, but I must make them. I love how insane everyone is becoming. I know the pandemic is nearing its end because humanity’s moronic meme machine has revived itself to full capacity and I frankly want to die. Bennington, haven’t you been on the road? Why would you know anything about the news? Maybe you don’t know what goes on in gas station bathrooms.

I have a phone. I need it to call my dealer. I’m not walking anymore. I’m shooting black tar heroin somewhere in Michigan. There’s no air conditioning and everyone in here already wants to die. I don’t know where I am or how I’m typing (dictating?) this but I feel a moment of clarity coming on and want to take advantage of it before the fix is out: I don’t need to leave Dearborn. Is that where I am? Yes: I can see a map on this man’s shower curtain. I remember the mosques and I remember its reputation. I’ve never been here before. I feel comfortable. I don’t want to leave. I don’t need to keep walking.

There’s cat hair in my throat and my windpipe is closing. Armenderiáz steps in. You need to go. No, I need to get well. I’m throwing you out. There’s nothing I can do about this.

Dearborn doesn’t like wanderers or vagabonds. I was accosted, assaulted, and massaged by a number of strangers and small animals during my first week on the streets here, and it wasn’t until I found an alcove under a tree in a park no one goes to because of its poisoned river. I like the poison river; I think it tastes good. Sometimes when I’m down so bad it gets me well again. I met a wise man down there. Well, not a man—a toad.

You are very beautiful. I am a toad. Yes, I know of the Kermit Extended Universe. Tell me what is in your water. Benny, you need to listen to me. You need to come home. Monica and I—I’m really worried about you. You have to stop this. We’ve been a mess the last seven weeks, crying non-stop, and we know now that we cannot live without you. Please come home. We love you. I love you. It’s starting to hurt, I have to leave him. Make sure he gets home okay.

I didn’t have time to respond before the wise toad dropped dead. As he lay splashing on the edge of the water, I could see his eyes blinking and shaking. This goddamn projection technique isn’t moral. I can’t believe my cousin would “sacrifice” this poor guy just to talk to me. Ever heard of a text message? The toad was still flopping around down there! Imagine being possessed by an evil rooster and then dying. The nerve of this family. I’m never coming home. Time to shoot some more heroin and do absolutely nothing.