The Old Animal Prepares to Die

Somewhere in Québec, an elderly drunk is not feeling well. 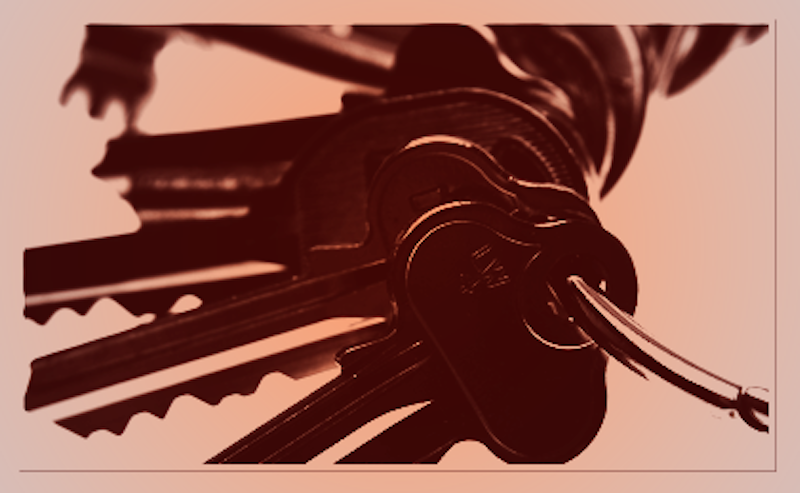 I went to see the handyman, who now lives five or six minutes away. In the old days I was on the first floor and he was in the basement, but now we're in different buildings.

I'm a klutz and he's clever with his hands, so I brought something that needed doing. This was a new blender with a plastic collar around its base. For some reason—don't ask me—the collar made it impossible for the blender to keep its base on. Yet the collar would not come off. I figured the handyman would know what to do and I'd pay him $5.

The handyman still lives in a basement, though he used to have a whole garage in which to set up his TV, films, beer supply and easy chair. In his new home he has just a cubbyhole of an apartment, one that he shares with Gérard, a pal who panhandles outside the liquor store. Gérard is able-bodied and can help the handyman get about and carry things. Both guys are tiny, grizzled and old, meaning deep into their 50s. In addition, the handyman has a leg that he broke four years ago and that will stay busted the rest of his life. He's always been as asshole and always drank too much, and now the years have passed and his life is folding up.

I rapped on his door and heard him say, from far inside, “Fuck.” Banging followed and more cursing; he was making his way to the door. He wasn't happy, and I wondered if I should stay.

“Oh, it's you,” he said when the door was open. “All right.” He turned his back and began wiggling and hobbling on the way home to his chair. His apartment, though small, had space for a hallway with a right angle, a hallway narrow as an alley and crowded with whatever the handyman couldn't fit in his main living space. “This fucking basket,” the handyman said. “This son-of-a-bitching fucking basket. You try this basket, you are so smart. You try this basket.” It was a metal basket set on wheels, for shopping, and it stood between the handyman and the last stretch to his chair. He had to haul himself over and around the chair, and then hope that momentum would carry over his chair's arm and not onto the floor. This time he made it.

“What do you want?” he said darkly, from within his chair. I explained my blender situation and said I'd pay him, which caused a lift in his mood. “That's interesting,” he said. But now he had to get out of his chair.

More tottering and cursing as he found a screwdriver and a long, stout flashlight. He ran the blender's base under the tap in the kitchenette, and then told me to take the flashlight and screwdriver. He hauled himself into his easy chair, somehow carrying the blender with him.

I handed him the flashlight and screwdriver and turned my back to look at one of the pictures on his wall. When I turned around again, the blender collar had popped off, just as I wanted. The handyman had the blender and its collar in his lap, looking pleased with himself.

I paid him $5, which he told me was rather low. I added $2, which pleased him more. At this point he told me he had an errand I should run. The liquor store was five minutes from closing and he wanted a flask of Chemineaud brandy, which he said cost $7.10 and happened to be right next to the cash register. He made a point of fishing a quarter from his end table and pressing it in my hand, along with the $7 I had just given him. I hurried for the half block to the store and bought the flask, then hurried back.

He was happy drinking it, but only for a minute or so. Then he started complaining about Gérard, or "Bozo." The two sleep with only a foot of space between their mattresses, and Gérard can be difficult. For example, he can't abide seeing a map on the wall, and the handyman has several National Geographic maps that he found. He wanted me to look though them and pick a good one for the wall.  Naturally I chose the United States, because that's where I'm from. But the choice pleased him.

I wanted to know why, and he said that's where he lived. “This is Canada,” I said. He said, "America, Canada, it's the same thing." Most of his 800 or 900 tapes and DVDs are of American movies. He watches TV mainly to see the C.S.I. shows and The Mentalist, plus a local program that involves regular people in gag situations. Years ago he also had the Law and Order shows and he'd lump them in with C.S.I., call all the shows together C.S.I. He was always skeptical and a bit miffed when I said I could tell the shows apart.

To get the map up we needed tape, and that was in the building's office, which was across the hallway. The handyman fumbled at his keys a while before he found the office key. “Good old hundred,” he said, because that's what the key had stamped on it. There were a bunch of other keys on the ring, 30 or so; they made him look like a man who still held badge of office. He's spent years working for the building's owner, Fat Peter (a pun the handyman loves).

I taped the map up on the wall behind the handyman's easy chair, where Gérard won't have to look at it from his mattress. The handyman let me have a beer, reluctantly, and then told me how he suffers from having Gérard around. "I just want to be alone for the space before I die," he said. I asked him how much longer he had to live. “Ten, 20 years,” he said. But a little later: “No, not even that much.” He smoked and coughed, and he talked about his leg. I asked if he was working. “Not that much,” he said.

A couple of times he stopped because there were footsteps outside the door. He cursed. But it wasn't Gérard and he could pick up again.

I pointed out that Gérard helped with the rent. The handyman said he didn't pay rent. This floored me. But he explained that Fat Peter, the building's owner, had told him last month: no rent, ever. Fat Peter's little brother, now deceased, owned the building where the handyman and I used to live. Fat Peter says his brother's will instructed him to look after the handyman forever. “I'm his responsibility,” the handyman said. It was the only time I saw him laugh that night. He laughed as if to say “Isn't that a crazy thing?”

The thought of not needing to pay rent made the handyman bitter about Gérard all over again. "I like you better," he told me. I said that was because I didn't live with him. "Yes, that's the reason," he said, and I went home.