Everything All of the Time

Dave Eggers' The Circle is an elegant and sly critique of the world we’re headed for. 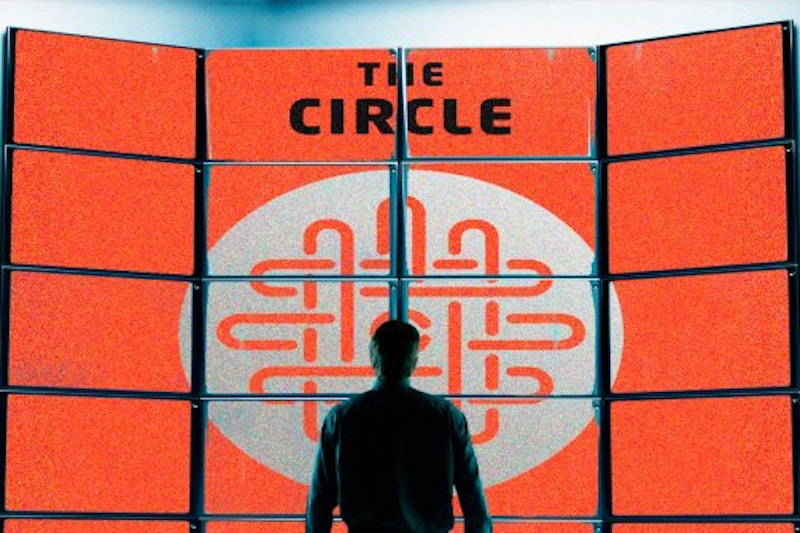 Dave Eggers’ newest novel The Circle is his best since What is the What. I left his last novel, A Hologram for the King on a plane. The only other thing he’s done that got me going was A Heartbreaking Work of Staggering Genius. Admitting to liking any of his work is considered extremely gauche by lots of people—most of my friends’ faces go sour at the mention of his name. His prose is obvious and aiming for a broad, mainstream audience, but so what? Eggers’ writing is fluid and efficient, and without any of the PC bullshit that makes most writers or artists heavily involved in “activism” so nauseating. He gets slagged for unabashed sentimentality, but he’s still deeply suspicious of our motives, short-sightedness, arrogance, and of our culture, stuck on orgasm, unable to bear discomfort for even a moment. That’s what The Circle is about: the neurosis of a constantly annotated and documented life, how we try to expose and catalogue the alchemy that is our personalities into numbers, charts, and list serves.

In a parallel universe, a conglomerate called the Circle is in the process of taking over, controlling, and perfecting every aspect of human life. We follow Mae, a young woman dying to get out of her dead-end job in a “nowhere town” and join the center of the universe, the most important and powerful company in the world, assisted by her friend Annie, a higher-up at the company. Their mission is “Completion”—with the advent of SeeChange cameras (high definition, easily mounted cost nothing, weigh nothing, big as lollipops, infinitely flexible and adjustable) and “transparency,” where at first politicians volunteer to wear cameras and audio feeds and live their lives publicly, receiving thousands upon thousands of views, messages, zings (tweets), and effluvia every waking second, too much to tend to in a sane world, but the Wise Men of the Circle want everything everywhere to be documented and known. When a wet-nosed beta-male named Francis records a sexual encounter with Mae on his phone, unbeknownst to her, he scoffs at deleting such an “important and rare” event for him. She begs him to delete it, incredulous that he would record such a meager 10-second handjob without her knowing and then have it available to everyone.

The way the people in this universe interact online and view privacy is jarring, disturbing, and truly scary. The specifics of Mae’s job at Customer Experience are never detailed. What Eggers highlights is the sheer volume of queries, messages, and an absurdly insecure tendency of people to panic or take it personally when they’re not written back to or acknowledged within half a dozen heartbeats. After Mae herself goes transparent, she’s a global star, known intimately and observed by millions of people every day, tasked to walk around the Circle’s campus and talk like a tour guide to herself, getting thousands of zings and messages of encouragement per hour. Her ego balloons. She has to say ridiculous things like “I want to thank all the watchers who sent frowns to the government there” when explaining a Chinese sculpture. “We’ve sent over 180 million frowns from the U.S. alone, and you can bet that has an effect on the regime.” Annie, her close friend and a guardian angel for most of the book, suddenly morphs into a “fucking debutante” in Mae’s head as needles of doubt shoot into and expand inside of her otherwise flawless, curated, and observed existence. Walking through a city as cosmopolitan as San Francisco becomes a “Third World experience,” with all its “homeless people, attendant and assaulting smells, machines that didn’t work.”

It might seem naive or overly earnest to criticize the cancer of the Internet through a 450-page novel, but whoever reads The Circle will delight in how Eggers eviscerates the forced corporate smiles, the people whose moods must never dip below “Awesome!”, and how easily people will submit to total surveillance. The SeeChange cameras wiped out Internet trolls and anonymous, lewd comments (when Mae’s camera gets an intimate view of her doctor’s cleavage, all the creepy old men can say is “So happy to see the doctor again!” and “Let the examination begin”), and everyone has accepted this ecstasy reality, because with everyone watching, how can you do anything against the law or “inappropriate”?

Even eating poorly gets Mae a zillion zings suggesting better kinds of salmon, better meats without nitrates. In total submission to a higher power, whether it’s God, or in this case, the rest of the watching human race, one finds freedom, peace, eternal comfort but losing all autonomy in discarding the possibility of pain. Eggers’ book is written in plain, welcoming prose that glides, and though the people that need to read this book the most won’t ever hear of it, it’s encouraging to see such a relevant and incisive critique of what Google’s Eric Schmidt wants to do to the world.