My life and hard times. 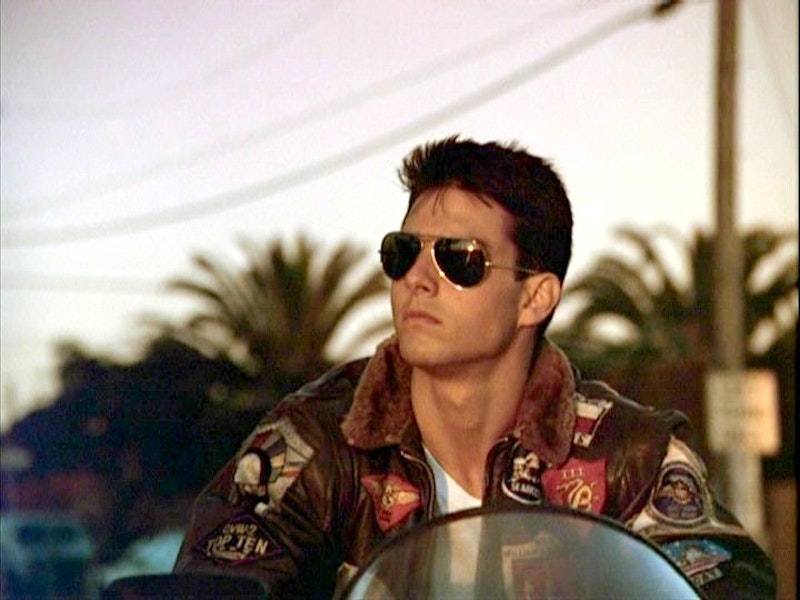 This is something I've never told anybody. It is so intimate and trivial, and so dismal, that fishing it out is like presenting a crumb from your ear. But my life is right there, in that crumb of a memory from a library reading room at New York University. This reading room was for magazines, and I was reading about Tom Cruise.

Nobody else was in sight. I had climbed, I don't know, several floors to get there, and on the way up I had seen nobody. The building in question was a monster and light got lost. Trudging up the central flight of stairs, you could have open space above and beneath you, maybe an acre altogether. Off to any side you looked, there would be an empty aisle of books: nobody there, just linoleum and shelves, and the books like dim rectangles.

Reading about Tom Cruise, I crouched on a round orange unit that was like a shrunken sofa. It had white peg legs, and more such units were parked here and there. The carpeting was green and thin and went everywhere, without exception. Fluorescent lights hung in banks; as always they gave things a look similar to Saran Wrap. Magazines like Punch and International Journal of Economics and CoEvolution Quarterly sat on metal shelves. The orange mini-sofas and metal magazine cases, and the carpeting, traveled a long way off. They could be seen near distant walls. I mean it was a big place, and I sat there and read Rolling Stone (a recent issue, on a wood pole) and listened to the chug of the air conditioning. The place was chilly.

Nobody else there, a Saturday afternoon in summer. I read the profile about Tom Cruise, who was my age and had just starred in Top Gun. It opened with a vignette that showed the essential Cruise. He was not one to let a situation take him. He would look it hard in the eye and see what had to be done. That was the thrust of it all. I don't remember what actually happened in the vignette. Maybe it was just Tom Cruise in mid-conversation, explaining this cool-eyed temperament of his. But the thrust was plenty. Because I had come to the same conclusion several years before: you just had to look at a situation full on and do what was necessary. Having this knack, the full-on gaze, allowed you to win at life instead of lose. But most people lost because they couldn't look at things as they were.

I had hit on my breakthrough in college, and had managed to get decent results from it for a semester. But then I folded and everything went bad. Not dramatically so, but bad. I didn't get an Honors thesis; after college I didn't get a job I could brag about. I knew you had to look straight on at the truth, but knowing that didn't seem to give me the knack. I spent a lot time wondering about myself and why I couldn't connect.

I was there in the NYU library on a day when the sun was shining hot and bright some place leagues away, on the other side of the metal shelves and distant walls. I was reading Rolling Stone even though I was no longer so interested in the magazine, not enough to buy a copy. I was two years out of college and had nothing to do with myself when not at work, where mainly I was bored. I had gone and paid NYU a fee to be a member of its library, I forget why. But there I sat, reading about Tom Cruise and wondering why he was a success and I wasn't.

At different times in my life I have been very frightened and very relieved and rather hopeful and extremely frustrated. I have been in office showdowns and foreign cities and little towns near tropical beaches. But, really, all my days have been like that afternoon in the library. Jazzed up here, darkened there, but all pretty much just like that.