The Monastic Uses of Royal Jelly 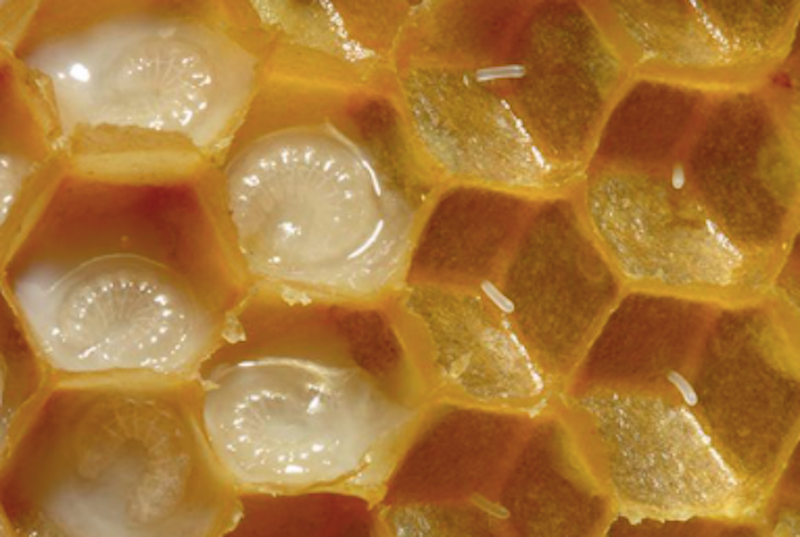 A prophet resigned to obscurity, I’m untroubled when writers with higher profiles in the sewers of the Internet appropriate my ideas and republish them in slightly different forms. So with good cheer do I direct readers to this article by Chris Arnade. It elaborates on my own position to argue that the establishment has already co-opted Black Lives Matter. Having done so, it will now proceed to smother it with love, to paraphrase Arnade.

Here in Indiana, the several residents of our little rural Benedict Option community are operating in blithe disregard of the prognostications of alarmists who consider the U.S. on the brink of a “Marxist” or “Maoist” revolution. A neo-liberalism that has assimilated, and learned to speak the language of, the upscale campus left is what we’ll be living with, for better or for worse, for the foreseeable future.

Meanwhile, I continue to settle into my new hobby of bee cultivation.

As I’ve mentioned before, the life of the novice beekeeper can be a painful one. Yet the stings that I’ve suffered so far have helped relieve the arthritis that’s set into my hands in recent years—bee venom being, as Russian folk remedy has long known, therapeutic for arthritic symptoms. Wonderful!

My beekeeping mentor, Dmitri Ivanovich, a Russian immigrant who’s a fellow parishioner at our local Orthodox mission church, tells me that his late father, who kept hives in the countryside outside of Kursk, would each morning contrive to have himself stung by one of his honeybees. He would hold the little fellow between his fingers and press its stinger to his forearm or, weather permitting, his buttocks—those spots being relatively resistant to pain.

I still resist “stinging myself” in this way. But I’m willing to do it if my arthritis gets even worse as I push 70. Already the affliction is making hard things that were easy to do just a year ago: long-hand writing, lighting the stove, flossing, the steadying of the member during micturition.

Great Russian literature contains not a few references to pchelovodstvo, beekeeping. Even an amateur lover of Pushkin will remember Arseniy the Beekeeper, from the master’s unfinished tale “The Story of the Village of Goryukhino,” whose testicles swelled to the size of “Kherson melons” after the witch Agata mischievously compelled him to slather them with royal jelly that she had given him in an enchanted flagon.

I’m fascinated by royal jelly, that rarefied secretion of the nurse bee, available from each hive in only tiny quantities. “Crunchy” Westerners know royal jelly as a healthful dietary supplement. We Russophiles know that it has other uses, too. Brother Aiden, my partner here in our Benedict Option enterprise and our resident expert on Orthodox monasticism, tells me that it was also used as a lubricant among Russian monks, used to facilitate both medical probings and exercises in solitary monastic recreation. Its use fell by the wayside, for a variety of reasons, after the Schism.

Meanwhile, the Russian Orthodox heart swells with pride to hear about the Kremlin’s success in keeping COVID-19 so well contained in Russia. This is a success that our media has kept a secret from U.S. audiences, because it might reflect well on a Putinist regime against which our masters would prefer we were all united in Russophobic loathing.

A country of 145 million with a mere several hundred COVID-19 cases! We Americans would do well to learn from our civilizational superiors.