Let’s make fun of a professor. 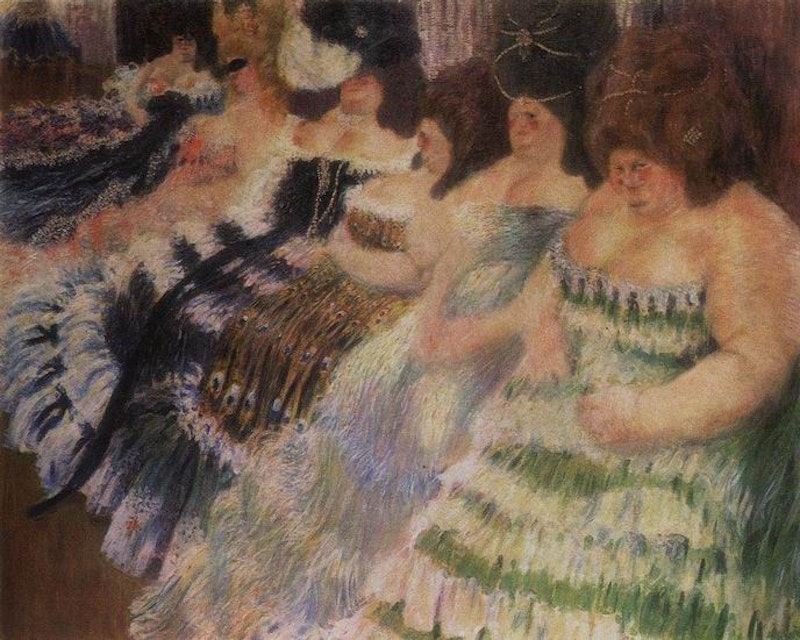 I found a passage that displays double evidence failure. It’s from an article at Medieval.net that discusses how people back then felt about fatness and thinness. Toward the top the article tells us: “Furthermore, it was often men who were often going to great lengths to acquire a svelte body, while what we might consider extra weight today could be seen as beautiful on a woman.” Let’s pause to note the “often men who were often.” But that’s not the bit I have in mind. Here’s the passage exploring the author’s claim about beauty and women:

“…plumpness was by no means considered a bad thing in medieval women. Vigarello, in his Metamorphoses of Fat, sees largeness as the sine qua non of female beauty in early medieval romances. The late fourteenth-century Goodman of Paris says that a horse ought to have four qualities also found in comely maidens: a handsome mane, beautiful chest, fine loins, and large buttocks.”

That’s 62 words out of an article running for 2000 words or so. But it’s all the article tells us about the matter. First, the author waves a book at us—this is Les métamorphoses du gras by Georges Vigarello. It may present convincing evidence or it may not; we don’t know. At the start of his article, the author presents the book as a mere counterpart to another: Vigarello’s book argues that medieval feeling was pro-fat, the other argues that a few different attitudes could be found. When it comes time to flesh out matters, so to speak, the article simply reminds us of this book’s continued existence. For his second trick, the author switches one thing for another. Why should “large” be considered fat, especially if horses are involved? A horse’s big ass is considered a good thing because of muscle; perhaps that’s what Goodman had in mind for women.

The article has plenty to say about other topics, just not the appreciation of medieval men for fat women. Perhaps an editor said to put in the subject, since it’s a popular favorite. I was a boy when I first heard that people in pre-modern Europe liked fat women because food was scarce and fatness therefore deluxe. Botticelli’s Venus cuts against the idea, but look at some Titians and you see a lot of girls with smuggled basketballs. It would be nice to have the matter nailed down in brief form. Instead we have some sleight of hand and a small jewel box of professorial foppishness. The author—a history professor on the Massachusetts circuit “as well as a fencing master and jouster”—opens by telling us he’s on a ketogenic diet, a term he doesn’t define. Those two books that say different things? One “shows a progression from medieval alterity to modern attitudes,” while in the other “fat is a polyvalent and ambiguous symbol.” Things often are like that frequently.