Memories of a Collector 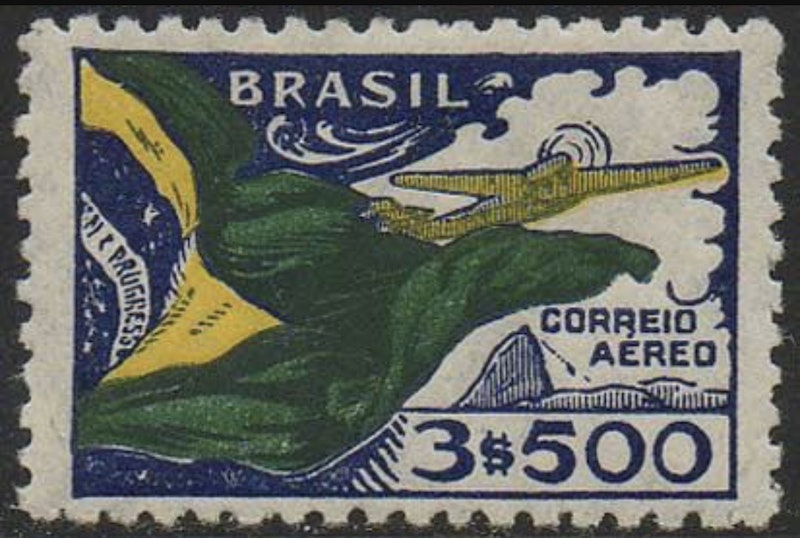 The year was 1989. I was 11, a student in the seventh grade at Professor Josino Macêdo State School, located in the Conjunto Panatis II, North Zone of Natal (Brazil). It was at this school that I came face-to-face with postal stamps. Organized in a notebook, they were different sizes, formats and from different countries. Ze Filho, my friend, had brought and displayed them in our classroom with great enthusiasm. He said he’d received them from a friend of a family who lived in a European country. My reaction was immediate. Postal stamps were my new love. How I wished to have them, to be a skilled collector of those mini-colorful marvels. In those days I used to read comic books, especially Marvel and DC, as well as collect bubble gum figures and newsstand scrapbooks as a hobby. My desire to collect postal stamps, however, fell into a slumber. Why? I couldn’t find any.

Then, in 1990, a collection album of self-adhesive images resembling postal stamps from different countries was sold at newsstands. Although they were just reproductions, it was my second contact with postal labels. Time moved on again and the desire to collect genuine postal stamps descended into oblivion.

In 1993, during my third year of studies at Professor Anísio Teixeira State School, I sent my resumé to a company that recruited students for internships. On May 31st, I received a letter from the internship department inviting me to the AGAE Co. Indústria Ltda., a construction material company. When I arrived for the interview the director informed me that the internship was related to services as a clerk in a post office franchise. Also named Agência AGAE, this department operated in the store’s annex. After an interview in the morning, I began work later that evening. The euphoria of first-time employment was so overwhelming that I didn’t realize that this job presented an opportunity to become acquainted with postal stamps. There they were, so colorful, so many, with various imprints and in multiple formats. My chance to start a postal collection had finally arrived.

I learned there was an office dedicated exclusively for lovers of philately in Natal. It was called the Agência Filatélica de Natal (Philately Agency of Natal). I visited the first chance I had. Once there, I met master Expedito. He provided me with the initial guidance on how to become a collector. (Expedito Jose Fernandes was the director of the Philately Agency of Natal for more than three decades, dedicating this period to consulting and organizing everything involving philately in the state of Rio Grande do Norte). During this period I became aware that the Potiguar Philatelic Club held regular meetings, facilitating interactions between collectors and selling postal stamps and other philatelic objects.

In 1996, at the invitation of the Philately Agency of Natal, I held my first philatelic exhibition open to the public. Entitled “Olympic Sports Through Philately,” it was hosted in the Natal Central Agency Hall. That same year, I passed a public exam to become a mailman, a position I held from 1997 to 2001. For four and a half years I traversed, day-in and day-out, the main addresses of Natal’s south zone. During my postman days I made many friendships and acquired many postal stamps.

In 1999, I participated in the VII Nordex 1999 here in the Land of Poti with a postal stamp collection highlighting transportation means. In 2003, I won a bronze medal in the VIII Nordex (Olinda, Pernambuco). I went on to present collections entitled “Brazilian Football in Postal Stamps” and “WWF—In Defense of Nature,” both earning bronze medals in later editions of the same contest. As part of the IX Nordex (Fortaleza, Ceará—2009) and XI Brapex (Recife, Pernambuco—2011), I showcased my personalized Rio Grande do Norte postal stamp collection. On both occasions I took home bronze medals.

After passing the national university entrance exam (vestibular) in 2000, I began my undergraduate studies in pedagogy at the Federal University of Rio Grande do Norte. Under harsh circumstances and the incredulous gaze of some, I fulfilled my labor duties, and successfully completed all required credits for my degree at the end of 2007. During my university days I had no time to practice philately so I simply placed all of my collection albums and prizes on a safe area of my bookshelf. However, my memory flickered during a history course: “Why not use postal stamp images as part of my monograph?” I started to believe such an idea was ridiculous until, with a certain degree of fear, I explained my idea to my history professor. To my surprise, he found the proposal interesting and accepted my invitation to mentor the project. Titled, “Philately and Education: The Postal Stamp As A Source of School Knowledge,” it was in the 2008 Floripa National Exposition in Florianopolis (Santa Catarina) where I was awarded a silver medal.

Nowadays we often observe teachers tirelessly putting forth their best effort to make their classes more enjoyable. Recreational games and toys, logic games, riddles and guesswork, building small objects and models, conducting scientific experiments, among other activities, are constantly utilized in classrooms. Still, we understand that most of these projects are limited to the classroom, providing students with few opportunities to continue their development on a day-to-day basis. Anyway, most of them prefer to occupy their free time seated in front of the television, playing virtual games or browsing the Internet.

The Italian sociologist, Domenico De Massi, notes that one of the most fundamental challenges in modern society involves finding ways to educate during idle time. Viewing leisure time as a chance to learn, De Massi states, “Education during one’s free time means knowing how to choose a good film, play, book… It involves teaching the individual how to avoid being induced by alienation during that free time.” Even sporting activities should be employed during the educational process. Consequently, education is responsible for knowing how to choose or provide pathways that allow us to make good use of leisure time. Within these paths we emphasize the habit of collecting. It’s common to find people throughout the world who collect various items: postcards, match and cigarette boxes, beer cans, self-adhesive figures, various types of miniature figurines, and so on. It all comprises the unconscious human aim of preservation. Knowledge obtained from civilizations that preceded ours was only possible thanks to some collectors.

We believe that leisure time is best spent fomenting in students, particularly those in their early years of development, the desire to take up an old habit, one that was considered to be the hobby of kings. I’m referring to philately. Throughout the world, countless people have come to view these tiny objects in a special way, not only viewing them as payment for correspondence shipping fees, but also as communicative objects and transmitters of knowledge.

We normally see stamps at home or in the hands of mailmen. Concerning philately, Gehisa Saldanha wrote: “Philately is more than just a hobby, it’s a means of unity between people, it is a permanent source of knowledge about geography, history, sports, politics and arts of each country, and promotes their natural beauty and riches. It represents the continual development of artistic and individual esthetics, keeping their organizational skills and methods up-to-date and refined.” (Tudo Sobre Selos: Filatelia: Rio de Janeiro: Tecnoprint Ltda., 1981, p. 15.)

Elementary school teachers can identify content in postal stamp images that facilitate efficient classroom learning. With the aim of “introducing the student to the interpretation of diverse sources of information, they can, little by little, acquire intellectual autonomy,” as clearly mentioned in the National Curriculum Parameter of elementary school history. Additionally, it provides them with the tools to gain knowledge through relaxation and innovation. We also hope that students are encouraged to reflect and embark on a quest of new discoveries from postal stamp images, knowing that philately is, quintessentially, a vast source of researchable material that can be utilized during the educational process.