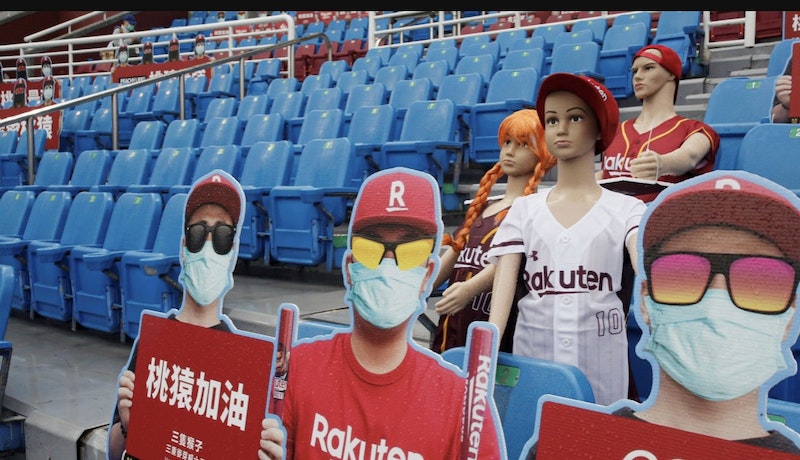 We played ball dressed as mercenaries, like sultans of SWAT. We wore body armor and ballistic helmets, kneepads and gloves, face paint and face strips below our eyes. We wore night vision goggles and weather-proof pants, earbuds and wireless mics. We had snipers on rooftops and lookouts on bikes. We had the best parents in the world.

Sirens muffled the sound of drones. The sound was embryonic, like a fetal heartbeat, despite the absence of life; in spite of the lifelike sound from a plastic thorax with propellers for wings, as if life began at 24 weeks, when a baby weighed as little as a machine. The sound was the opening shot of our pregame show, minus the hellfire and the beginning of “The End,” minus the shamanistic sounds of Morrison, Manzarek, Krieger, and Densmore.

The sound signaled our attempt to scale the fence and take the field. The sound preceded the drop, as a parent leaned a stepladder against the fence. The ladder had a three-foot-long slide, a duct-taped piece of playground equipment lifted from the front yard across the street. After three successes, the slide broke and impaled itself on the top rail of the fence; the twisted edges of galvanized steel claimed the remnant of orange plastic, evidence of our trespassing. The other players, myself included, jumped—and hit the grass.

Then, in a pantomime of man-on-the-street reportage, hand to his ear, in his best-worst impersonation of Edwin Newman, as if the voice of NBC Radio had transported himself from 30 Rockefeller Plaza to a slab of sidewalk outside the window display of an appliance store in midtown Manhattan; there, before a backdrop of flickering, black-and-white TV sets, surrounded by people, Fitzgerald inserted himself into the scene. The playing field became Love Field, until the voices of the present delivered Fitzgerald from the past. He had the lookouts on speaker.

We were phosphors, foiled by fog and frustrated by house lights. We called time while Fitzgerald called for help.

—Shea, it’s Wrigley. We can see you, but we can’t see the field. Ask them, please. I’ll tell Three Rivers. Thanks.

—That’s what I call him.

—What drug is that?

—Not a drug. His family has a tree.

—Don’t we all. My maternal grandmother’s father was half-Quaker.

—We should call it.

Between the burst of fireworks and the blast of gunfire, between a trifecta of star-spangled glory and a trajectory of brass missiles, between the synchronicity of explosions, we hit our mark. Unaware that a teammate’s mother, in her aerie of stucco and Spanish tile, had also hit hers, that she’d killed two people who looked like looters, I was the first to score.

It was a headshot to the back of Sylvan’s helmet. The barrel of the bat—the sweet spot—floored him.

“Triple!” Adderall said, with a hit to Sylvan’s right shoulder.

Our bats were mallets; Sylvan’s body, a series of keys; his bones, a variety of bars; his cries, music to our ears.

We hit for the cycle, individually and repeatedly.

We won the game.