The Many Loves of “Herc” Broadsides

A story about a legendary coach and his lovelorn lass. 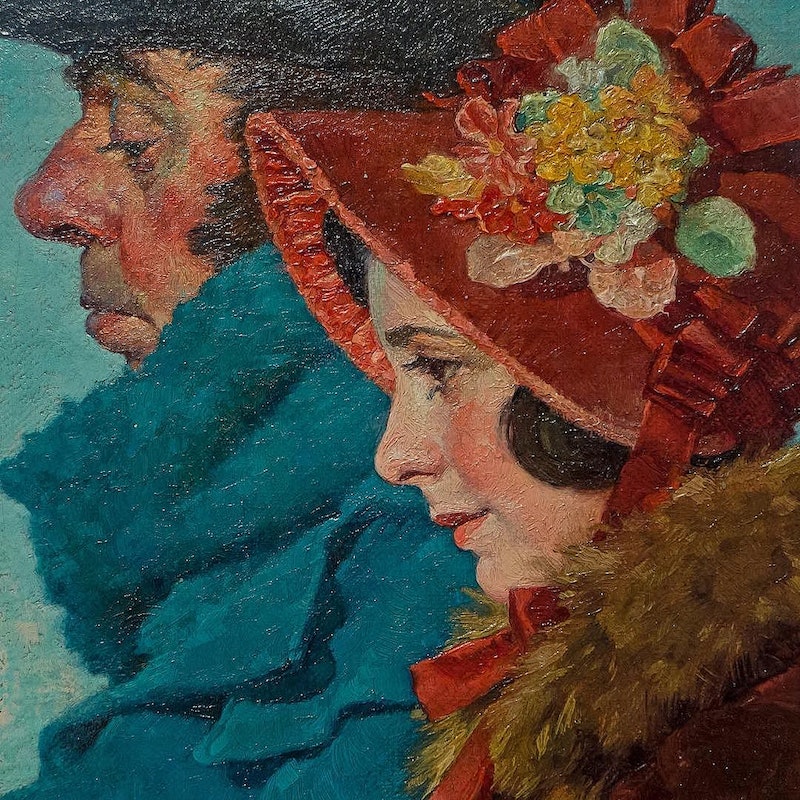 This is a story about the love that passeth all understanding, which in my case was for “Herc” Broadsides. We dated for four years in high school, then for a semester in college. Right before we broke up, he promised me that we were going to get engaged. What we had was beautiful, and I knew it was right. When something’s right, it’s right, you know?

“Herc” was the captain of this, the president of that. He was a great guy. The people who knew him always remarked on that. “‘Herc,’ you’re a great guy,” they’d say. Or they’d tell me how lucky I was to be dating him. Don’t think I didn’t know this. I was the luckiest girl in the whole world.

Whenever I told him how much I loved him, he’d hem and haw before saying something reassuring but noncommittal. “You know I don’t go in for that mushy stuff, kid,” he might say. Or, “You’re the one dame in my life today, babycakes.”

As it turned out, that last phrase was true only during the moments when I was alone with “Herc,” because there were a lot of “dames” in his life. In addition to being captain of this and president of that, he was a champion asshole.

Not that it mattered. You can’t choose the person you’re going to love, so most of us wind up loving losers and champion assholes. The world isn’t filled with princes and prizes, and it’s difficult to come to terms with this if you, like me, grow up believing that it is.

Afterwards, he went on to do whatever it is that people do when they leave your life forever. I tried to put him out of my mind, but it’s not easy to efface such a significant part of your past. Since him, I’ve dated a string of losers and champion assholes, some worse than “Herc” and some better, and it hasn’t made a bit of difference.

I have a certain dream that keeps recurring. In it, I’m following “Herc” along a narrow gravel path. On our left is a jagged coastline, on the right a carpet of sand that stretches out beyond the horizon. He’s walking fast, and I’m struggling to maintain the pace.

“Could you slow down? Could you at least wait for me?” I call out to him.

He doesn’t stop, so I try to leave the path and maybe loop around him, cutting him off. On both sides, though, I’m barred by a transparent material that feels like Plexiglas. All I can do is keep moving forward, yet I’m falling further and further behind. Although I want to shout something at him, there’s nothing left for me to say. We go on like this until I wake up in a panic.

My friends tell me that this is all perfectly normal, and maybe they’re right.