The Love Of My Life Was a Rebound Relationship

Maybe I’ll eventually find someone that’ll make me feel like a supernova again. 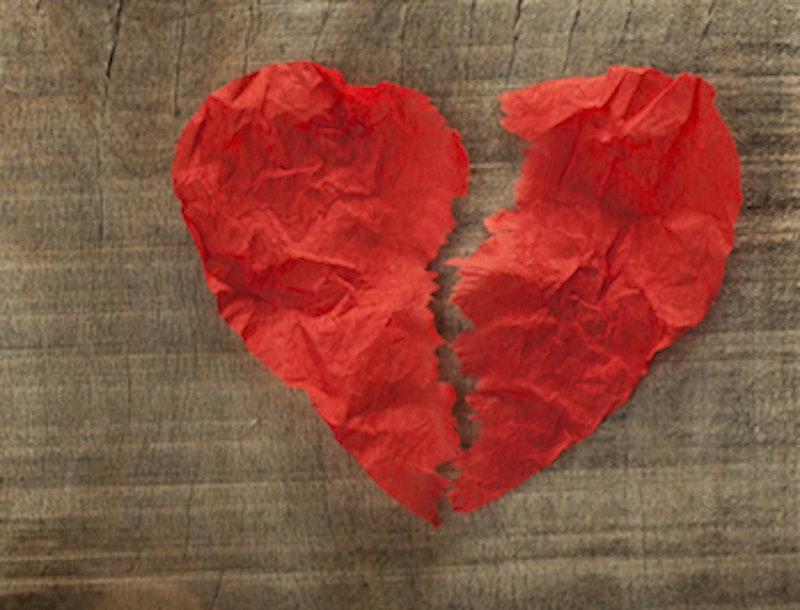 I met my first boyfriend shortly after my six-year relationship with a conservative Christian woman. The breakup up was a long time coming. She and her family demanded I become a true man of God, which to them meant leaving a job that I liked to apply for higher-paying jobs I didn’t want, being a conservative Calvinist instead of being a hippie liberal Christian, and making sure I marry her and get her pregnant before she turned 35. Near the end of our relationship, I realized I was bisexual.

Despite the week-long depressive episode that followed our breakup, I was finally free. I could be a hippie queer liberal Christian who no longer believed in Hell without anyone’s approval. Coming out publicly as bisexual was my first step towards freedom, followed by leaving the conservative Lutheran church I was attending for a more liberal one and looking at gay dating sites. That’s where I found “Scott.” We had our first date two weeks after we started talking online. Scott was everything my ex wasn’t: he was studying to get a Masters in Biology, had the same liberal political and religious views I did, and was a total science geek. I knew we were going to see each other again after that first date.

We tried to take it slow, but our third date changed everything. After dinner we got into my car knowing we were going to kiss. I wasn’t sure how to approach the subject so I tried to make small talk until he finally said, “Shut up and kiss me.” Even now I can still taste his wet lips, feel his rough stubble against my cheek, and smell his cologne. The next day we publicly announced our relationship on Facebook.

Scott and I talked on the phone every night, and saw each other every weekend. We’d meet up either in Cambridge or Salisbury, MD, have dinner, sometimes see a movie, and spend the rest of the date making out in my car. He lived 90 minutes away from my house, so we didn’t get a chance to hang out at each other’s homes that much. When we did, we’d watch sci-fi movies, have dinner with our respective parents, and clumsily fuck like awkward teenagers. Being with him made me feel like a supernova ready to explode and burn up everything in my way. We were two unapologetic queers ready to deconstruct everyone’s heteronormative narrative.

It got awkward in the fall. Stress from graduate school and work amped up our mental health issues. I clung to him more during those days because I knew no one else could save us but each other. I thought I knew exactly what he was going through, but didn’t. He didn’t just have depression and anxiety like me; he had an extreme case of bipolar disorder that triggered psychosis during manic stages. His meds kept the psychosis at bay, but he struggled. Still, I clung onto him thinking that we could be each other’s saviors. We survived the madness, but our relationship didn’t.

One night in December when I called him for our nightly talk, he said, “We need to talk.” He was breaking up with me because he was struggling with so much stress from college that he couldn’t put any energy into a relationship. He also told me he couldn’t meet all my demands.

“I never demanded anything from you,” I said.

“Not with your words,” he replied. Apparently I was more in love with him than he was with me. He loved me, but had his own life to figure out, and I wasn’t giving him enough space. And with that, our nine-month relationship was over.

That was back in 2012. I haven’t been with anyone since Scott. I tried, but nothing happened. Either there was no chemistry between us, or I realized the other person couldn’t fill Scott’s shoes. Also I’m worried that I’ll fall so in love with my next partner that the inevitable breakup will hurt too much, so why even bother? Maybe I’ll eventually find someone that’ll make me feel like a supernova again, but even then there will be a voice in the back of my head reminding me that this person just won’t be Scott.