Screwed by the Maryland Historical Society. 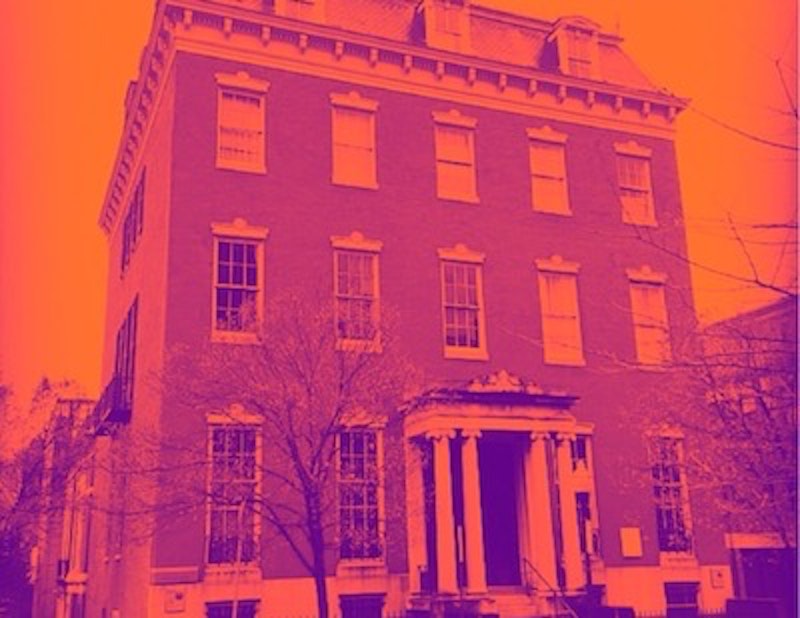 I was born at City Hospital in Baltimore. It was a late evening on July 9th in 1956. After well over a half-century knocking around, I should know a little bit of something about anything. I know less every day. I had a normal childhood, not knowing what's normal exactly, let me say I never got caught doing anything abnormal. Whatever normal’s supposed to be. This too is questionable. I talked to myself at times, had imaginary friends and lovers. I might've grown up physically but I believe my mind never matured into adulthood. Not trusting “adults” and the authority they pull around like a mad dog on a short chain. I resisted what was considered the norm and now as time goes by, many of the things I rejected then are no longer valid today. Normal people scare the hell out of me.

I was a weird child. I was a loner who avoided group activities like sports. Tallying points or runs, making goals, getting strikes and outs and running around like an idiot just wasn't my thing. Today it's no different except now more people see the hype of organized corporate pro sports and the obscenely overpaid athletes who participate in the comedic farce of playing brave gladiators. Some have even compared bigtime sports to the old plantation system of master and slaves. I’ll leave it to you who’s who. Rabid fans foaming at the mouth for blood, overpriced hot dogs, cheap nachos, and stale beer.

Every town is loyal to the home team. For me music, film, and art were my spectator sports. I loved everything about listening to all varieties of music, creating songs, pictures, poems, watching films and the entire gambit of what makes art so appealing. It's been a few years since I left my old life behind in Baltimore, along with my misspent youth and murky past. My teenage daydreams of Baltimore were forever young like the town itself. Baltimore was barely a city when I was a kid. It was a quaint backward port town of blue-collar, hard-drinking steelworkers, watermen, farmers and the scrappy characters that made our town quirky and fresh, yet old-fashioned. Local traditions melded together with old tales and stories of how people lived in our Tinytown along the Chesapeake Bay.

After more than 40 years surviving as a poet and musician in Baltimore, I’d accumulated an archive of ephemera. Original flyers from poetry readings, art openings, band gigs, photos, manuscripts, recordings, newspaper clippings, etc. So much stuff that it filled eight boxes. I decided to document and create a website where I could keep everything stored and filed away digitally. It became a major task and a monotonous procedure of scanning page after page of my collection, photocopying and taking digital pictures of the archives. The website is up but there’s still only a small fraction of the archives posted.

I thought maybe I should donate my archives to the main branch of Enoch Pratt Free Library located on Cathedral St. in downtown Baltimore. Let them catalog the massive archives. Beginning in the 1970s, I was a significant part of the local underground in Baltimore. A founding member of the first punk band in the city, and running an alternative arts space showcasing poetry and music and performance art. Well into the 1980s, establishing the first independent underground small press poetry collective. I’m not tooting my horn, just giving the facts of my past. Upon contacting the library, I was informed in no uncertain terms that they’d gladly receive my collection but it would likely languish on a shelf somewhere in the basement collecting more dust. For decades the boxes of my personal history sat in the rafters of my parents’ garage where the squirrels had made nests and destroyed a few boxes pissing and shitting on them, also chewing up my papered past into a smelly pulp of confetti.

I spoke with a friend who works at Enoch Pratt and explained I wanted my archives to be accessible and not hidden away in the vaults. He agreed and referred me to another friend who works at the Eisenhower library at Johns Hopkins. This acquaintance was too busy at the time to take on another project so he referred me to yet another acquaintance at the Maryland Historical Society. I called them and made an appointment to meet and show them examples of my collection.

The original meeting was promising, but I was informed a unanimous vote by all the curators and big muckety mucks was required before they could accept my contribution. This occurred almost two years ago. As the months passed I forgot about my website and archives and put it on the back burner of my mind. Meanwhile other artists, poets and musicians I knew also expressed an interest to me in conversations of donating to the collection. I finally received word from one of the curators at MDHS that they’d love to acquire my collection. Yet another meeting was scheduled. In the process a major collection of Baltimore’s underground culture and alternative storied past began to grow. It was agreed by MDHS and myself to organize an exhibition at the Maryland Historical Society Galleries, Auditorium, and Library facilities. Opening events were to be scheduled. Live poetry, music, film, and theater performances were slated for the fall of 2018. Which is soon. This exhibition will span the decades from the late-60s up to the end of the last century.

A list of contributors was submitted and the process was underway. Individuals from their fields of expertise were selected to organize and direct projects. There was a live movie showcase of Baltimore Underground Films. A Baltimore Marathon Poetry Reading, guest speakers slated for the opening reception, etc. It became clear that this was no longer just about me and required a lot of organizing and groundwork. I received commitments and promises of full cooperation from the MDHS. They were excited about the possibilities, as was I, with this collection under the working title of The Baltimore Sound & Visual Collection.

After two years of bullshit meetings, commitments and promises from The Maryland Historical Society I was notified by email a few months ago that they wouldn’t be participating in the Baltimore Sound & Visual Collection. There would be no Underground Films, no Poetry Marathon, no live music from the original bands of the underground years, only a 45-minute reception of the acquisitions they acquired from contributors and a “Fashion Show” they wanted to put on as part of the archives. I was flabbergasted. I wasted two years.

It was painful. I looked foolish, once again duped by authorities. I actually believed they were genuinely interested in a piece of local history that I was part of. That my life of living as a poet and musician was not in vain. My work mattered and it meant something more than the paper it was written on. It was nice to finally be recognized for a lifetime of obscurity and infamy. To be respected and receive accolades for my work and contribution to the city. It would’ve been a really good boost to Baltimore. Giving a positive spin on a city plagued with nothing but bad press and fear.

I’ve left behind the past and have a new life away from all that mess. Away from the pettiness of a town without a city. I loved Baltimore. What happened with The Maryland Historical Society was a wakeup call. The final nail as I closed the lid on my old life. The only good thing to come out of this experience is that I still have the bulk of my archives. I never turned it all over to them. I’m grateful for that and also to have the platform to tell anyone who reads this the truth about what went down so badly. It’s a fitting end to a sad tale. I’m including a short excerpt from a contributor to The Baltimore Sound & Visual Collection.

“I warned Tom, from my substantial experience with museums, that many upper museum management types are merely parasites living off the people whose work is exhibited & that their main interest is in getting a good paycheck & shirking work in meetings. The creative people be damned, we're just blood sources for the ticks. After donating printed matter & rejecting a release form giving them ALL rights to said work, I suggested instead a contract where they were simply welcome to use it. They stopped communicating. I'm not dead yet but will they feast on my corpse when I go?”