Only a Norwood Song 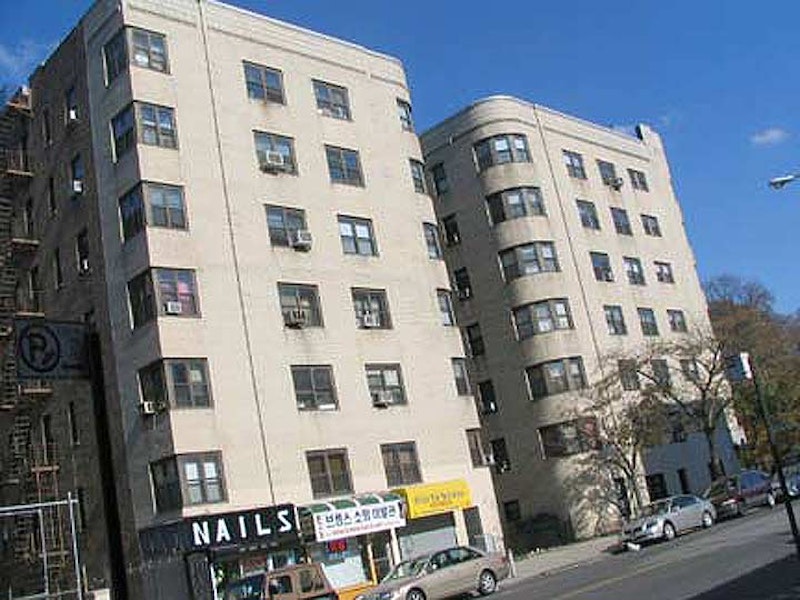 Norwood’s a triangle-shaped Bronx neighborhood defined by Woodlawn Cemetery on the north, the New York Botanical Garden on the east, and Mosholu Parkway on the south; Reservoir Oval, delineating a former Williamsbridge Reservoir, approximately limns the center.

Norwood was originally part of the Varian family’s dairy farm. The Varians, who produced a New York City mayor, owned the oldest house in the area, which is still standing. The name either comes from “North Woods” or from Carlisle Norwood, a friend of Leonard Jerome, the grandfather of Winston Churchill who owned the nearby Jerome Park Race Track in the 1860s. The neighborhood was laid out in 1889 by entrepreneur Josiah Briggs.

For a couple of decades in the late-20th century, Norwood and its immediate neighbor to the south, Bedford Park, were Irish enclaves, after immigrants from Northern Ireland during the era of The Troubles settled here, in Woodlawn Heights to the north, and in Queens’ Woodside. Norwood became known as “Little Belfast” and was a hotbed for supporters of the Irish Republican Army. Eventually the Irish influence in the area lessened, as many Irish returned home to participate in the homeland’s roaring economy in the 1990s and early-2000s. Traces of Little Belfast, though, can still be found along Bainbridge Ave. Norwood was where the Irish-American band Black 47 first attracted notice.

Mosholu Parkway was laid out as a true parkway, a relatively narrow carriage road lined with trees and foliage, along another former waterway, known to the Dutch as Schuil (anglicized as School) Brook. Mosholu Parkway originally ran only between Bronx and Van Cortlandt Parks, with through traffic running in the center and local and commercial traffic on the service roads. The general concept of the parkway system, devised by urban architect Frederick Law Olmsted in the 1860s, was to extend large parks by making the roads that connected them into parks themselves. Olmsted’s vision can be seen in Brooklyn’s Ocean and Eastern Parkways, and in the Bronx’s Mosholu Parkway and Pelham Parkway (whose official name is the Bronx and Pelham Parkway because it connects Bronx and Pelham Bay Parks).

Mosholu Parkway was built in 1888 and was originally known as Middlebrook Rd. because of its route along School Brook. In its original stretch between Bronx and Van Cortlandt Parks, it ranks along with the other parkways built in the Olmsted vision among the country’s most beautiful roadways. The photo shown above is one of the numerous Moderne dwellings found along the parkway. 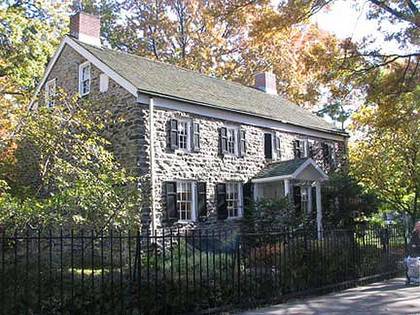 Though Brooklyn has the lion’s share of pre-Revolutionary War houses, there’s one in Norwood that qualifies, just barely. In 1758, blacksmith Isaac Valentine purchased property from the Dutch Reformed Church at today’s Bainbridge Avenue and Van Cortlandt Ave. E., and, depending on what account you read, built this fieldstone cottage either in the 1750s or as a successor to a previous home in 1775.

Like the Old Stone House in Brooklyn’s Park Slope, the Valentine cottage was the scene of a Revolutionary War battle. By 1777 the home was occupied by British and Hessians but was recaptured by General William Heath after a brief but fierce battle that left he house surprisingly intact. By 1791 the house and land had been sold to Isaac Varian, whose grandson, Isaac L. Varian, became New York’s mayor between 1839 and 1841. After changing hands several times, the house became home to the Bronx County Historical Society in 1965. The house was moved across the street from its original location the next year. It’s open to the public, featuring historic and archeological exhibitions. 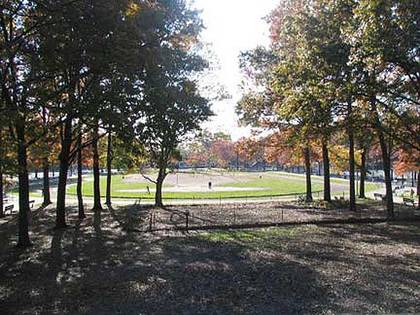 The Bronx and Byram Rivers water system was built between 1880 and 1889 to supply those sections of the Bronx not served by the Old Croton Aqueduct via pipeline from the Bronx River, which bisects the borough in two from north to south, and the upstate Kensico Reservoir. Water was stored in the Williamsbridge Receiving Reservoir, built in 1888, in Norwood northeast of Bainbridge Ave. and E. 207th St. By 1925, this reservoir was no longer needed, and it was drained and filled in. In 1937, Parks Commissioner Robert Moses constructed a new playground and park in the space vacated by the reservoir, including a running track, football and baseball fields, basketball and tennis courts, a horseshoe pit, a large wading pool, a cinder running track, a field house, and two children’s playgrounds.

A dam, as well as one of the Bronx’ major colonial-era roads (Williamsbridge Rd.), a train station, and a major intersection, was named for a bridge operated by farmer John Williams crossing the Bronx River at today’s Gun Hill Rd. in the early-1700s. The settlement that sprung up near the bridge became known as Williams Bridge, later spelled as one word.

The old reservoir is still described by the curving roadways, Reservoir Ovals East and West, which surprisingly interrupt the area’s rough grid. A huge Gothic apartment complex was built at Reservoir Oval West and Wayne Ave. 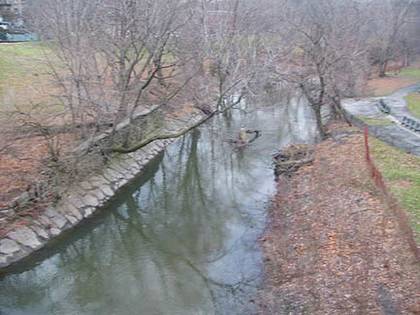 The Bronx River, New York City’s only true river, begins as a trickle in Westchester County and empties into the East River (which is actually a tidal estuary). It formerly turned west and met the Hudson River, but a glacier impeded its progress there during the last Ice Age and the river was diverted south. When Swedish pioneer Jonas Bronck settled in the area of the river in the mid-1600s, the river, which had gone by several Native American names, became known as “The Broncks’ River,” and the “the” has stubbornly remained as a prefix for Bronx borough, as well. Industrialization of the 1800s and 1900s turned the water brackish and unsustainable for life, but groups such as Bronx River Restoration and Bronx River Alliance have helped bring it back. Kayakers can now regularly be seen there, and it looks as wild as it must ever have been on its course through the Bronx Zoo and New York Botanical Garden. 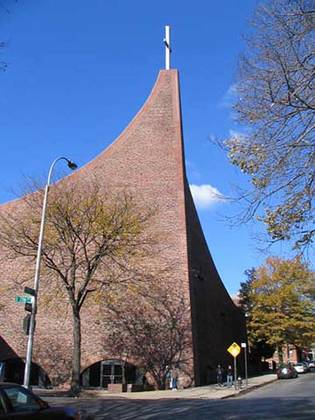 The undisputed king of Perry Ave. is St. Brendan, whose parish was established here in 1908 and spectacular, curved-facade church arrived in 1966. Most Irish know that St. Brendan (484-573) was the real “discoverer” of America (though it can’t be proven whether he sailed west to the Americas nearly 11 centuries before Columbus.) He’s patron saint of navigators and indeed, the design by Belfatto and Pavarini was meant to evoke the curved prow of a ship. 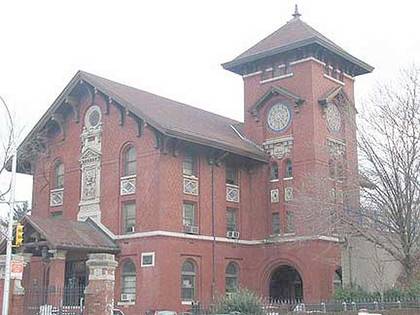 It’s hard to get a good picture of the NYPD 52nd Precinct, at Webster Ave. and the Mosholu Parkway overpass. You have to get there in the morning, or on an overcast day, preferably in the winter when the vegetation isn’t obscuring it. One of the city’s great brick clock towers, ranking with Woodhaven’s Lalance and Grosjean’s kitchenware factory, can be found at this police station house at Webster Ave. and Mosholu Parkway. The clock is surrounded by colorful terra cotta. The tower’s design is based on Tuscan villas. Nearby is Frisch Field, named for baseball’s Frankie Frisch, the “Fordham Flash” who starred with the New York Giants and St. Louis Cardinals from 1919 to 1937.