I Met Roger Mudd at the Package Store

Several short stories about dreams that are coming true. 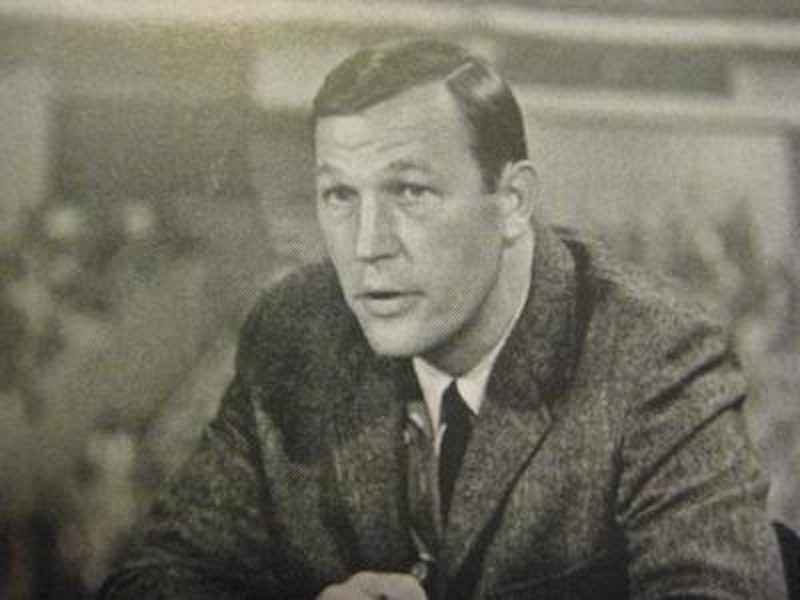 “Guess what happened to me today?” the young man’s father invited—with more enthusiasm than he’d shown in ages—his indifferent son to guess.

“Roger Mudd!” the young man’s father exclaimed with childlike dementia. “Roger Mudd! I met Roger Mudd at the package store! Remember him? He shut down that fat lush Ted Kennedy on CBS back in ‘79!  He used to be a big fucking deal!”

Here’s what Camden was thinking when she married Ohvuh: Oh god, I’m depressed. I don’t know why that is. Maybe it’s because I’m in a relationship with someone who I’ve been “over” for a long time, but probably not. I think I’ll blame it on something else because I like to blame other people for problems that are largely the result of my own doing. Whatever the case, I’ll never do anything to make them go away; I’ll stay in this relationship no matter how shitty it gets—not that it could possibly get much shittier—and keep on refusing to believe that my doing so is in any way responsible for my “wanting to die,” as I’m fond of melodramatically putting it in my social media posts. I hate drama, though. Really.

“So do you feel bad about how your courageous stand against vaccines has led to a reemergence of various preventable diseases?” the hard-hitting interviewer Maggie McCleary asked pop idol Boogie Crackerjack.

Boogie took a sip of her water and smiled grandly at McCleary. We both have such wonderful tans, she thought. “Oh you know.”

“I mean, people have ignored the word of scientists, public health officials, and other reputable sources because of your video,” Maggie McCleary continued.

“I think that I just did what anyone in my situation would do,” Boogie said. She was so impressed with Maggie McCleary’s tan. It was a base tan enhanced with a light tanning spray and it looked great.

“What situation is that?”

Boogie played with her earlobe a bit. She liked the way that it felt. It reminded her of a ball of silly putty, which in turn reminded her of how her overzealous stage father had abused her.  Memory was funny like that. “It’s just that when something isn’t right, it isn’t right,” she said after a long pause.

“Thanks a lot,” Maggie McCleary said. “Do you have a question for Boogie?”

“Wow, uh, I didn’t think I was going to get through. Um, well… Boogie, how did you get to be so glamorous?” the caller asked.

Boogie was 1000 miles away from the studio, the interview, her body. What was her body anyway? An empty vessel to be filled by the Holy Ghost? Her cheeks were suffused with color as she contemplated her immortality. “It’s so great,” she said.

I felt like smoking a cigarette, so I excused myself to the section marked “Neighbors,” which was opposite the section marked “For Our Neighbors.” Both sections were empty. I took a seat in one of the plastic lawn chairs and lit a cigarette. Before long I heard footsteps approaching and looked up. Two impossibly droopy, saggy old women—both of whom appeared to almost be melting right before my eyes—were standing across the table from me.

“Have you ever smoked before?” asked one of them.

“You’ve never smoked before, have you?” asked the other.

I ashed my cigarette nervously and cleared my throat. Before I could offer a response they were both laughing. “I’ll bet your boyfriend doesn’t like that, young lady.”

By now I was so uncomfortable that I had to stand up and leave. Their smell was the worst thing about them but is very hard to describe accurately in words. One might describe it as the smell of a particularly offensive color if one had to, though.

“Where are you going?” one of them demanded to know.

“Let me touch you with my pizza slice hands,” said the other, though she didn’t wait for me to grant my permission before doing just that. She wrapped her wrinkly old hands around my arms and started cackling. Black goo bubbled and squirted from her mouth.

What happened next is not so clear now as it was then. I seem to remember a petite young girl climbing onto my back. “She’s here to distract you,” the leader of the motorcycle gang informed me. I nodded, dropped her over the side of the overpass and then pried loose the old woman’s bony hands from my arms and shoved her against a screen door. A barbed wire noose slipped and then tightened around her neck, at which point her head popped off and sailed across the room like a balloon losing its air.

Then, as I reached into a refrigerator filled with moldy dairy products and other rotten foodstuffs, I wondered: Who saw my murder? Had anyone seen my murder?