Why I Want To Own a Taco Truck In Hawaii

The hours are good and it’s far away. 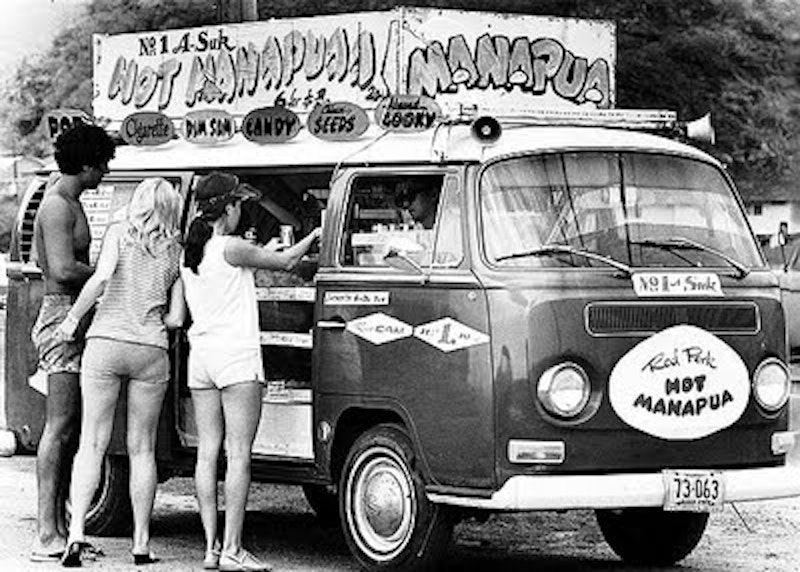 When I lived in Hawaii 15 years ago, I’d often go to a spectacular place known as Big Beach, located in the southern portion of the island of Maui. The sand’s perfect, the view’s nonpareil, and the water’s a crystal clear aqua blue. The food selection was limited to just one fish taco truck, but those tacos were really good—your choice of mahi mahi (light and flaky) ono (light and firm), or ahi (Hawaiian tuna). The warm salty breeze blowing in your face and the stunning vista made them taste even better. You can drop $225 for the tasting menu at Le Bernardin (wine not included), New York City’s renowned seafood restaurant, and have a memorable meal, but even a chef of Eric Ripert’s talent and finesse can’t give you some of the things you can get for $7.95 at Big Beach.

The fish taco’s the quintessential beach food. It epitomizes the insouciance of the beach lifestyle. The beauty of the fish taco is its simplicity. All you need is a soft tortilla, some fresh fish, a squeeze of lime, and a little slaw. It’s not a Hawaiian invention though. Fish tacos were born in Baja, California and eventually made their way over the border to San Diego, where they’re now the unofficial dish of that city—like cheesesteaks are to Philly. Fish tacos are surfers’ fare, so they made it to Hawaii, the surfing capital of the world. They’re food for the laid back, and no place is more laid back than Hawaii.

That’s the job for me—cooking up fish tacos on that truck on Big Beach. I often had that thought when living there, and still do today. Let’s start with the commute, an easy drive on a road overlooking the Pacific Ocean that lifts your spirits. That beats the drudgery of the commute 99 percent of the working population starts its day off with so they can get to their office in time.

An added benefit of owning that particular taco truck is the monopolistic opportunity it presents, which is a businessperson’s dream. I wouldn’t take advantage of the situation by price gouging, which would be a violation of Hawaii's “aloha” spirit. I’d be the most benevolent of monopolists, pricing my tacos at the going rate, maybe even lower, given my minimal overhead and labor costs in operating a food truck. It’s not that I’d mind sticking it to the tourists a bit, but the last thing I’d want to be is that haole (white person) ripping off the locals at their beach. As a haole living in Hawaii, you have to be aware that taking this route would be the wrong choice. You don’t want the natives resenting you any more than they already do.

I’d be that haole selling fish tacos at a good price, and they’d have the freshest fish on the island, because I’d purchase it in the morning—every morning—and put my “gone fishing” sign out as soon as I sold it all, which would have the added benefit of limiting my work hours. The locals would know they’d have to come early to be sure of getting served. The tourists can fill up at the all-you-can-eat luau later on.

One of the disadvantages of a monopoly business environment is that innovation is stifled due to lack of competition, but how innovative do you have to be with fish tacos—how much creative destruction would you need to benefit society? I don’t want to be in a business where I have to constantly innovate to survive, which is one of the reasons I want a taco truck on Maui. Still, I’d do some innovation with my tacos just because it would add interest to the job. It wouldn’t involve much more than introducing new salsa toppings occasionally. Also, I had a calamari taco in San Diego once, and I’d like to introduce that concept to Maui.

Bob Marley would always be on my boombox in the taco truck. He’s the most revered musician in Hawaii. You hear Marley’s music everywhere. It’s always blasting out of cars as they drive by you. His face is emblazoned on the t-shirts the locals wear. Those islanders like everything about Marley, including smoking weed.

With my taco-cooking job, I’d have limited working hours—open from 10:30 a.m. to around 4:00 p.m.—no boss, and I’d meet a lot of people. Plus I’d be shielded from our politics that have become such a burden to follow. Politics—”mainland” stuff—isn’t of much interest to Hawaiians. How the waves are breaking, that’s another matter. In fact, Hawaii’s voter turnout rate is the lowest in the nation. On the other hand, it’s consistently named the happiest state in the U.S.

Conversations in Hawaii are limited, which I didn’t like while living there, but I’d welcome it now. There are still many days when I think Donald Trump really couldn't have been elected president. I read about a guy who was so disgusted by Trump that, after the election, he engineered his daily life so that he’s shielded from any mention of him. I can’t do that, so I dream about escaping the daily, depressing onslaught and having my own taco truck in place that doesn’t care much about what happens in Washington, D.C.