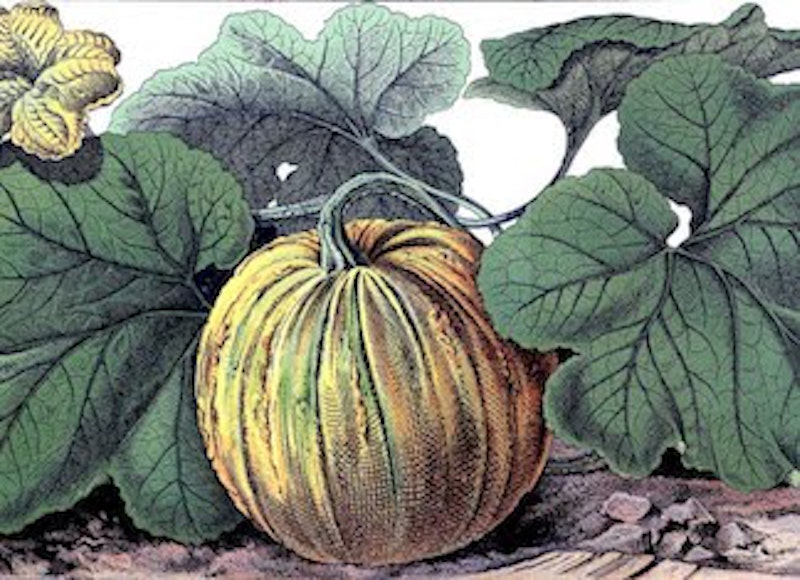 Am I the only grown man who feels his blood rush faster as September waxes? For the bookish among us, the rhythms of the academic year are deeply imprinted on the psyche. Mid-September, not the beginning of January, represents the true start of the new year.

I wonder whether the archeologists couldn’t turn up some ancient Nordic tribe that dated the new year from the harvest season, practicing appropriate rituals into the bargain. These might involve the ritual burning of a wheat-stalk effigy to mark Day One of the new solar cycle; or the sacrifice of hecatombs to the autumn star as it ascends in the sky’s northern quadrant; or the ritual defilement of the harvest-time gourd.

Come to think of it, the Frisians who settled Northumbria practiced something like that latter ritual, even if it didn’t seem to be connected with the new year. The Venerable Bede describes this pagan rite with bemusement, spending several thousand lines on its more picturesque details. First, the solemn boring of the hole in the pumpkin’s bottom hemisphere. Next, the disrobing of the priest and the binding with flax of his penis. Then, the penetration by the sacerdotal pole of the pumpkin’s yielding meat, warm by now from the plump orange berry’s day-long proximity to the virgin-tended ceremonial fire.

Pumpkin? I’ve forgotten what the word was in Bede’s Latin, but in reality the penetrated gourd must have been a swede, or some softer variety of European winter squash. if I’m not mistaken, what we call a “pumpkin” is indigenous to the New World.

As the sun begins its slide towards the equator my appetite for serious reading reawakens, and I’ve now “lined up” an estimable collection of books to get me through to spring.

There is A.S. Byatt’s Possession, which I’ve wanted to read for the better part of 20 years. Also Eliot’s The Cocktail Party, one of the great man’s minor works that’s managed to elude me until now. Also Patrick Leigh Fermor’s A Time Of Gifts, that much-lauded travelogue that details the author’s pedestrian journey, as a school-aged boy, from Holland to the city that he calls, as I myself love to call it, Constantinople.

I’d been warned off Fermor in the past by a fellow parishioner of mine who found the writer’s showy prose style intolerable. “He’ll have your thumb bleeding on your dictionary, John,” this parishioner informed me. But now curiosity has got the better of me, and I expect to have finished by Christmas this precocious Englishman’s chronicle of a trip through the lost cultures of interwar Central Europe.

Virginia Woolf’s Orlando also waits on my book table.  I suppose it’s the culturally “trending” theme of ambiguous sexuality, indeed of transsexuality, that makes me finally want to read this curious entrant in the oeuvre of the great Bloomsbury modernist. It surprises me to hear myself say it, but I suspect there’s more to the idea of the fluidity of gender than my fellow paleoconservatives and Russian Orthodox converts might care to admit.

The Greeks, the fathers of us all, were well aware of the protean nature of gender, as even the most casual readers of Ovid, or one of a dozen other ancient authors for that matter, will know. But then, the early Christians were aware of it, too. And yet how many even well-educated Christians today are aware of the medieval iconic tradition of “Jesus as Mother”? Or of the accounts in the apocrypha of Our Redeemer suckling his thirsty Apostles from tender nipples engorged with wholesome milk?

A visit to the doctor indicates that the health problems I’ve been fighting, and that I’ve alluded to in passing in this space, have returned, and this time won’t easily be chased away. I’m considering saying more about this issue in future diary entries. But for the moment, I’ll keep my own counsel. I must maintain an attitude of philosophical serenity, and I must pray.