The King and I

Why would an atheist want to spend a year reading the KJV Bible? 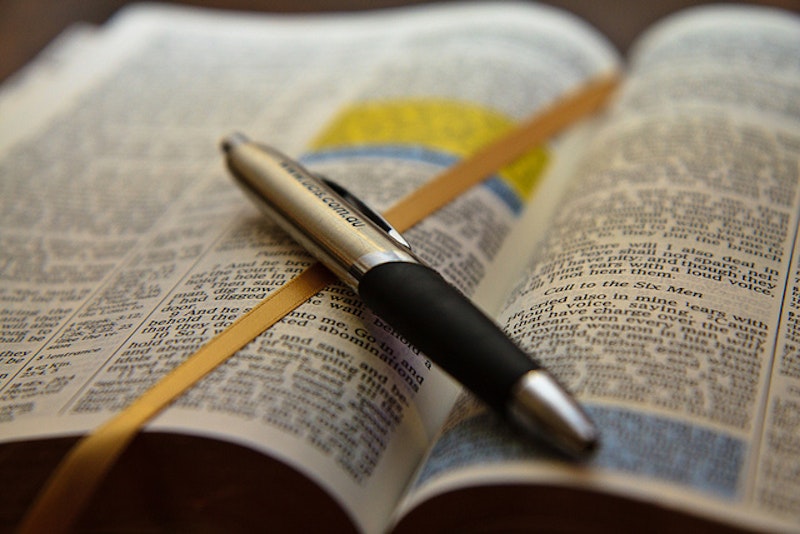 Blogger Bruce Critelli made a new year's resolution that won’t seem particularly surprising to most Americans. He's decided to read the King James Bible cover to cover, a few chapters a day for 365 days, while blogging about his impressions. He's invited people of all faiths or none to read along with him and join in a civil discussion on his website.

This is the kind of resolution that Christians of all stripes make from time to time, but Critelli is not motivated by a sense of religious devotion or responsibility. He's not trying to get closer to God or seeking spiritual guidance. He's not even a Christian; he's an atheist. So why in the world is he encouraging people to spend a year reading the Bible?

Obviously, the Bible has enormous cultural significance. In fact, biblical literacy is an absolute necessity for students of Western art and literature. Good luck tackling Shakespeare or Steinbeck without at least a passing knowledge of Christian mythology. The English language itself is steeped in Judeo-Christian allegory. If you've ever made references to the writing on the wall, prodigal sons or a kiss of death, you were alluding to biblical stories whether you knew it or not.

For Critelli, this artistic significance seems to be of less importance that the sociological reality of religious demographics in the US. He sites a 2008 survey that showed 76 percent of Americans identify as some type of Christian. “To say that [the Christian] faith has an influence on the daily running of this country would be an understatement,” he says. While there is a great deal of divergence in dogma, one thing all denominations have in common, besides the belief in the divinity of Jesus Christ, is the identification of the Bible as a holy book, so Critelli has set out to know it better, and by extension, to better understand the influence of Christianity on our lives.

He'd also like Christians themselves to understand it better. “I'm not totally sure where this project will go once it starts but, I want to at least get people to actually read the Bible,” Critelli explains. “Many people say they read or have read the Bible, but once you ask them a few questions about its contents, these claims turn out to be mostly false.”

This, it turns out, is his real goal: to get a discussion going about what the Bible actually contains and what it means to different people. It’s not just about what people believe and the passages that mean the most to them, but how they approach a book that is meant to be the word of God, but is also full of contradictory and troubling passages. In other words, how do modern believers conceive of the Bible in its entirety? And how is it perceived by people outside the faith?

Sure, most people can get behind Matthew 22's “Thou shalt love thy neighbor as thyself,” but how do we make sense of Hosea 13's “Samaria shall become desolate; for she hath rebelled against her God: they shall fall by the sword: their infants shall be dashed in pieces, and their women with child shall be ripped up”?

So far, the readings are still in Genesis, but the discussions have already ranged over a variety of fascinating topics, like whether the creation story can be interpreted from a scientific perspective, whether the Bible has authenticity as a historical record—all those long lists of “begats”—and how translation affects our understanding of the text. Apparently, the original Hebrew and Greek are full of puns! Who knew the writers of the Old Testament had a sense of humor?

The more diverse the viewpoints represented are, the better this project is likely to be, so whatever you believe, I encourage you to participate. If you spend some time reading the passages and taking part in the discussions, you'll likely learn something and deepen your understanding of a culturally significant book. After all, whatsoever a man soweth, that shall he also reap.