David Rakoff's Half Empty. Grade: A- 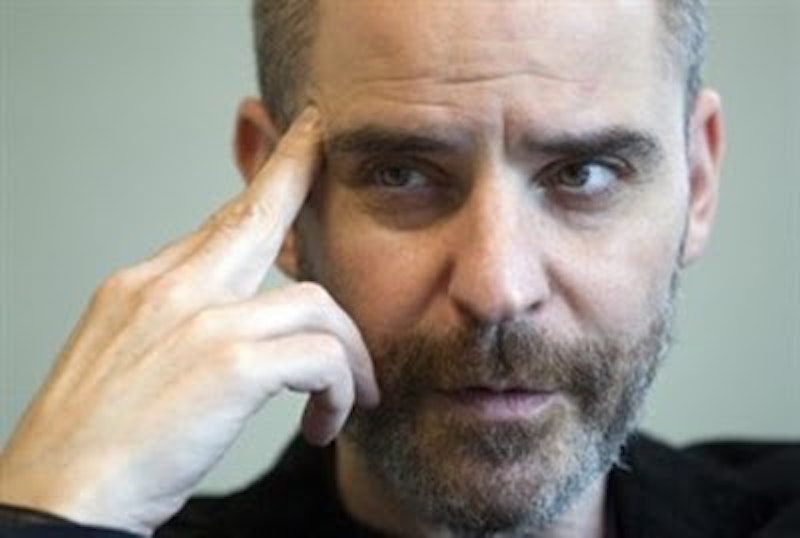 An exasperated friend once asked David Rakoff, “ Don't you like anything?” He does exhibit the curmudgeonly, pessimistic humor that seems to be a particular characteristic of New Yorkers, but in his most recent collection of essays, Half Empty, he dislikes everything in such a charming way, you can't help but find it endearing.

Nothing in America, large or small, intangible or concrete, is safe from the observation of his sharp eyes and wit, from the unbridled and unwarranted optimism of the dot-com years on down to flaws in the terrazzo on Hollywood's Walk of Fame and the deliciousness of bacon. Often, but not always, he is so spot-on you wonder how you've missed that angle for so long.

In “Isn't It Romantic?”, for example, he tears apart the idea that if artists care about such mundane real-world concerns as paying the rent then they must be sell-outs or pretenders who are not properly deifying the goddess Creativity. A particular target is the musical Rent and its starving artists' anthem “Seasons of Love.”

What does that even mean, Seasons of Love? The mind might conjure a soft-core calendar. There is Miss April, coyly covering an areola with a gerbera daisy, while Miss December shields her nipples behind fluffy angora-mitten-clad hands (toasty!). Or perhaps Seasons of Love®would be something you'd keep in the door of the fridge. Seasons of Love® might come in a foil-wrapped cardboard can with a shaker top. Dehydrated onion would figure prominently. As would carnauba wax.

Rakoff is saved from causticity by an almost tender regard for others. Although there are a few rants reserved for the likes of the Bush administration and one very catty comment about a famously problematic novelist, his capacity for compassion shines through in essays like the poignant “All the Time We Have,” about the death of his therapist. He visits the man in the hospital, and on the surface it is just a meeting of acquaintances, but beneath, Rakoff is distraught at seeing the matter-of-factness of death unhinging another human from the here and now.

His own battles with cancer are laid out in the last essay, “Another Shoe,” which is the strongest piece in the book. Rakoff challenges the idea that positivity is always the best approach and chronicles the terror that suffused his life when he thought he would have to have an arm amputated. He refuses to be optimistic, finding that the attendant disappointment and despair when your hopes are crushed less tolerable that just preparing for the worst possible outcome. Allowed to acknowledge the enormous shittiness of a situation can be strangely comforting, it seems.

The author's writing style is challenging and can take some time to get used to. Sentences can go on for pages, with twists and turns that send you back to the beginning to check what the original point was. He writes as we would all love to speak, with numerous witty asides, references to culture high and low, a calculating command of vocabulary and a knack for the perfect neologism or image when words fail. A dingy hotel room in Salt Lake City is “the canvas Edward Hopper never felt bummed out enough to paint,” and a friend's dinner of grains and leafy vegetables is a Joan Baez song, a “sad and earnest cloacal scouring pad of a meal.”

Although the essays in the book are bound together by the rather dour themes of disappointment and failure, it is nevertheless a funny and engaging read, which will move you while you are too busy laughing to notice. It's the kind of book that makes you feel good about being a pessimist and definitely a good holiday gift idea for that annoyingly perky friend.