What Can the Library Do For You?

You know, a lot of lofty American Ideal stuff. 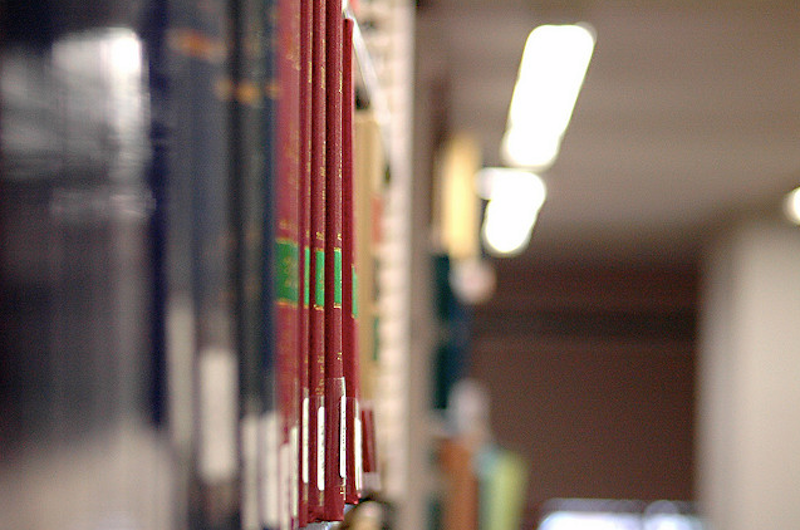 When American Libraries Magazine publishes an article about how awesome libraries are, you have to expect a fair degree of bias. Cupcake Fancier is going to publish articles about how cupcakes unify all of humanity into one saccharine lump of love, and VHS Enthusiast Quarterly is going to regularly list the myriad ways in which the Video Home System is the ultimate in viewing pleasure, so the ALM is going to express their own Utopian views of what a library is in the same manner.

Libraries need all the help they can get. They’re underfunded, misunderstood, and struggling to keep up with the rapidly changing landscape of information science, so it’s completely understandable ALM would publish a list of reasons to keep libraries alive, but they’re stunningly idealistic in their summary. Libraries need to employ a greater degree of radical transparency if they want to survive, and excessively positive propaganda isn’t the way to do it. This is ALM’s list of “12 Ways Libraries are Good for the Country,” with a dose of practical realism.

1. Libraries sustain democracy. “The public library is the only institution in American society whose purpose is to guard against the tyrannies of ignorance and conformity,” states ALM, and this is an excellent point, though I might argue that the University system wouldn’t completely agree with this narrow assessment. However, a library is only as good as its collection development. The idea that every collection will have a balanced perspective on all issues presumes that the individual or committee purchasing library materials does not let their own opinions get in the way of what is purchased. My library owns only one book by Glenn Beck, and it was a donation. If any of our patrons want to bathe in the questionable bile of Beck (which has been spewed across at least six books), they’ll have to order his books from another library. It’s not an individual library that sustains democracy, but it is the availability of books throughout an entire library network that sustains it. Librarians are human, and it’s absolutely plausible that their own politics will override their training and the complete picture will become obscured.

2 & 3. Libraries break down boundaries/level the playing field. Sports metaphors aside, these seem to make the same point: the library is available to everyone, no matter what, and will provide services that are appropriate for the needs of each individual. Within budget, of course. This is a case in which an individual library cannot always depend on an extensive system for immediate services, as part of the library’s population will invariably be limited in how far they can travel. Crippled budgets prevent most libraries from completely satisfying the needs of their entire community. In our system of 71 upstate New York libraries, we own 41 documents in Braille: one is the Constitution, one is about Medicare, and the rest are for children. A level playing field is expensive to landscape.

4. Libraries value the individual. Once again, we’re challenging conformity, which is an admirable goal, but thwarted by the library’s need to survive. For budgetary reasons, and to increase critical circulation statistics (which are the library’s primary weapon when they do battle for increased budgets), a library is often forced to value the most common denominator rather than a quirky text. Danielle Steel collections outweigh genius small press collections by a massive amount, simply because a new Danielle Steel will circulate and improve stats (and then rot on a shelf after the first six months of heavy use). While a more intellectual tome might take some time to gain momentum, the immediate budget is generally the defining element. Libraries might value the individual, but they need to appease the masses, and that doesn’t leave a lot of space for nonconformity. Bestseller lists are the only barometers of “quality” that some libraries use, and we all know that popularity does not equal quality, and definitely not individualism.

5. Libraries nourish creativity. “The accumulated record of mankind” can be found at your local library, but only if they have a good Internet connection. This is not to say that books have lost their value, because the infinite worth of books is unquestionable, but the scope of information has changed more in the past 10 years than it has since we first started drawing on cave walls, and libraries need to keep up. Fortunately, a bank of Internet-ready computers is a standard at most libraries in the US—but keeping them functioning through a million sticky fingers and download-happy patrons is a Sisyphean task. No sooner do you redirect the browser’s home page from something pornographic than someone else kicks the plug out of the backup battery. An adept tech staff is essential to keep this flow of ideas going strong. Even in my small town, a bank of six computers sees a significant backlog of people waiting to get onto the Internet for various purposes.

6. Libraries open young minds. If there’s one thing that can be said for our local library, it’s that we have an excellent series of programs and events for children, even if adult programming is severely neglected. This is aided by our library system’s penchant for gleefully embracing New York’s annual summer reading program, as well as the fact that it’s handled by a hard-working children’s librarian. As usual, it comes down to the individual at the helm, and not all librarians are as interested and able.

Let’s skip ahead to number 10, because 10 is where the real money lies.

Technology is essential within the realm of new information. These are necessary skills for the future, even if they’re honed in the least appropriate manner possible, so this is the most powerful testament to the value of libraries. You can sit in front of a computer, get a bit of guidance from the library staff, and learn your way to being a viable member of the workforce. Once again, this requires a staff that can actually maintain your computers and understand the basic principles of the Internet, which is something that many libraries neglect to an embarrassing degree.

The library needs to be re-envisioned as a place where people can sit down and learn about the way that information moves, and the strange and scary ways that the world is shifting, while it maintains a record of the old ways in a manner that technology can’t yet embrace. It’s not about an out-with-the-old attitude, but the reticence against welcoming in these changes is what may just render libraries obsolete. And finally...

12. Libraries preserve the past. Recently, one of our librarians proposed an extensive wish list which will go before the board, and on this list was a desire to “get rid of all of the classics because no one reads them anyway,” in order to create more shelf space for newer items. I’m sure that the sheer ignorance of this statement is apparent to most people, and it’s a perfect example of why libraries go wrong.

Evolving libraries isn’t only about the newest and most popular thing, and it isn’t about retaining things that just don’t work anymore. It’s about interacting with your public outside of statistics and genuinely understanding where the greatest needs are, being unafraid of introducing your patrons to something that they didn’t know they wanted, and finding a balance that only comes from being in the trenches. Too many library edicts are handed down from offices with closed doors and sheets of numbers rather than direct, recent experience.

The ALM’s list of what libraries do is a glorious view of what they can be, and what they should be, but what many fail to embrace. Let this serve as a list of aspirations that all librarians should be reminded of rather than a list of what we already have. Print it out, roll it up, and use it to smack your local library director upside the head.