The Child is the Father of the Man

A middle-aged fellow wades deep into the classroom of contemporary culture, for (mostly) better and worse. 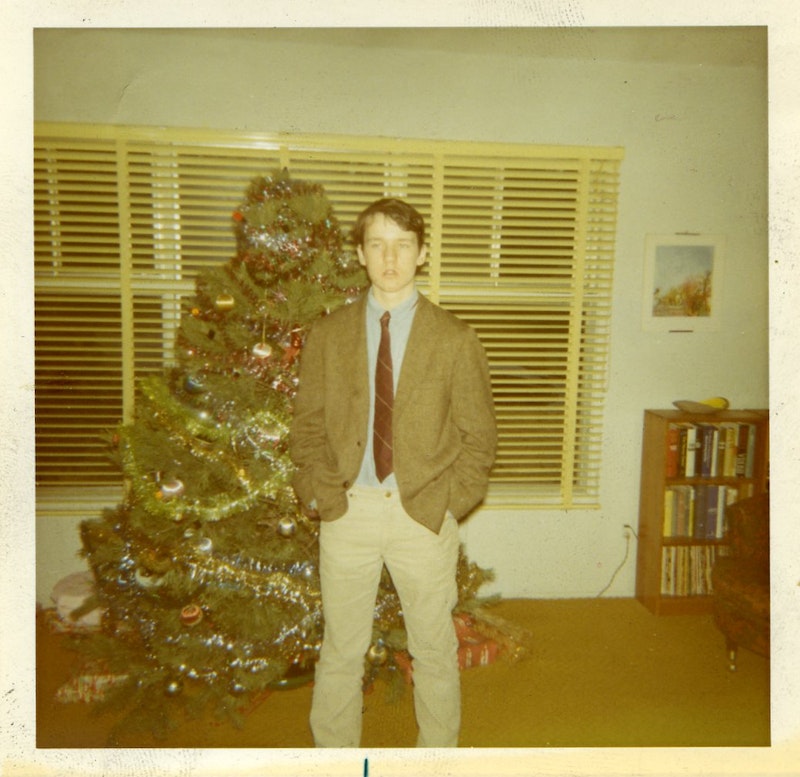 One morning last week I had the pleasure of speaking before my son Nicky’s 12th grade English class, a group of 15 or so attentive young men and women who were studying “The African Diaspora.” My stream-of-consciousness presentation on today’s media—a journalist since the 1970s, I was from a different time zone, if not a flower power alien—had nothing to do with James Baldwin or Ralph Ellison, but was a novelty that broke up their routine. I did refrain from swearing, which is difficult when you’re yakking for an hour, but otherwise it was an honest discussion of the current popular and political culture, and I may have learned more than the students.

The class began with a simple question: I asked everyone who knew the name of the Supreme Court’s Chief Justice to raise their hands. It was appalling, of course, when no one had a clue about John Roberts, Jr.—who, along with his colleagues, might have more influence on their lives than even Stephen Colbert—but was somewhat mitigated when only three students could identify Prince William’s fiancé. A softball was tossed next, as I wondered how many of the assembled read a newspaper in its print edition; a couple of boys said they gave at least a glance to the local Baltimore Sun before school, but otherwise, all current events—save the rulings of the Supreme Court, I suppose—were obtained online. I then queried about what website each of them looked at first thing in the morning, and the results were mixed and a bit more heartening. Not surprisingly, half of them volunteered it was Facebook (although with a bit of embarrassment, as I guess there’s a phantom backlash against that behemoth), but four students said The Drudge Report, another The New York Times, two logged onto ESPN, and one, most curiously, opts for NASA’s homepage.

It was all quite amiable and often entertaining, a square-off between the Ghost of Media Past and the Text Generation, and I got a real boot when a very bright young fellow, in response to my question as to what reading material he packed for a train or plane ride, said he preferred to meditate, to get away from the static of everyday life. I found that a rather quaint and innocent notion, but did appreciate the sincerity; on the other hand when one of my son’s buddies came up with the preposterous declaration that today’s students are far too busy to read books that aren’t school-related—as if people in my generation weren’t also loaded down with homework, socializing and milking the cows—my jaw dropped. Upon explaining that reading books (the hardcover kind, thanks) was one of the great pleasures of my daily routine, only a few of the students nodded an assent. The teacher, a lovely woman whose age fell somewhere in between myself and her charges, brightened the day when mentioning that she always had several rotating books on her bedside table, and no, she didn’t look at any website—not even Facebook—in the morning as she was too busy tending to her own children.

Later that day, Nicky said I’d passed the audition with his classmates—one even dubbed me “a bro in the truest sense of the word,” which is swell, jargon notwithstanding—although it’s hard to conceive that anyone would say, “Dude, your dad’s a real asshole!” Anyone over 30 is an old guy to teenagers, and actually, sometimes it takes some real head-scratching to remember when I wasn’t at least in the throes of early middle age.

As it happens, I recently unearthed a faded Instamatic photo of myself at 16, an 11th grader standing in front of our homestead’s Christmas tree. It was 1971, and I’d just returned from a holiday soiree at my Latin teacher’s apartment, the Mr. Magoo-eccentric Ernie Barra (who’d also taught my four older brothers at Huntington High School, and was a well-respected-man at our house), and judging by the look on my face I was either in a melancholy mood or just very stoned. Probably the latter.

The attire for this occasion was fairly standard, save the wrinkled tie, purchased a few years earlier at Marshall Fields in Chicago, that added flourish to my usual uniform of Lee cord jeans, work boots, light blue denim shirt and a hand-me-down herringbone sports coat. As was fashionable at the time, there was a button pinned on the coat, one from the anti-war film Johnny Got His Gun. I’m standing in the living room, to the side of a fully-dressed Christmas tree (festooned with some of the same ornaments that we hung on our tree this past weekend), with a backdrop of very ugly and crinkled yellow Venetian blinds, a small bookcase, and a framed sketch of the Johns Hopkins University campus that my brother Doug gave to our mother in 1967. There was also a giant bottle of Chianti by tree, a gift from one of my father’s employees at his car wash, an unhinged character who came to no good.

It was the last Christmas we’d spend at 123 LaRue Dr. in Huntington, and, in comparison to when I was younger, was very subdued, since my two older brothers had families of their own, Doug was off in Afghanistan with the Peace Corps, and my brother Gary, a senior at the University of New Hampshire, had bigger fish to fry and wasn’t at home for an extended stay. My memory’s better than the average bear’s, but I recall just scant details from that particular Christmas; so I’m thankful for the photo that time-stamped this period in ’71.

A digression, but there’s a point I’d like to make. My son’s generation, like every one before and after it, is (and, in the spirit of the season, I’ll be Christian here) unwittingly narcissistic, and few can comprehend what American life was like before they helped swell the population. As mentioned above, one of the teenagers protested that he and his classmates have such a hectic, stressful schedule that reading a book or two for simple enjoyment is impossible. You don’t understand, man! In truth, I do: decades ago, my mother wouldn’t be shy about expressing her disgust when, on a rainy summer day, I’d spend several hours in the morning watching TV re-runs of Outer Limits or I Love Lucy. Expand your mind, son; don’t clutter it with that garbage!

My bet is that today’s teenagers have as much free time as their parents did—the goofing off in my own household from our boys is evidence enough—but just choose to expend it in different ways. All of which is fine: my consumption of Richard Brautigan novels (hey, at least I admit it), reading five daily newspapers or writing letters is no better or worse than peering at YouTube videos, posting photos on Facebook or playing video games. That’s entertainment, as Paul Weller sang some 30 years ago, but gosh, kids, don’t try to sell the snake oil that you’re the busiest bunch in American history.