The Jigsaw Puzzle of Aging

Collecting doctors instead of baseball cards. 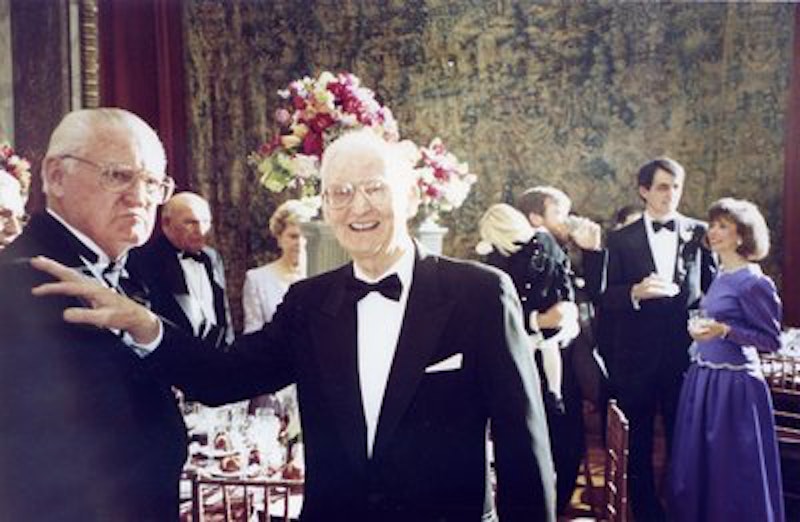 My late brother Doug had a reputation in our family—mostly deserved, although he tooted his own horn as well—of eclipsing what was once called the zeitgeist, before journalists wore out that word. He brought home The Mothers of Invention’s Freak Out! before almost anybody had heard it; introduced me to Bessie Smith in 1968; and snapped up the first Velvet Underground album at first sight in a Sam Goody’s, although I think the Warhol banana was a big factor there. In college, he holed up in his Howard St. apartment in Baltimore for 40 hours straight, with nothing but Jimi Hendrix’s Axis: Bold As Love playing over and over on the turntable as he worked on a silkscreen called “40 Soul Dancers” that he’d later peddle in Greenwich Village. (One time, while visiting Doug, I looked around his apartment, noticed the absence of a desk, and asked, “Where do you do schoolwork?” He waved a hand in the air, and simply said, “It’s under control.”) Upon graduating from Johns Hopkins in ’69 (Vietnam draft deferment gone, he lucked out with a high number—345—in the lottery) he worked as a social worker in Baltimore for a year before setting off for Afghanistan with the Peace Corps the following year.

On one occasion he visited us at the homestead in Huntington, Long Island, and was decked out in a really loud pre-Super Fly green suit that he’d purchased in West Baltimore. He did look pretty ridiculous, and when I joked, “Man, Doug, you look like one righteous black guy,” he testily cussed me out. For what, I’m not sure, since it was an innocent observation, but that was my brother. I’ve never met anyone who read so many books, indiscriminately, and at a rapid pace. Rex Stout mystery novels, John Barth, Mickey Spillane, John Updike, Zane Gray, Tom Wolfe, Thomas Pynchon, he ran the gamut, and would gather a carton of finished novels every month or so, take them to a used bookstore and make a trade for another two dozen.

Decades before the word “ageist” became popular, he upbraided me one day after I played John Prine’s “Hello In There,” a wistful song written by the then-25-year-old folk/country singer about old people. I liked Prine’s lyrics: “So if you’re walking down the street sometime/And spot some hollow ancient eyes/Please don’t just pass ‘em by and stare/As if you didn’t care, say, ‘Hello in there, hello.’” Doug didn’t care for the sentiment at all (even though he liked Prine), saying it was condescending to senior citizens, especially from a singer who wasn’t yet 30. Again, it was a mystery to me, but I just shrugged and put my boss headphones back on and lounged back in the Naugahyde recliner.

Sadly, Doug didn’t survive past middle age, punched out by cancer at 52.

Well, that was a hell of a digression, but his jibe at Prine has been on my mind recently—not coincidentally, I’m currently reading Jonathan Dee’s The Liberty Campaign, in which the sort-of protagonist is 65, rattling around a soulless Suffolk County suburb—as I ponder all the stuff I’ve collected over the years. When I was a kid it was baseball cards and comics, and then I saved weekly newspapers, magazines, political buttons and bumper stickers, marbles, books, letters, endless tchotchkes from Europe, Africa and Asia and stacks and stacks of photos. Every once in awhile, I venture down to the basement with the intention of clearing an acre or two of what my wife gently calls “junk,” but inevitably get lost in the shuffle. I mean, how can you not re-read a long, hand-written letter sent from a friend in 1973? Or admire a dried-lizard-on-a-stick from Hong Kong?

Anyway, nearing 60, I’ve added a new collection, although this one isn’t nearly as fun: doctors. Mind you, my primary physician says my health is tip-top, so this isn’t a complaint but rather a fact of life that is, of course, quite common. There’s the doctor in Manhattan who sees my extended family, a genial fellow who performs high-octane tests on arteries, heart, kidney, liver, blood vessels, the inevitable prostate gloved finger, the works. And I have a general physician in Baltimore, out at GBMC, whom I see once a year for a physical, or, like when I had a miserable case of shingles a few years back, and the occasional case of bronchitis. Obviously, a dentist (who keeps asking me if I want braces for my crowded lower choppers; a question that’s so absurd I look at him like he’s batty, and it reminds me of Dr. Ellis back in Huntington when I was a kid, and had that 100-pound x-ray protector dumped on me, and then the sharpened rocks to fix cavities), for twice-annual visits; an optometrist, who gave me the bad news a few years ago that my eyeglasses prescription was maxed out; an ophthalmologist for my macular degeneration and no-longer-embryonic cataracts; a mouth specialist who recently removed a benign growth on the underside of my tongue, a very nasty procedure; and a nurse at GBMC who drains blood from my arm every eight weeks because of the hemochromatosis acquired in my Irish gene pool.

Pretty standard, no doubt, for a fellow my age. And I must note that while visits to these professionals is not something to look forward to, I’m fortunate that they’re all very amiable and—I hope!—skilled. You get to know these people, who aren’t particularly squirts themselves—I won’t soon forget an irritable young surgeon at St. Joseph’s Hospital in Baltimore who operated on my wife’s busted elbow, and, when things went awry, was very slow to admit culpability—and when one retires, it’s a drag. Latest example is Joyce, my blood-drainer for the past several years, who’s moving to Pennsylvania. We had a great patter—she was one of the few people I could talk openly with about politics—and it was fun to hear about her grandkids and snippets of gossip from that wing of the hospital. I last saw her in April, and after she applied a bandage to my arm, we hugged and said our farewells. She got a little misty, saying that while she was ready to retire, and wouldn’t miss the ever-increasing regulations in her line of work, it was her patients that would stay in her memories.

Sometimes I wonder if Mick Jagger ever sings “Mother’s Little Helper,” with that devastating opening line that was so funny in ’66, when he’s onstage mugging for a sold-old crowd of contemporaries (and younger fans who want a peek at the legend before he croaks) at 71. How kooky would that be?