A Jew Betrayed an Irishman

A look at a short story from long, long ago. 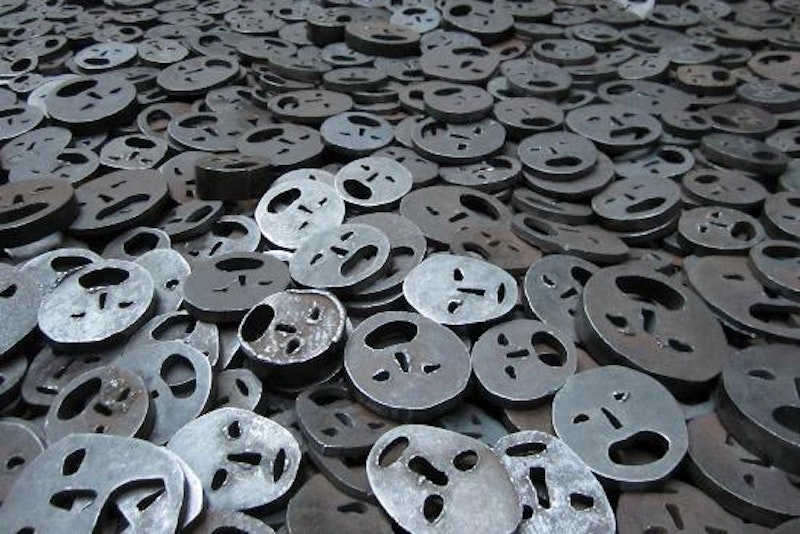 I read a story that came out during the first few years of the 20th century. It's called “The Love-Philtre of Ikey Schoenstein” and it's anti-Semitic. Ikey is a pharmacist, and he sells out a buddy of his, the Irishman Chunk McGowan. Chunk never suspects, he's not the brightest fellow, but he wins in the end because he glows with animal health and rightness. The bruiser is “comely, smooth-faced, hard, indomitable, good-natured.” Ikey, on the other hand, is “weak-kneed, purblind, motorman-cursed” and “timid.” By “motorman-cursed,” I think the story means that Ikey got chewed out by the fellows operating the streetcars. “Behind his counter he was a superior being, calmly conscious of special knowledge and worth.” Away from it, no.

The story's by O. Henry, who wrote “The Gift of the Magi.” I don't feel like getting mad at O. Henry. But it's interesting to see a neat little piece of pop culture that's built around... a certain attitude toward Jews. To see how the attitude fits in there and how it works. In this case, I would guess that O. Henry went with the flow. He had to sell his audience on a situation: the betrayal. Name the betrayer Ikey and they were sold. Everyone knew you couldn't trust Jews—look at Judas.

The plot. Ikey (of “the corniform, bespectacled nose and narrow, knowledge-bowed figure”) loves a girl but says nothing; it's his secret. Chunk loves her too and does something. Chunk doesn't live behind a counter. He will go out for a “pleasant evening spent along the Bowery” and come back with cuts and bruises. Meaning he has roistered in bars and got in fistfights. None of it bothers him. He drifts into the pharmacy “in his silent, easy way” and slides onto a stool for Ikey to treat him. Of course, the girl likes Chunk.

Having won her, the Irishman asks the Jew for help. Chunk and the girl are going to elope, but she keeps wavering. Chunk has heard of love potions and such. Perhaps his friend sells something like that? “Ikey's lip beneath his nose curled with the scorn of superior enlightenment.” He is dealing with a peasant. The pharmacist, underhanded, prepares Chunk a batch of powder that will ensure “hours of heavy slumber without danger to the sleeper.” Then he slips off to warn the girl's dad. Dad and girl are of what used to be called English stock, family name Riddle, but working class: “Mr. Riddle was a stout man, brick-dusty of complexion and sudden in action.” He proclaims that he will wait with a shotgun for the “lazy Irish loafer.” Mr. Riddle is emphatic about his plans: “If he comes in my backyard he'll go away in a ambulance instead of a bridal chaise.” Ikey is sending Chunk to die.

Of course, the scheme backfires. We learn this when a radiant Chunk hails Ikey the next day. Chunk says he decided he wouldn't use the love powder: “I says to myself, 'Chunk, if you get the girl get her on the square—don't try any hocus-pocus with a thoroughbred like that.'” What did he do instead?  He used it on the girls' father! After all, he's the one “failin' in a proper appreciation toward his comin' son-in-law.” Irish logic! Now Chunk and the girl are married and living in his little flat in Harlem (“chrysanthemums on the table and a kettle ready to boil”). Ikey outsmarted himself.

Ethnically, the scorecard comes out this way. The Irishman can't think much, but doesn't need to. The Jew uses his brain, but there are certain thoughts he can't have; big as his brain is, it isn't designed to have them. What kind of thoughts? Well, note that Ikey sold out his friend automatically. Here's the one sentence we get about him having his big idea: “Ikey Schoenstein rubbed his nose slowly.” As for Chunk, I like the touch about the thoroughbred. It's like we have one fine animal recognizing another, and the first animal is raised to his best self because of it. No brains involved, just two healthy systems coming in contact.

Considering that it's a story about a scheming, backstabbing Jew, “Love-Philtre” has a remarkably light tone. Ikey comes in for no retribution beyond losing the girl and feeling stupid. Unless this tale was one of O. Henry's failures, I would guess readers didn't mind the outcome, which means they didn't bear Ikey a grudge. They didn't read the story to see a Jew get kicked; they read it for the writing (O. Henry's prose is jaunty) and for the plot twist, and the treacherous Jew helps the twist take place. All that rancid betrayal added up to a gimme, a device to move the plot, and was accepted as such. O. Henry might feel aggrieved that some future prig was pronouncing his story bigoted. The story never mentions that Ikey, as a Jew, cannot really hope for a gentile girl; that's tact, O. Henry might say. Nor do we hear about Judas, or even about Jews. The story's title, built around Ikey's name, is like an advertisement saying “Jews here!” But the word and its synonyms don't show up in the text. He doesn't want to rub anything in. He might add that his Irishman is a prince of a fellow, and that it hadn't been so long ago that the Chicago Tribune, where “Love-Philtre” appeared, was running editorials about the Irish Catholic menace. There's progress for you.

But if the story is going to work, it needs you to believe in the dumb Irishman and, especially, the treacherous Jew. Everyone can have their fun as long as they buy those givens; otherwise the plot has a bit of a limp. I would’ve been angry if I read the story in 1904 or 1925 or 1943 or 1954 (that last is the date of the big anthology where I found “Love-Philtre”). I'm not angry now, but it's 2015 and Jews have been doing all right for a while. Draw whatever modern-day lessons you feel like drawing.