The most bizarre cryptid in the annals of cryptozoology. 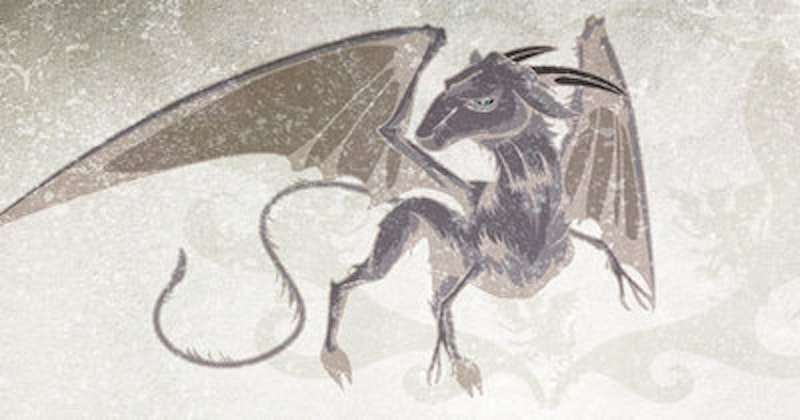 The New Jersey Pine Barrens are America’s Secret Garden, a million-acre protected wilderness virtually unknown to outsiders aside from random botanists, geologists, and anthropologists with an interest in the obscure. The people who dwell there, known as “Pineys,” are reclusive and not known for being particularly forthcoming to visitors. They have a rich folklore tradition, which has only recently begun to be properly documented. The one legend that is well-known and thoroughly documented is that of the Jersey Devil, certainly the most bizarre cryptid in the annals of cryptozoology, and one of the most enduring.

Prior to 2013, the only truly definitive texts on the subject were the two collaborations between James F. McCloy and Ray Miller, Jr., The Jersey Devil and Phantom Of The Pines, both currently out of print. Those two books dealt exclusively with sightings of the ridiculous creature, in particular the incredible rash of instances throughout the Delaware Valley in 1909, when it went on some kind of rampage, observed by policemen, university professors, a posse organized for its capture, and an entire streetcar full of people in Philadelphia. A University of Pennsylvania professor who saw it declared it a “Jabberwock.” Most described it as a bat-winged flying kangaroo, apparently given to making a horrific sound much like a woman’s scream.

The legend dates back to 1735, in Leeds Point, just across the marshes and the bay from Atlantic City. According to the tale, Japhet Leeds’ wife Deborah, having already birthed a dozen offspring, became pregnant with a 13th child. Feeding and caring for 12 had exhausted her maternal instincts, and she cursed the 13th child before its birth: “Let it be a devil.” And so it was, quickly transforming into the bat-winged monstrosity all New Jerseyans know and love, flying up the chimney into a storm, forever after to terrorize visitors and residents of the Pines, paying occasional visits to adjacent communities and visiting Philadelphia on special occasions.

A distant relative of the beast, Bill Sprouse, has given us a marvelous and meticulously researched work on the subject, The Domestic Life Of The Jersey Devil or, BeBop’s Miscellany, subtitled “an immodest inquiry into the origins of the Leeds Devil, with remarks on the Keithian Affair, Titan Leeds’ Ghost, Deborah Leeds’ last will and testament, Benjamin Franklin, Quaker REFUGEES, Pine Rats, the Great Woolzebug Visit of 1909, Harry Leeds’ PERFORMANCE ART, suburban identity crises, &c, inspired by conversations with my GRANDMOTHER, Helen Leeds” (Oyster Eye Publishing, 2013, ISBN-13: 978-0989952200, 244pp, paperback, $15.00).

Sprouse’s gonzo approach to the subject provides a delightfully amusing counterpoint to the often dry but thorough account he gives of the conflicts that led to the demonization of Daniel Leeds, a renegade Quaker and father to Japhet Leeds, supposed progenitor of the legendary beast. He interjects contemporary interviews and wanderings with an extraordinarily well-researched account of the historical context that gave birth to this enduring Fortean phenomenon. His descriptions of both colonial and contemporary Piney culture are vivid and accurate, dispelling denigrating myths and pseudo-scientific frauds that have persisted for centuries. His personal reflections on his own origins and reasons for pursuing the subject offer an enlightening insight into the restless malaise that often afflicts those who are raised in the suburban tracts that abut the Pine Barrens.

It’s a remarkably entertaining and informative book, and a must-have for anyone interested in early colonial American history, the Pine Barrens, or the erratic and absurd cryptid known as the Jersey Devil.