Fiction: How you become a star, baby. 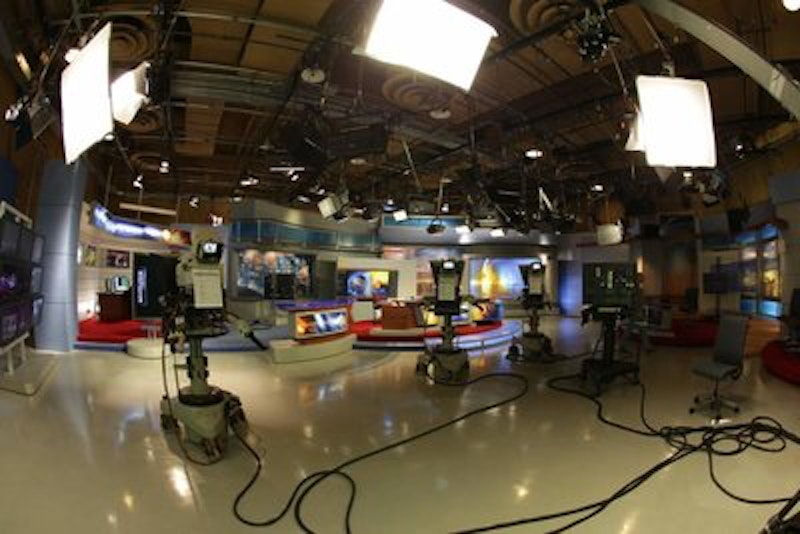 But the AD turned away and hurried over to a grip, leaned into his ear and pointed at the set. Maybe one of the hydroponic banks was out of place. These were basically rows of potted plants — some of the plants were leafy and green, some of them were basically twigs spray-painted with aluminum, some of them had their roots turned out so the roots stuck up, and the roots were spray-painted too. They’d been banked on plywood rectangles that were painted cobalt and had their sides faced with chrome.

The grip and AD advanced on one of the banks. The AD lifted his clipboard to call over another grip.

“Cheslaw,” yelled the second AD. “Olsen, Parkinson, guest.” Then he added the guest’s name, as if remembering it.

CG got to his feet, caught out again. “— half-wide hideaway hardwood giraffes,” he said, with two giraffes still to go. But he took his mind off it. He nodded to himself, a decisive nod, and swung his elbows out. He was a great believer in energy, and he knew he set a good example. He knew this inside of him, and it always made him feel better. He was showing how. He tackled a job, and he felt sure that made the big difference in this world.

Look at the guest, dragging his feet as everyone got into position. He had his lip tucked in and his eyes down. CG figured he was mad because the AD had tacked his name on. The guy was a few years older than CG, in his thirties already, and still doing guest spots. They’d talked a couple of times. A few days into the shoot, the two of them had been waiting off-camera to do the lines for Harry’s close-ups. The guy said, “Two years at the Neighborhood Playhouse and I’m listening to him say ‘rah poo­-dit.’” Which was close enough to the way Harry said “repudiate.” But the guest, the way he talked, he sounded like he was gloating about it. He wanted to make a little show, and it was all about how badly things had turned out for him, and how he was willing to joke about it. That was his thing. He bellyached, and okay, the first few times you laughed. But he had to get over his thing. CG felt that strongly: you couldn’t go through life trying to get by with a thing.

So CG decided to clear matters up a bit. “Guess it ain’t just about pronunciation,” he said. He meant the business, how you became the man in the chair, everybody bending over you like you were a race car getting prepped—two of the makeup men, the hair girl, an AD making sure it went okay. Of course, Harry being in the chair did not, in itself, make a whole lot of sense. But CG could nail down this much: you didn’t get there by being clever about how you bitched. So he told the guest this, pretty much, and the guy looked down — that’s how CG knew he’d hit it. And since then there’d been less of the “I’m complaining” show.

Past the arc lights and onto the set. The heat like a slap across your scalp, and the ground turning hollow because you were on balsa wood. It bounced a little and CG felt like he was bounding toward his mark. By now he was pretty sure that the messed-up giraffes countdown didn’t matter. CG kept his chin high and his hands swinging at his sides. He was showing the guest how it was done.

The lights burned; wheels squeaked as the men got aboard their cameras. And he was about to do it. He was about to put his face in front of the world. Chin up and, lo and behold, this was where you found yourself.

“Hang on to that, buddy,” he called to — Sal? — who was over at the left camera, hauling himself up.

And then CG went blind for a moment. Once you got past the arc lights, you had the overheads, and those things dropped  light on top of you like cinder blocks. The light crashed on you.

He blinked and a few seconds on the black dots swam away, the brown dots with them, and he saw the guest’s bald spot, easily the size of a half-dollar. The makeup people had filled it in with shoe polish and on camera that looked like hair, but right now it winked at him: the polish caught something off the light.

The guest turned around and drove his eyebrows hard together and hiked his nostrils up, wrinkled his nose; he did that before every take. The memory of the failed giraffe countdown came back into CG’s mind.

The lights. He blinked once, blinked twice, and swallowed. He tucked his chin to his chest, because all of  a sudden his whole body flexed, but then he got his chin back up there again. He didn’t think about the giraffes.

The lights were something: shadows jumped into place around your feet, cutouts scissored from the glossiest black paper in stock, and with all that hardware going, and the glare, and the guys standing around — like two, no, three football teams, even more — how could you fail to get it? This was the big time. You were right where you should be.

The sweat jumped into place too, and he liked it. Beads sprang up in the roots of his hair, an icy little prickle that turned hot all of a sudden. It made him feel like he had his own special way of tuning in, of swinging to attention.

The bell rang. That was enough to make your bones jump, and the silence came in. You never heard silence in the soundstage except now.
Then the crew guys sounded off, shouting one by one. Basically, the AD yelled and they gave an answer: the sound guy, first camera, second camera. Silence again.

“Do you understand the possibilities at stake?” the guest said.

“Sure, and we’re all friends here,” rumbled Cheslaw, as Donegal. “No need for rashness, me lad.” He was warning the guest’s character not to do anything.

The guest’s brows bulged together and his eyes popped out. CG had to admit he did it okay. Made the effort.

The take went pretty well, including CG’s part, and then the second take too. But on the third: “— recommend a more salary line of action,” CG said. He should have said “salutary.”

The guest was looking at him, and CG thought the guy was smiling as he ducked his eyes.

On the fourth take the impulse hit him. It all seemed to drop from nowhere, everything that happened; he hadn’t cleared anything with the director. CG noticed that the guest had eyes like brown marbles, and for a moment he thought of jinxes and felt like he was back again at the end of his failed countdown. Then the moment flipped itself over. He saw his chance.

CG was supposed to grapple with the guest, the demented young scientist. And  just now it kicked in, his special move. Hold still for a moment, keep your elbow out low by your side. Pivot and let the elbow glide, and you thump his right shoulder, just where his neck joins up there.
That’s what CG did, and he knew it didn’t hurt the guy. There was the kind of hollow thump you got all the time during combat class. When you had that sound you didn’t leave a mark; it was like bumper cars.

CG added the last touch. Pulling out from the chop, he kept his elbow and shoulder all in one piece, like they were a mechanism uncoupling from the guest’s frame. The effect would have been helped if the guest had crumpled to the floor, but instead he staggered back a step and blinked at CG. The brown marbles danced at him, mad.

“Force, when applied properly, can be... efficacious.” CG lifted his eyebrow on “applied,” right on the dot.

The director called, “Cut,” stepped forward. CG thought maybe he was about to get a word in the ear, but the director was talking to the guest. “Walter, how about it?” he said. “You’d better go down for that.” This was the wiry fellow from New York; they had different directors on different episodes, and this one wore a sweatshirt.

The guest was practically hopping. He said the move hadn’t been blocked, nobody had agreed, all that. “He hit me with his elbow,” he said.
CG thought of saying he could try it lighter, if only to show how he was at ease and the guest wasn’t. But he held still and waited.
“Walter, go down,” the director said.

“Can you do it again?” the director said, asking CG. CG nodded.

“Walter,” the director said, “can we get this move? Do your part in this, okay?”

“I am not working here again,” the guest said.

“I can do it smoother,” CG said now. “Less force.” He wanted everyone to know he was a good sport. Nothing against the other guy, but look at him, he was practically hopping.

“The fall,” the director said. “Just go down, Walter. All right?”

The bell, the countdown, another take.

CG presented his elbow, held, darted to his target. And the guest buckled; his body went down like a sack. You had to admit he did it okay.
CG pulled back, kept shoulder and elbow in line. Then he tilted his chin: chin and nose in line, forty-five degrees to his shoulder. He threw that in as the capper and it got by, the director didn’t say anything.

The scene was in the can. CG slung himself back in his chair, crossed his legs one way, then another, then stretched his legs wide. He was buzzing and the giraffes had dropped out of his head.

His mood sagged a bit later on. They had him doing his close-ups and it was past 5. Harry and Olsen could go home at 3, a lot of days. And he noticed that people didn’t stay behind to read their lines for him off-camera. He did that for everyone, just about. You read your part from a script, and that way the person on camera had something to react to. Only Tony would do that for CG, and she even did it for guests.
The director, having approved CG’s elbow breakthrough, didn’t even seem that enchanted with him. “‘Efficacious,’” he said, sounding bored.
“Yeah,” CG answered, in doubt.

They did another take. The director told him to lift his eye on “properly,” not “efficacious.” CG had forgotten.

Another take. The director said, “Okay, that worked.” They did CG’s “Further explanation might be necessary” line, close enough to the sort of thing he always got to say in episodes (“More information would indeed be of service”). “Okay, that worked,” the director said, two takes in. He looked at his watch, then the clock over the door, as if they had to match up. “Done,” he said. It was 6:12, just before overtime.

CG’s mood picked up again once he was outside the sound stage. He got into his Corvette, which he’d bought with $2,250 down, the rest in payments, and peeled onto Melrose. Driving a Corvette, he figured, you saw the world the way it was, and it was a world in which you drove a Corvette.