I have nothing against police per se, but the devil is always lurking behind the badge. 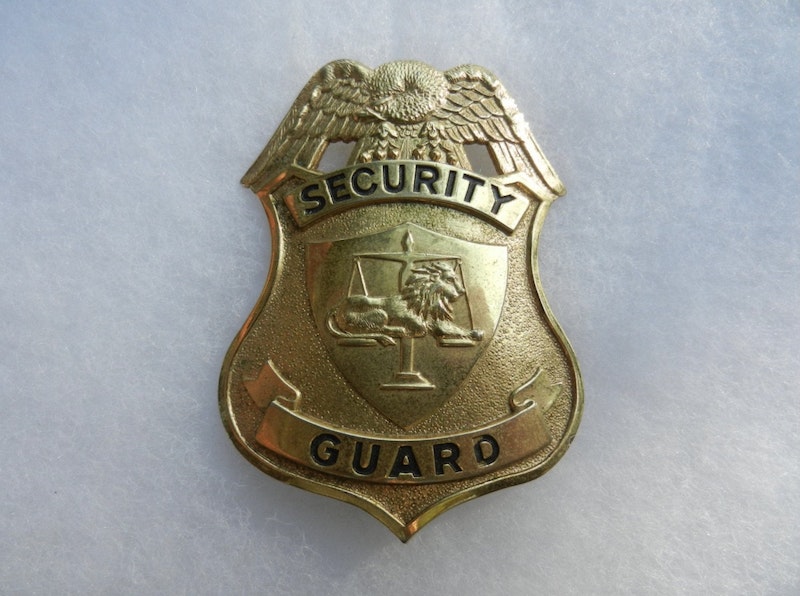 I quit my one-time-only in this life security guard gig after a long year of monotony, including the hourly minimum wage slave rut that was threatening to bury me in an early grave. I started the gig at about the same time the plague began. Early on, the pandemic had a fear enveloping everything wafting around through the politically-infected air. Then boredom set in. Between mindless brain-numbing repetitive routines and maintaining sanity, I self-medicated daily to cope. The carbon copy hours stacked up. Nothing made sense. The construction site I was assigned to was closed and shut down. I watched the weeds grow. All activity ceases to exist as construction hits a grinding halt. The owners kept all security guards on duty 24/7. Somebody had to watch millions of dollars worth of building materials and equipment lying around ripe for the taking.

The first six months, the plague made little to no daily traffic on my route to and from the job site. An occasional rare trucker or Amish horse and buggy was all that moved on the roads. Every place became a ghost town, roadkill dramatically decreased, and the air was noticeably cleaner. Americans were trying to deal with a bizarro president. Having a charlatan in charge, the bargain basement bottom feeders ready to prosecute.

The first time in, I was on the opposite end of my spectrum. My wheelhouse was square going nowhere. I'm standing on the wrong side of the law, donning a uniform and wearing a badge to protect other people's stuff. It was only then I realized the act of cheap theatrics, wearing the costume, that of a military uniform, an official badge, an American flag patch, and a blue cap embroidered in bright yellow block letters that read SECURITY. The image it conveys has a knee-jerk recoil effect on how the public sees you as a representative of some vague authority. A particular type of leader demands respect because it's the law. I was nothing more than a glorified rent-a-cop. An average schlub wearing the tin shield. The thin blue line and all that silence. Not everyone loves a man in a uniform. I didn't carry a gun because I'm no killer. Government sanctioned hired thugs to protect and serve the wealthy carry guns, tasers, and Billy clubs. I've always feared the police. Law enforcement is insecurely distilled right along with paranoia. The old school conquers and divides, good cop, bad cop, will put the fear of God in those tricksters.

Occasionally police officers in the area would stop by the secure job site to check on progress. Chat for a spell. The big questions asked always started, "When will work begin again? When will this place open for business? My stock answers were, "They'll start again, and when done, they will finish. They don't tell us anything." One day while talking, a visiting local cop asked me how much I made an hour. When I told him minimum wage, he laughed out loud. I felt like a real schmuck. He informed me the company that employs me probably gets three or four times what they pay the security guards. It was a given I was getting the short end of the deal. I have nothing against police per se, but the devil is always lurking behind the badge.

Life has always separated the good from bad, Right or wrong, and it's my country bullshit don't cut the mustard in my Swiss cheese sandwich. If we all went back from where we came from, there wouldn't be anybody left here to hate, to put down any ethnicity to have a prejudice. The criminal justice system needs a complete do-over. Oppress the oppressors for a change. Turn the table. Who puts a knee on the neck? Who would kill you as quickly as they please? Squashed under the heels of power, stomped by bossy boots to a bloody pulp. Those who can least afford justice have no say while kicked around and held down. They can dish it out freely, but they can't take it. Thought police take control.