God forbid we become so sick as to believe we are well, thanking God for Malcolm Gladwell. 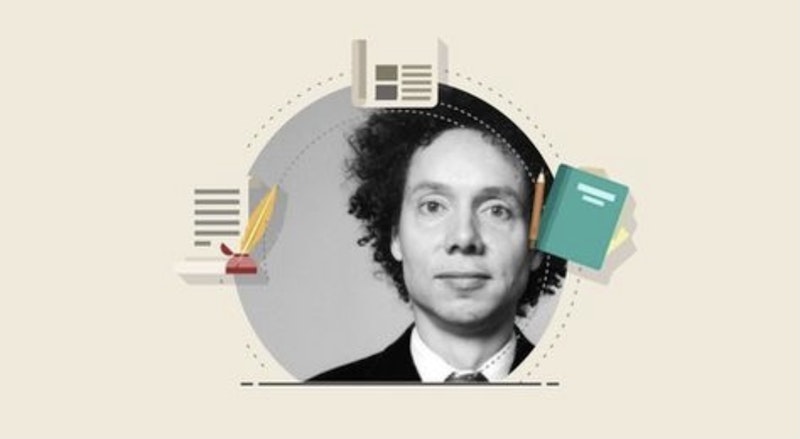 If the easiest way to judge the wealth of nations is to compare flights to and from the United States, if this is how Tom Friedman does economics, if his words are as indigestible as his works on democracy, reflecting his preference for speed over scrutiny, if he idolizes China and practices idolatry at McDonald’s, his intellectual traveling companion is Malcolm Gladwell, author of seven airport books.

Gladwell’s name is colonial, his look casual, his outlook concise but erroneous. His newest book, The Bomber Mafia: A Dream, a Temptation, and the Longest Night of the Second World War, is an outlier; the title is Gladwell’s first book that doesn’t sound like a sex toy (The Tipping Point), a band (Blink), a pop song (Outliers), a children’s story (What the Dog Saw: And Other Adventures), a fable (David and Goliath), or a Zagat guide to solicitation (Talking to Strangers).

A multicultural Michael Lewis, Gladwell is an Englishman (by birth) in the pages of The New Yorker. He peddles his schtick everywhere, playing a character who looks like one of Gary Oldman’s more infamous characters: Drexl Spivey, a white pimp with gold teeth and black leather cap.

Spivey has more range, what with his dreadlocks and dead left eye, including, too, the lines—the scars—on his face. The scars run like circuitous routes on a treasure map of flesh, as Spivey holds court by conducting it. He gestures with chopsticks while wearing a leopard-print robe. He speaks how his bodyguard looks, like the Black Caesar of Detroit.

In contrast, Gladwell is all hair and no swagger. He’s the Samson of ten-thousand hours, not 20 years, whose strength lies in making the obvious seem profound. His judgment belongs not to the Book of Judges but the production bible of TED, where he tells the unheard story of David and Goliath.

Standing in a red circle, before a backdrop of blonde wood and pendant lights, Gladwell’s fusillade of trivia wakes his studio audience. The applause he induces is a placebo effect, not an aftereffect of awakening or an outtake from Awakenings.

The applause is inexplicable, given Gladwell’s omission of the central character in every page of every book of the Bible. In the absence of God, Gladwell is the sage of the rock; he sermonizes about the rocks (barium sulfate) in David’s arsenal, never mentioning the rock of faith or the rock upon which Peter builds his church, never mentioning that the enemies of David, the Philistines, have no ally in God.

Gladwell’s words are as hollow as the walls of Jericho, falling before the clarity of the Word in the Book of Amos:

And I will cut off the inhabitant from Ashdod, and him that holdeth the sceptre from Ashkelon, and I will turn mine hand against Ekron: and the remnant of the Philistines shall perish, saith the Lord GOD.

God forbid we become so sick as to believe we are well, thanking God for Malcolm Gladwell. God forbid we forget or ignore the angel’s warning:

Run for your lives! And don’t look back or stop anywhere in the valley! Escape to the mountains, or you will be swept away!