He’s tired of being alone. 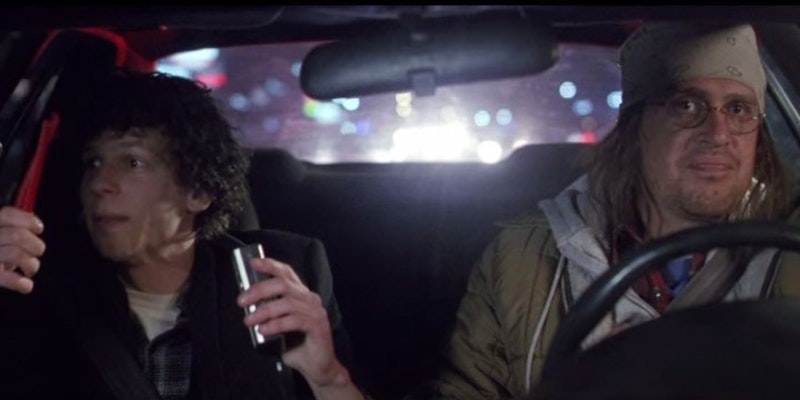 My Uncle Gerald has been alone for too long. One can’t spend 40 years with books and expect to live any kind of balanced life. Proust wrote, “Let us be grateful to people who make us happy, they are the charming gardeners who make our souls blossom.” Uncle Gerald doesn’t make me happy. He’s not interested in my soul blossoming, as far as I can tell. He’s interested in sustaining a meager thread that connects him to the family he’s long given up on.

I’m the child of his sister, who perished in a plane crash in 1990. I was eight years old. I grew up with my dad, a Professor of Philosophy and my aunt, who ran a plant nursery. I grew up in upstate New York, near Woodstock. It was a five-hour train ride to Philadelphia, where my misanthropic uncle lived in a two-bedroom brownstone in Rittenhouse Square. When my dad and aunt were too busy with summer projects and I was too incessant about eating specific foods or watching only specific shows, they put me on the train with a stack of books and told me to call my Uncle Gerald when I arrived.

Gerald hasn’t had many people in his brownstone in the last 20 years. It would be fair to categorize him as a misanthrope. Or, if you prefer, a recluse. He chooses the word “hermit” due to the word’s origin. It’s found in Ancient Greek and Late Latin, eremita, which means “of the desert.” He thinks of himself as wandering the desert of the printed word, searching for hope and then sending signals out to the reading universe. It’s an elaborate fantasy he’s cooked up for himself. Misanthrope doesn’t work at all for him. He doesn’t hate humankind. He simply prefers solitude and words on a page.

What does this have to do with me, an assistant professor in literature, a post-doc at Temple combing through scholarly articles, modern criticism, fumbling through my own life and resurrecting myself every August once again in order to make something of a living by teaching 20-year-olds about literature from the time before cell phones and the Internet? Emerging from the world of Proust and Literary Theory in order to grade horribly written five-pagers? Why does my uncle call on me? Because I own a Toyota Corolla and he now has a desire to leave his armchair.

After badgering me relentlessly, I finally gave in. I told him he could pick the hotel in Cleveland and I’d pick the hotel in Chicago. Three days. Two nights. Sixteen hours. A few nice meals. I’m not looking forward to any of this because Gerald has a way of getting under my skin. I love and hate him. He’s miserable and hilarious. I don’t want my life to be so devoid of human contact. I’m dating. It’s neither easy nor intriguing to continue dating women who are more interested in your bank account than the influence of Proust on modern literature. I wrote it explicitly in my profile, “Proust affection is a must. If you like things, I’m not the man for you.