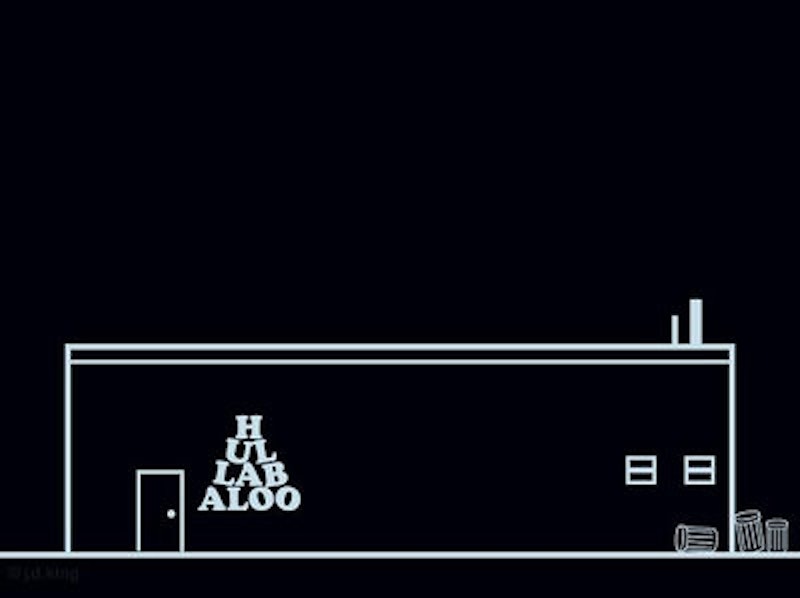 Zit-faced Zelda had no idea what a cruel joke fate was playing on her. Under the black lights of the Hullabaloo Club, the Clearasil on her face glowed in fluorescent violet splotches. She looked like a refugee from a grade-Z horror flick and was oblivious that we were laughing at her while she frugged by herself, thinking she looked fetching in her new mini-skirt. Because of the racket, she didn't hear Nancy yell, "Hey! Halloween's over! You can take your mask off!" Regardless, the acne and the scorn wouldn't prevent her from getting pregnant in a month or two, then scooted down to Puerto Rico for a dust and scrape, and while there, a bob, the beak becoming a button, a brand new Zelda for sophomore year.

On stage, a skinny quintet, The Wheat Germans: pageboy haircuts, matching vests, blue-jeans and green suede Beatle boots, cranking out speedy, guitar-driven R&B that owed much to the exactitude of Mitch Ryder & The Detroit Wheels and the attitude of The Rolling Stones. Serious, they didn't smile, their tab collars were snapped tight.

Off to one side, a few small tables and rickety chairs. Alone at one, a pasty-faced young adult with a ducktail, tight pants and Wayfarer shades. Between sets, the singer joined him. They sipped from glasses of cola and chatted. A rumor was buzzing: they're queer, the greaser's the husband.

"I'M GONNA WAIT FOR THE MIDNIGHT HOUR, WHEN YER LOVE COMES TUMBLIN' DOWN!"

We smoked Marlboros and Kools, surreptitiously passed around a pint of Southern Comfort. Too young to drive, we'd be picked up at 11:00 by parents. Thus, breath mints gobbled like popcorn before closing time.

Near the stage stood two women, not teenagers, maybe 21 or 22, Mary Quant hair, vampire mascara, white lipstick, double-breasted pantsuits with a hint of bell-bottom. They looked like fashion models. What the hell were those angels doing here?

A boy screwed up his dumb 15-year-old courage, walked across the empty floor and asked the more gorgeous of the two, in a lame imitation of Dennis Wilson, "Do ya wanna dance?"

He slunk to the nearest wall, tried to lose himself in the shadows. Thank God for shadows. A pal shouted over to him, "Shot down! Loo-zuh! Kobek! You're a fuckin' loo-zuh!"

More kids arriving, getting stamped, ushered in, c'mon, step lively, more behind you. The dance floor was beginning to crowd.

The drummer slammed out a neat and nasty beat, the Fender bassist propelling him like a jockey slapping his horse to the finish.

In a flash, the singer put aside the mike-stand, crouched, then leapt straight up, airborne, landed on one foot. On that foot he danced along the lip of the stage, to the far end, then to the other side, arms spread out as if he was riding a bicycle no-hands. Balanced like a gyroscope, he was dripping sweat like a waterfall, driving the audience into a frenzy. Some girls started screaming and crying. One dopey chick tried to grab him but was kicked back by a guitarist, sent flying, landing her on her butt. The wind knocked out, her eyes bugged as she strained for air. Kids around her guffawed at her plight and kept on dancing and a-prancing.

The HC was the place. Outside of the operator of the franchise, a pot-bellied mobster, no adults.

Now the place was pounding with teens dancing.

The pug-nosed lead guitarist tipped up his cherry-red ES-335 and fleet-fingered a very short fuzz blast through a Fender Bandmaster, gave it a quick, icy shiver with the Bigsby. His tongue stuck out a bit, like he was concentrating real hard on an algebra final, then his jaw went slack—suddenly he didn't have a thought in his chucklehead, nary a notion had ever wandered through that vacant skull, even by wayward, misread-map chance. Brain dead—but rockin'.

A fistfight broke out in a far corner. The gangster was there in three fast strides, grabbed both boxers by the back of their belts, kicked open a side door and tossed them into the inky black. "An' don't come back, ya punks!" In the alley, the brawl picked up where it'd been rudely interrupted.

10:47, time to start thinking about heading out into the moist April night air, looking for Mom's car, grabbing a copy of GO!, the free pop-music newspaper, on the way out. It'll give me the scoop on The Blues Magoos and Peaches & Herb.

In the parking lot, as Zit-faced Zelda rode past, her dad at the wheel of the Lark, the windows rolled down. Nancy very deftly flicked her lit cig right past the back of Zelda's head, into the rear seat. She said to me, "It'll take a minute, but it'll burn the plastic, then the stuffing will catch and go up in blazes. They'll be heading home, wondering where the smoke smell's coming from, then whoosh! What're they gonna do? The back seat's on fire. Shit. Here's my mom. Got any more of those mints?"

-Illustration by the author.