How to Be an Ally 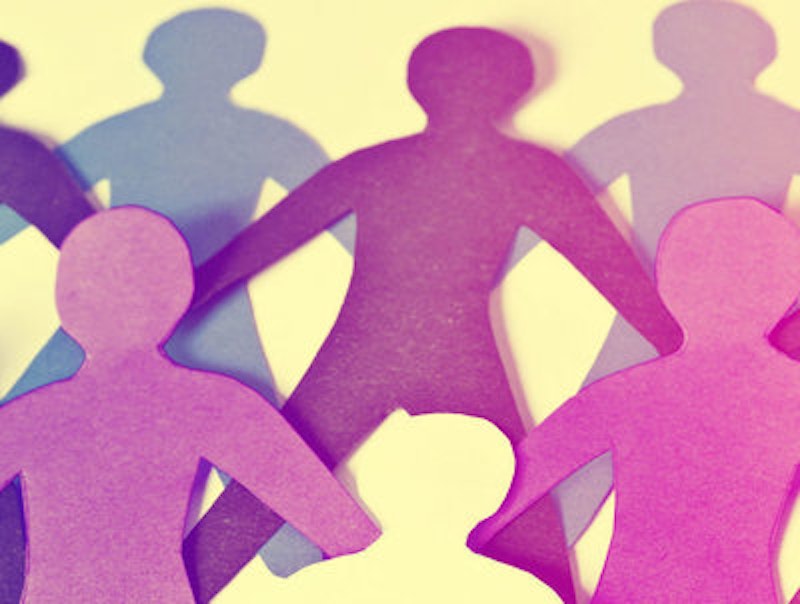 A: An ally is a friend, a supporter, a fellow-traveler—someone who isn’t necessarily a member of an oppressed or marginalized group but is down for whatever the cause is. Please do not confuse “ally” with “alley,” “Allie,” “alloy,” or “alien,” which are different things you should Google for clarity.

Q: I’m an ally, and I feel pretty good about that. I want to declare this to the world over and over again—over drinks, in bodegas, on social media. Is that cool?

A: Nah, nah. That isn’t cool. That’s making the cause about you.

Q: Wait, the cause isn’t about me?

A: The cause is not about you.

Q: So, what exactly does an ally do? How can I help?

A: Mostly, being an ally is about listening, learning, no judgments, not freaking out when a litany of academically-oriented epithets are directed your way by members of the group, raising awareness outside of the group, advocating for the group in a low-key way, sharing links or posts on social media. You may be asked to join a protest, distribute literature, plan a potluck, sign a petition, or chain yourself to a bike rack in front of a government office.

A: If you see something, say something.

Q: Wait, what does that even mean?

A: Well, it’s cause- and context-specific. But, look, don’t overthink it. When the moment comes, you’ll know what to do or say.

A: Off the top of my head, just “solidarity,” because people both inside and out of the cause loathe that one.

Q: Should I buy and wear the t-shirt, if there is one?

A: You definitely should.

Q: Does being an ally also mean that I should be combative and reductive on social media in the face of oppressors?

A: Wow, I’m glad you asked this question; this might be the most important one I’ll answer. It may be the quintessential question of our era. The short answer is no. You should not do this. Oppressors typically suffer from martyr complexes, and seek to provoke strangers and people they know by saying socially disruptive things in shared settings; it’s like wandering into the cafeteria during lunchtime and yelling “I hate niggers” and daring anybody to react. If you react, you’re feeding and fueling the disruptor's inherent sense of persecution. But—but but but—this is not just about disruptors or oppressors. It’s also about everyone who’s also part of the oppressed group or an ally flash-mobbing to your defense to attack the enemy, which is a very human thing to do but also deeply, darkly fucked, an instinctual mob mentality that in the real, physical world has resulted in people being beaten to death or lynched or drawn and quartered. Have you read any Michel Foucault? You should.

Q: So what should I do in those situations?

A: Respond in a measured, thoughtful way that sets the oppressor straight but minimizes antagonism. This means not calling the oppressor any names.

Q: What if that doesn’t work?

A: Post a relevant link, and then disengage. Letting friends and strangers get your goat online is exhausting, and life is exhausting enough as it is.

Q: I’d like to post a long screed about the cause to my blog, social media, or a popular website frequented by members of my peer group. Is that okay?

A: Sure! Just try not to refer to yourself and be prepared for various factions to destroy your personal life and reputation.

Q: How should I address suspected narcs in the movement?

A: That’s a bit too complicated for me to get into, but Hollywood has dedicated hours of cinema to answering this question.

Q: What about meetings?

A: There may be some meetings, yes. Sure.

Q: If there’s a meeting, can I surprise the group with pizza?

A: Back in the days of SNCC, Martin Luther King Jr., Malcolm X, and Stonewall, that probably would’ve been fine, but everyone’s allergic to so much random shit now that you should probably just buy a vegetable platter on the way to the meeting.

Q: Can I bring drugs or alcohol?

Q: I have a particular set of skills that I’d like to contribute to the cause. How should I communicate this, as an ally?

A: Send an email to two or three people who seem to be in charge of things, then wait. If you never receive an answer, don’t get resentful.

Q: I’m following your advice, but I’m getting burnt out because members of the group are using me as a punching bag for no discernable reason. I don’t feel like I deserve that; I have my own life, job, and issues, and I don’t want to waste time trying to support people who seem to hate me for historical, genealogical, and gender reasons that are beyond my control. At the same time, I do believe in this cause and want to help advance it. Would I be better off walking away?

A: No. Don’t. Don’t give up! Those group members are taking their frustrations—which have little to nothing to do with you—out on you, but there are other pockets of the disenfranchised out there that you can support. So start over. Find another one. Nobody with a big heart deserves to be a punching bag.