We Aren't Going to Confiscate Your Gender 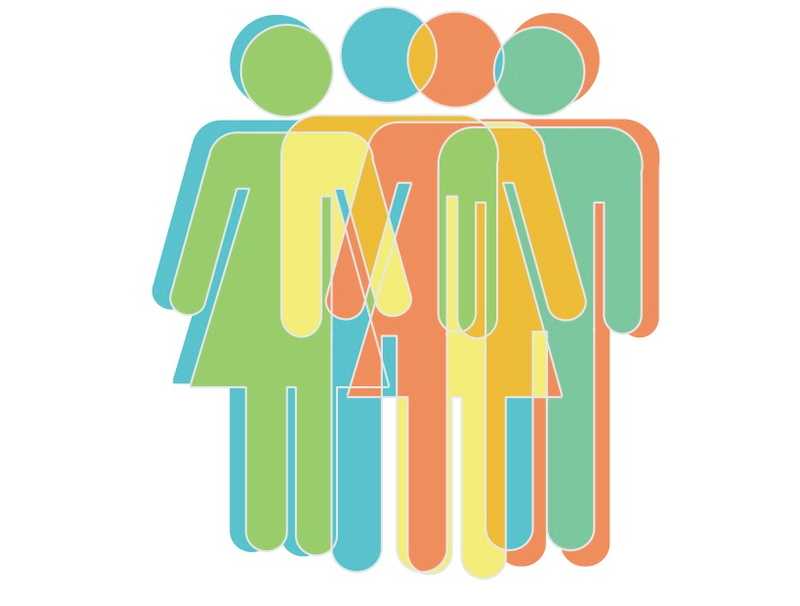 Given my feelings about The Danish Girl, it’s no surprise that I view Elle Fanning’s stint as a trans man in About Ray with a similar level of side eye. But today I saw a blog post written by a transmasculine fella that gave me pause. He gushed about how important the very existence of the movie was for him, saying that if it had existed a decade ago, he would’ve been spared years of internal conflict and pain. I wasn’t sure how to react, but I had to quickly make peace with the fact that our opinions as trans people were simply not in sync—and that’s okay.

These are the sorts of deep-seated disagreements that we in the trans community have on a daily basis. The fact that one trans person is fine with being called “dude” doesn’t affect the others that lapse into dysphoric shivers at the mere thought; when one of us describes a traumatic tale of being misgendered at work, some among the audience wonder why that particular misstep was such a big deal (after all, we’re guilty of that too sometimes). Hell, we can’t even agree on what gender dysphoria itself feels like. For me, it usually manifests as a general sense of anxiety and depression that stays mainly in my head, while others describe an almost physical pain or a feeling of total bodily and/or mental dissociation. There’s no one way to be trans. Gender identity is a very tricky beast, and by that same token, there’s no magic bullet of discourse that will distill trans issues down to bite-sized nugget for those on the outside to swallow.

Given how much we within the trans community are in conflict with our friends and our very selves over fundamental aspects of our identities, it’s almost comical to read pieces like Todd Seavey’s last Monday, which lament how confusing it is to navigate (trans)gender politics as a cis man. (What’s inarguably comical is Seavey’s closing thesis that people in general “are gonna do what they’re gonna do” and should “just shut up about it all,” since if they did, he would have no relevance. Not to mention the 13 logical fallacies that argument invites—but I digress.) I would invite Seavey (who also writes for Splice Today) to be coercively assigned female at birth for a real sense of confusion, but I’m trying not to be flippant, because there’s a point to his ramblings: it’s legitimately confusing to try and figure out just what the hell all these Transes are talking about.

But to be perfectly frank—what do you expect? This is our period of social upheaval, our time to figure out what we’re doing and how to proceed as a unified group—because right now, there’s a lot more infighting and arguing than bridge-building. That’s what happens when you start a relatively new category of identity politics (which are unavoidable—everything comes back to politics, and anyone who says differently is selling something.) Whereas, for example, the black community at large has been honing a message regarding systemic and internalized racism, police brutality, and institutionalized white supremacy for the better part of a century, trans folks just figured out it was comparatively safe to start writing books about the theory of our existence a couple of decades ago. At the risk of oversimplifying a charged bit of history, MLK and Malcolm X had a lot of rhetoric that didn’t match up, and even now, people of color have differing opinions about race in America and in the world at large. Why should the trans community have to get its shit together into a general-purpose manifesto when we’ve barely even proven the validity of our existence to cis folks?

In his blissfully dismissive article, Seavey cites a controversial op-ed in The Independent (which he read about in the New Republic, so you know he got a fair and balanced view of the whole issue). If Seavey had linked to the article in question, readers would’ve seen that not only did The Independent run a rebuttal the next day, but that the original post’s author Katie Glover has also written about seceding from the “LGB” section of the queer umbrella. In short, that article hardly represents a rallying cry for the big, scary Transsexual Revolutionary Army that waits in the wings to confiscate everyone’s gender. (To any TRA operatives reading this who believed their “go” signal had been confirmed, stand down. I repeat, stand down.)

Look, let me put this in terms a cis can understand. Have you seen the Captain America: Civil War trailer? Sick, right? I know. There’s that line where Iron Man cautiously says to Cap, “You seem a little defensive.” Cap replies, “Well, it’s been a long day.” They’re talking about actual fisticuffs, but the fight trans people have been in to exist without fear of being literally lynched has been drawn out of the course of a very, very long day. So please forgive us if we are, by and large, a fractious and discomposed group of oddballs. It’s just that we can’t all speak as one person—and that expectation, plus your collective ignorance and condescension, is sometimes worse than actual dysphoria.

I mean, depending on whom you ask.