Nothing More Than Feelings

It isn’t true unless it feels true to you! 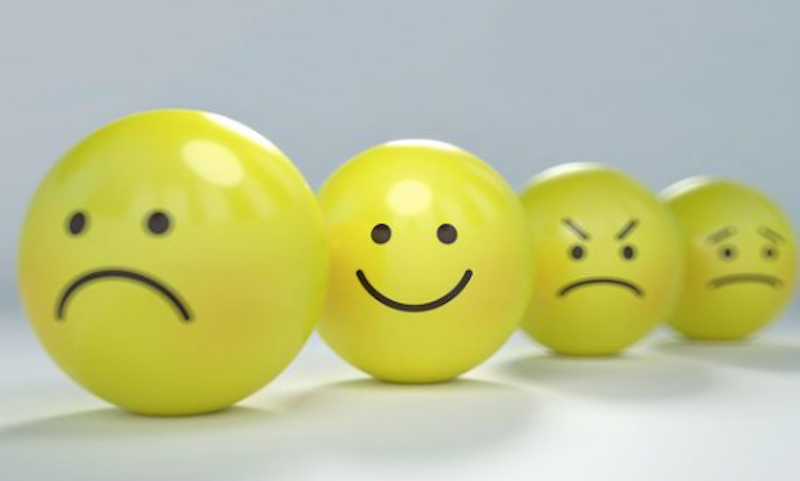 “Feelings, nothing more than feelings,” goes the titular line from the hit Morris Albert single. “The personal is political,” claimed a host of second-wave feminists (its origins are unclear). And though some scholarly types might argue there’s more to it, when these two phrases are bundled together, they characterize the bulk of the “Discourse” produced by the “Extremely Online,” a passel of forgettable branded hack selves using their surplus of empty feelings to make it personal and take it personal, to stir the drink, to chase that clout. Which is fine, I suppose, except for the damage it has done and will continue doing to civil society.

“But civil society is pretty freaking un-civil these days, and common sense is pretty freaking uncommon!” joked the hot college comedian, who was canceled a few minutes later when it was discovered that he had liked a mean tweet from some alt-right UFC fighter. Too bad for him, though: he probably felt terrible about the whole thing. He felt terrible, felt it in his heart, felt it in his soul. All the feels, you see.

Let’s take our hypothetical hot college comedian and go a bit further with his plight. Perhaps some “page” or intern fires off a personal essay about how he slid into their DMs, an essay that runs above the virtual fold on The Guardian and launches another part-time millennial media take-writing career. Perhaps our hot college comedian, seeking redemption, pens a personal essay about how he was abused as a wee lad by the stereotypical pedophile priest and now realizes he wasn’t a harasser, just sexually confused. And perhaps both of these people outsource the writing of their essays to someone like me, an unfeeling mercenary with a poison pen and the ability to type 125 words a minute.

I’ve written so many personal essays: mine, theirs, and maybe yours, if the money’s right. These are easy-mode projects. I can have any feelings at any time. I had mine beaten out of me as a kid, but that’s okay—I still sold a bunch of essays about that wild and crazy period, in order to get that blue checkmark by my Twitter handle. However, one thing I never said in those essays is that I didn’t mind the beatings and rantings and mindfuckings one bit, not really. They kept things interesting, truth be told. I knew my father’s batshit insanity was the product of structural forces and material conditions beyond his control, and because of that, I didn’t take it personally.

I don’t take anything personally. As I wrote in a recent Splice Today essay,“You could spit your COVID-19 in my eyes, and I’d call it God’s divine dew.” Humans make horrible and instantly regrettable choices within the frameworks of the material conditions they find themselves inhabiting, and more’s the pity because they either descend into unbearable self-hatred or begin whinging about others. One thing I learned from my dad is that anyone can break your heart, if you let them. But once you realize they can’t hurt you after you’ve built a firewall to keep these careless boobs at arm’s length, you’re okay. The American founding fathers, those bewigged slave owners and tax-avoiding molasses smugglers, understood that loud and clear—intellectual historian J.G.A. Pocock’s The Machiavellian Moment concerns, among other things, their careful attempts to limit corruption and promote classical virtue.

But they’re not the only ones who knew the score. Martin Luther, that stubborn old blowhard, believed that the secular legal system was in place to bind the wicked during their lifetimes on earth. The put-upon protagonist of Tolstoy’s short story “God Sees the Truth, But Waits” tells the man who framed him and ruined his life that God will forgive him, and it’s entirely possible that he—the protagonist—“is a hundred times worse” than the man who framed him.

The fact that my father beat me like a government mule, then, provides no basis for a series of legal reforms, much less the construction of an entirely new political system. It’s just something that happened, a pathetic occurrence on the face of a planet that has experienced billions of them. It was never personal when I sold those essays, Dad—hell, you’re the one who told me to do it, to cash in, because it’s “just business” and when you were dead and gone, “deader than dead,” who cared? It was “just business,” “just words.”

The idea that words spoken in anger can hurt is one thing; words spoken in a serious argument hurting is another matter altogether. Here’s where “feelings” and “personalizing the political” bog down genuinely helpful debate. Getting mad or “triggered,” in anything resembling a serious discussion— there are vanishingly few of those nowadays—is an easy out, a way of asserting strength through weakness. People spend lifetimes learning ways to evade or shut down serious conversations: hiding behind degrees and credentials that mean nothing, behind ferocious displays of assumed vulnerability, behind tattletales told to the teacher wielding the paddle of the ideological state apparatus. You love to see it, except you don’t, because it sucks.

Yet so many of you feed your feelings right back into the marketplace of ideas, one tweet or post at a time. It might as well be the marketplace of feelings at this point (not that it matters; what matters is that it’s a marketplace, that ineluctable meeting-point of human minds and bodies). Everything that’s happening, all this death and loss and love, matters insofar as it happens to you. You’re a mattering-machine, running your feelings through a hot take maker like so much fresh copy pasta.

And that’s okay, I guess. The whole world, which is a harsh and unforgiving place, will always “feel” impossibly parochial, insignificant in comparison to the branded self that roams cyberspace in pursuit of attention. “Everybody wants to feel loved and liked,” my dad used to tell me. “So if you say that to them, and sound like you mean it, they’ll believe anything else you say.” What he meant, I think, is that feelings are an insincere, perhaps even counterfeit, currency. Most of us, when we desire something, actually desire to be desired. The personal essays we share, whether written by the name on the byline or by me, obviously speak to some feelings we believe we feel. But do we really feel those feelings, or did we see them in a movie? Did we read them in a magazine article?

It doesn’t matter. What matters is that you or the hot college comedian or the intern he harassed paid me to write the personal essay outlining these feelings, the check cleared, and I did the work of writing it. I honored my end of the contract. You got your story. We will never speak of it again. That’s just business, blunt and impersonal, and that’s why your feelings will never matter as much as the grinding of the gears, the profit motive, that undergirds the true organizational structure of this society. Amazon has no feelings, even if juiced-up Jeff Bezos is probably feeling pretty swole these days. It just is. The same goes for your rental company, which only wants your cash on the barrelhead within five days from the first of every month.

So many people feel like we need a better world. They feel for all of the other folks out there who are suffering. They feel mad that anyone would dare to disagree with them online. They feel so much it hurts, so much it hurts all the nameless, faceless masses who want action, genuine relief, anything but your “feels” or, if you’re right-wing, your “thoughts and prayers.” Nobody gives a shit about your feelings, nobody but you, the most important nobody who ever lived. I’m here for it.