The Future Was Just Here

I’ve never wasted a second thinking about politics or religion. 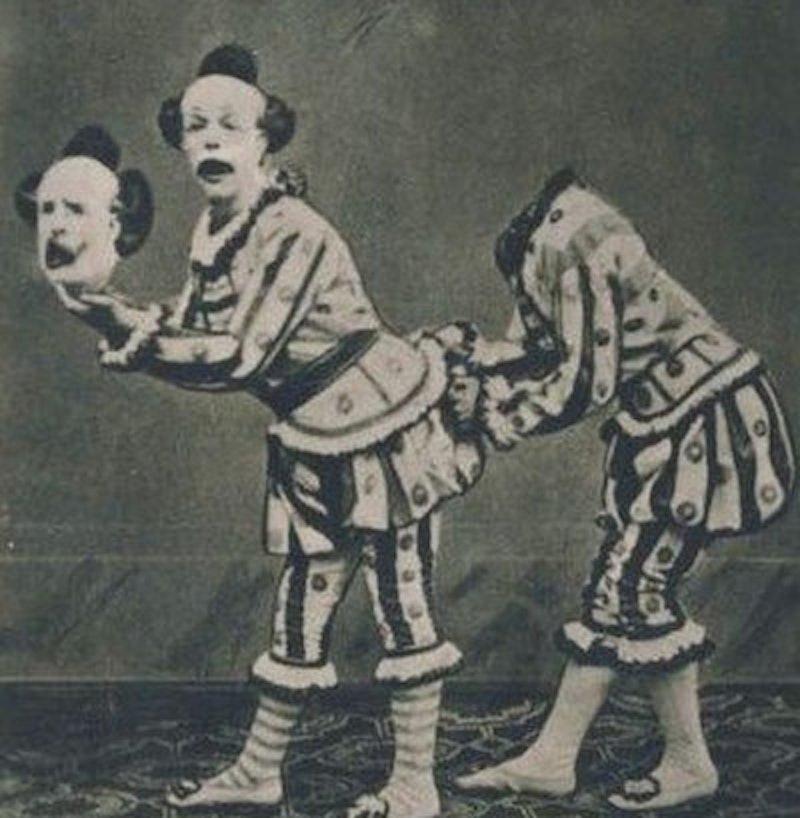 Unknown to the vast majority of the country, the terror was just starting to foment the night of John Hinckley’s failed Reagan assassination in 1981. I’m perched on my usual favorite barstool at the Mount Royal Tavern. The television above keeps replaying the incident over and over again every 30 minutes. That video clip is permanently imbedded. The decade of the Reagan years was just beginning. The standard lone gunman nut scenario played out in excruciating slow motion. Right up there with John Lennon, Dr. Martin Luther King, the JFK assassination in 1963 and the silencing whack of Lee Harvey Oswald by Jack Ruby in slow motion. Hinckley had an obsession with the film Taxi Driver and an unhealthy romantic crush on the adolescent actress Jodie Foster. The horror of the 80s sunk in like a bloodstain. It was impossible to remove the flooding tableau of the Me Generation, war machine, corporate greed, and the "Just Say No" war on drugs unfolding. President Jimmy Carter’s environmental initiatives were trashed and left by the wayside. For the next eight years Ronnie and Nancy paraded around like some homespun Hollywood royal family. It was Father Knows Best meets Lancelot Link and Bedtime for Bonzo. Except the main character was a jellybean-addicted POTUS and his wife was his simian mommy.

A sweltering summer afternoon on Houston St. in NYC, circa 1989. I’m at Milano’s Bar. The front door is wide open. A pigeon jumps up the step through the doorway, turns around and jumps back down to the sidewalk. The pigeon does this over and over again. It feels like the entire city is a behemoth sweaty butt. I shoot the breeze with Jo the bartender. On most days it stays empty until Happy Hour. Patrons begin to trickle in slowly. An old guy I didn’t recognize shuffles up next to me. “May I sit here?” He’s pointing at the empty barstool next to me. “Be my guest… can I buy you a beer?” As soon as I asked, the stench of stale urine hits me in the nose. I moved a few seats over. At that moment, some guy bounds in with a platter of meatballs and sausage in sauce and two loaves of Italian bread. The good kind with the hard, but flaky crust. It was perfect timing to get up and move down to the end of the bar by the door and some semi-fresh air. Just as I was biting into a sausage, I hear the bartender scream, “Oh no not again!” The old guy has pissed himself. There’s a puddle spreading on the ancient tile floor. Another old guy grabs him by the collar and bum-rushes the pisser out the door as the pigeon jumps and takes flight.

Later that evening, I’m at The Right Bank Café in Brooklyn. It has cooled down, there’s a breeze coming off the East River. I can see the twin towers of the World Trade Center looming large against the Manhattan skyline. I thought to myself, those damn towers will be there long after we’re gone. I was usually right or wrong about most things. I was also thinking about my future or the lack thereof. I was 33. The same age as Jesus when he was crucified. I reckon we all have our cross to bear. Earlier at Milano’s, I’d daydreamed about walking over to the Ravenite Social Club and introducing myself to John Gotti. I actually considered that he’d hire me to be his “go for” guy or errand boy. Being a full-blooded Sicilian he should hire me on the spot. Maybe even invite me into the club offering me an espresso and a cigar. Possibly a shot of anisette. I had many delusions of grandeur covering all facets of my part in the modern world. Where did I fit in? I thought about all the things I didn’t want to be. I contemplated my foggy future.

I’d just subscribed to the Hobo’s of America newsletter. Thinking I could hop a ride on the rails and see America. I thought maybe I could become a self-made freak and join the Coney Island Sideshow. Play my guitar and sing songs about injustice and poverty a la Woody Guthrie. Become a champion of the downtrodden and masses of forgotten folks. The ones who fall through the cracks without a safety net. Instead of a poet in a pointless world. Nobody reads poetry except other poets. Or so it seems. I could start a blues punk rock hillbilly band. Sing songs about drinking and ballads about death and lost love. Maybe become a clown. A punk rock clown. My name would be Skelly Skulleton. I would travel from town to town performing and singing. Making balloon skeletons and telling off-color risqué jokes and one-liners. I called the clown college in NYC but they weren’t taking any new students. Perhaps start a business selling ideas to people who have none. Become a courier transporting thoughts and dreams to those in need. Be a confessor psychiatrist bartender with an upscale clientele of deviants, perverts, and ne’er do wells. Train as an assassin striking down half-baked ideas. So many careers to choose from. So little time. Roy Orbison sings “In Dreams” and I’m that candy-colored clown they call the sandman.

At present I drink at home. I no longer perch on favorite barstools. I still daydream about the future. Many of my dreams did come true. One thing I know is to be careful what you wish for. Now I spend my time on a farm. My wife and I sit in our rocking chairs. I plan to purchase a shotgun soon. I think about setting up a moonshine still. I have plans to grow medical marijuana. I dream about chickens and eggs. I ponder beehives and honey. Planting vegetable and herb gardens. There are so many options in life, it’s hard to choose only one. Sometimes things just happen by accident. Other times dreams come true. I never wasted a second thinking about politics or religion. So please, I beg you, stop… just stop thinking about presidents. You feed the monster. You give them the credence they never deserved. Ignore them. Don’t show them your fear. Don’t give them your hatred. It only makes them stronger. Turn your back on them. Talking about them changes nothing. Marching in protest is futile. Foaming at the mouth accomplishes less. They will not survive without you. Imagine a world without them. Change the channel or better still, turn them off. Maybe they will get the message. They are not welcome here.