I told them to stop all life sustaining measures. 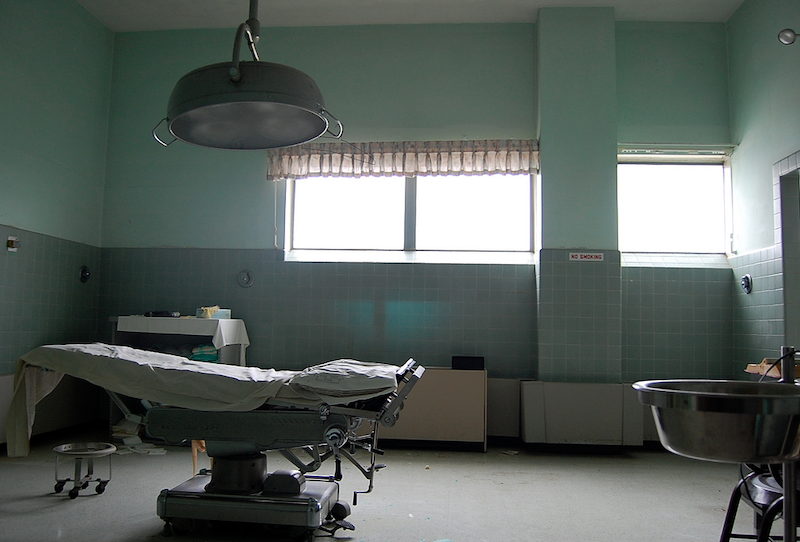 There are weeks, even months, that I don’t think about that day. Life goes on. But then someone will say something, or I’ll see something on TV and I’ll have a flash of memory. The way she looked. The doctors and nurses. The calls to my siblings telling them to come and say their goodbyes.

Today I looked at the calendar and felt a wave of sadness wash through me. It’s been five years since that fateful day and it still hurts. My mother went in for a standard knee replacement surgery and died 13 months later after MRSA had eaten through her system. They were excruciatingly painful months for her; a grueling time for me. I was her advocate.

Doctors who’d never met her until she contracted the infection insisted she was just “giving up” and wanted to die. Specialists told me she wasn’t really in pain, she was just depressed. Insurance representatives insisted on alternative, more economical medications, even though she’d had a history of side effects and negative reactions. Hospital staff would forget to turn on her oxygen after returning from an x-ray or test. They wouldn’t answer a call for a bed pan until it was too late and often disregarded the bed sores developing on her skin.

Every step of the way I’d have to fight for my mother to be seen and heard, to be believed. At one point, she was in such pain she lost consciousness. Even then, she seized in torment. It was clearly not psychological. The pain was real and had a physical source. They finally believed me. When the root of the problem was finally addressed, she regained consciousness and immediately started teasing and joking with the staff. She was not depressed. She was not giving up.

It was always a fight to make certain she was receiving the care required. She was too sick to ask questions, much less argue. More often than not, they had her on too many drugs to think properly.

Everyone facing sickness and disease needs an advocate.

I was the one who noticed the cyst growing just above the scar at her knee. It was when they drained the sore they realized how much the infection had invaded her body. By the time they got all the tests run, it was in her lungs. Methicillin-resistant Staphylococcus Aureus. MRSA was killing my mother.

While government representatives argue over healthcare, we’re living the horrors every day. Our system is broken, but it’s not just the elderly, infirm, and sick that pay the price for this failure, it’s the family and friends who sit by their beds, the loved ones who are left behind. It’s the advocates who carry the wounds for years to come. The healthcare debate doesn’t begin to touch the far-reaching impact of a failed system. The fact there’s still a debate regarding common pre-existing conditions, chronic disease, and even maternity care demonstrates how little basic healthcare is understood, much less the pervasive peripheral effect on family and society.

“I’m so glad you’re here.” Those were the last words she said to me. I’m glad I was there too. If only there’d been a healthcare system in place that was there with us too.