Being drunk and stoned most of the time helps everything. 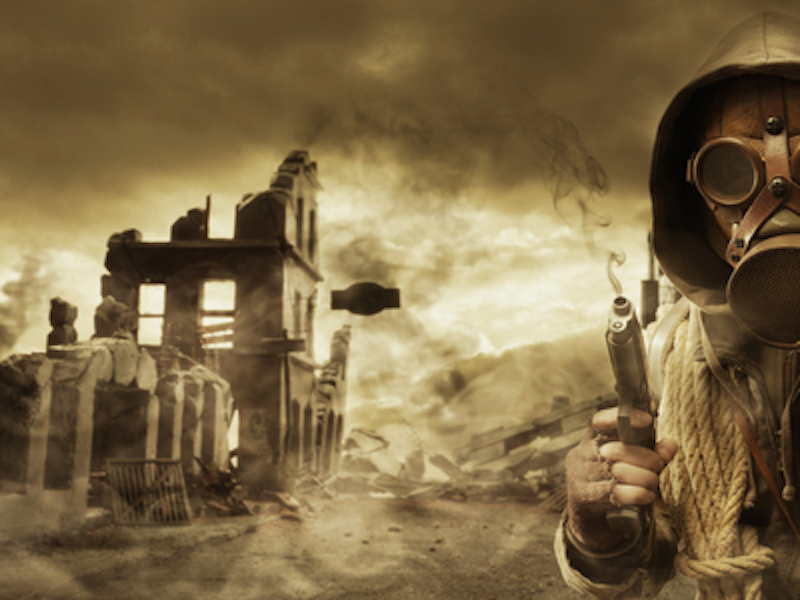 It’s hard to tell whether the 21st Century is a Thomas Pynchon novel or the second season of Twin Peaks. I’m fairly sure that Lost nailed it. Sometimes it approaches coherence, plots and subplots are revealed and resolved, characters unmasked, truth revealed. Other times it whipsaws around wildly, seemingly significant plotlines spinning off into unrelated and unexpected tangents or dropped entirely, surprise cameo appearances, and random unpredictable violence. I suspect that the fortune-telling business is in serious trouble. Even the weather is wonky. “We’ll get some relief from the heat tomorrow morning when Tropical Storm Donald makes landfall. Thunderstorms and high winds beginning at dawn, continuing through the day, with a 20 percent chance of nuclear war. Be careful out there...”

Being drunk and stoned most of the time helps. Ben Franklin once said that beer was proof of a loving God. Alcohol bestows unto me a graceful tolerance of human stupidity vital to getting through the day without going postal, and weed is really the only thing for anger management. It immediately renders the infuriating amusing. I often wonder how many people I’d have killed if not drunk and stoned for the past 50 years. It’s entirely possible that LSD kept me from becoming Hannibal Lecter. Out of my 63 years, I’ve been sober for 12. I didn’t kill anybody. I’m proud of that. I was a very dangerous child.

Cigarettes help. It’s therapeutic to set something on fire every 15 minutes or so. In the course of picking up beer, I also purchased 150 capsules of potassium iodide yesterday. The threat of nuclear annihilation has loomed over my existence since Day One, and I’ve reached my Reservoir Dogs moment with it: “Are you gonna bark all day, little doggie, or are you gonna bite?” It’s as irritating as people who talk incessantly about suicide. I won’t be threatened with violence of any kind. If you want to die, there are plenty of people who’d like to help you. They’re everywhere. Why do the heavy lifting?

Murdered DNC whistleblower Seth Rich won’t stay dead. He’s like some awful boogeyman from a 1980s teenage slasher flick. The assassination of Rich was one of the most inept hit jobs ever perpetrated. Shot four times just outside his home, he was found with his wallet intact, his cell, and allegedly wearing a necklace valued at $2000. The DC cops called it a “botched robbery” and dropped the case, allegedly on orders from the Mayor. The idiot or idiots who did it should’ve grabbed the phone and wallet, at least. Better yet, they could’ve let him open his front door, muscled their way in, and set the scene for a suicide.

Only the Clintons could be that arrogant and stupid. It’s not like that hasn’t been done before. Remember when Bill Clinton fired FBI Director William Sessions the day before they found Vince Foster’s body in Ft. Marcy Park? Of course you don’t. Keep an eye on John Podesta. He’s due to be found dead of “natural causes” on a park bench in DC, maybe a single-car accident. Maybe he’ll get up from a plate of linguini and clams and go canoeing in the Potomac with a storm coming in, leaving the TV on, like ex-CIA director William Colby. Yes, you got me right: I know what William Colby’s last meal consisted of. Read a book sometime.

It’s amateur hour in the Deep State, American Idol for spooks and assassins. The days of E. Howard Hunt and G. Gordon Liddy are long gone. Julian Assange has been clear about Rich’s leak of the DNC emails to WikiLeaks. It was not a hack. The “Russian hackers” narrative is ridiculous. Anyone peddling that nonsense is either a complete fool or a shill. Heard from Louise Mensch lately, or supposed retired MI-6 agent Christopher Steele, who apparently swiped his name from Marvel Comics?

If Trump really wants to rattle some cages, he should appoint John McAfee to run the NSA. That agency is a joke. Putting the military in charge of cyberwar is suicidal. Hackers and military personnel are antithetical life forms. It’s a shame Trey Gowdy isn’t interested in running the FBI. He’d be the best director that agency ever had, but I suspect that he has bigger ambitions. Should anything untoward befall Trump, Gowdy would be an excellent candidate for 2020. War veteran Tulsi Gabbard is the best Democrat out there, but the DNC is already distancing itself from her owing to her opposition to the endless, ever-expanding war in the Levant. Trump should definitely put me in charge of the DEA, just for insurance.

When it comes to foreign governments meddling in the American electoral process, no one comes close to Israel. It’s the unmentionable elephant in the room. These never-ending wars, this unprecedented refugee crisis, all of this is happening at the behest of Israel. Their quaint little throwback settler ethnostate is based entirely on a bunch of genocidal pseudo-mysto mumbo jumbo from the Bronze Age. You might as well base a nation on the Necronomicon. Their prophets predicted that they would rule the world with a rod of iron. We are that “rod of iron.”

I’ll believe that real change is coming when I see Vladimir Putin take out the Rothschilds and all of their infernal devices. Until then, it’s PBR and bong hits, Netflix and chill, buy more guns, stock up on quality toilet paper, bottled water, and ammo. The 21st Century is a lot of things, but boring isn’t one of them. Stay alert, stay alive.