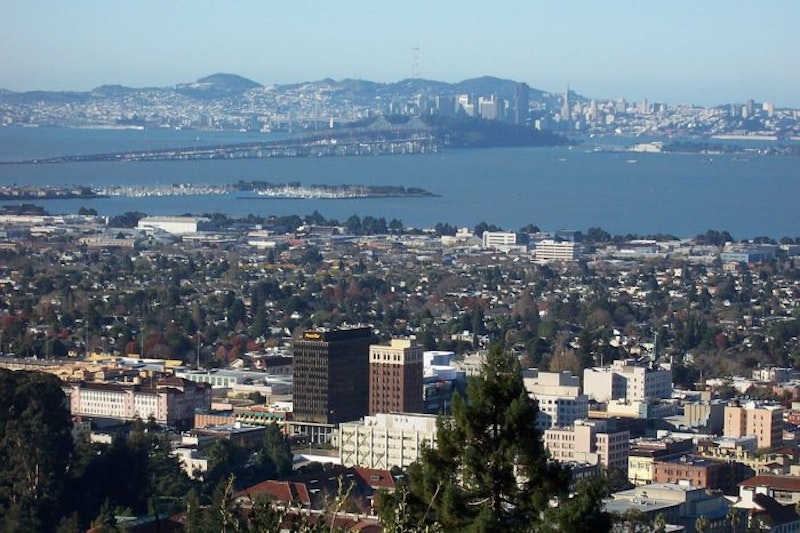 As everyone knows, San Francisco is an unaffordable place to live for anyone who isn’t wealthy. Artists and working-class techies are flocking to Portland and Austin in droves, or living in hacker spaces and communal housing projects. On the outskirts of San Francisco is the nightmare town of Berkeley, which I’m convinced is what caused The Dead Kennedys to write the punk rock anthem “California Über Alles.”

While Berkeley’s a hotbed for AI developers and intellectual rationalists, it’s also a town in which science is considered to be a mental phenomenon. Berkeley isn’t full of wealthy people, but people who want to be wealthy. It’s much easier to get a lease in Berkeley than Oakland, which is quickly becoming the new San Francisco due to its recent gentrification. If you’re an artist or working-class techie who wishes to work in San Francisco, you may find yourself in the utopian nightmare town of Berkeley. You’ll be surrounded by a brave new world in which new age scam-bible The Secret is required reading. Your neighbors will be soccer moms who think they can move beyond being wannabe-wealthy by casting protection spells against Donald Trump. Nevertheless, the homeless people on the streets will attack you for being “rich.”

As someone with chronic back pain, I decided to see a massage therapist upon my move to Berkeley. My experience didn’t resemble pain relief. The massage therapist, who had five stars on Yelp, accused me of having negative thought patterns and creating my own pain with my energy. She wasn’t some shamanistic practitioner, or even a psychedelic burner with a huge Alan Watts library who was into psychedelics. She was a basic mean girl. She was only following orders—from the universe.

Berkeley was surrounded with people like this massage therapist, and I dubbed them The Energy Police. I was asked to relax my vibrations whenever I’d go to the store to pick up supplies for the house. I was not more neurotic than a typical NYC artist or San Francisco founder. I was hyper-verbal, but civilized. Nevertheless, I was treated like dirt because my vibration just wasn’t right. Existential philosopher Jean-Paul Sartre says that hell is other people. I now believe that hell is other people attacking you for your energy levels, and then accusing you of being the attacker. My aura had caused unrest.

The mean girls were not the conservatives. They weren’t the cheerleaders, or even the conservative cheerleaders. The mean girls were The Chakra Clique. Instead of shunning me for being weird, angry, or arrogant, they shunned me because my vibrations upset them. I felt like some type of rapist, though I had never violated anyone’s consent. I simply had the wrong type of energy, so The Chakra Clique lost their shit. How could these so-called empaths be so insensitive? I didn’t have enough Goddess Points for them to treat me like a civilized person. The only thing The Chakra Clique made me want to align was my aim at the shooting range.

The Chakra Clique wasn’t unique in its struggles. Instead of its participants expressing themselves through art, music, and writing; The Chakra Clique expressed themselves through The Eternal Retreat, which was a healing trip from which they could never return. Yoga coach was the new barista, and that was just life. These mean girls simply wanted to work on their self-care so they could heal from wounds and live a prosperous life. They didn’t realize they were hurting me with their gossip and cattiness, and only wished to stop me from polluting their energy fields with what they perceived to be toxicity.

After moving out of Berkeley I began to regain my sanity. I started reading about how Taoism was related to economic prosperity, and committed myself to getting the treatment I needed for my anxiety. Without having energy healing constantly shoved down my throat, I began to see that it was essential for me to relax in order to succeed. My energy and vibrations are more positive now, but I don’t think I’ll be going back to Berkeley. I hear than Portland has some tech openings.