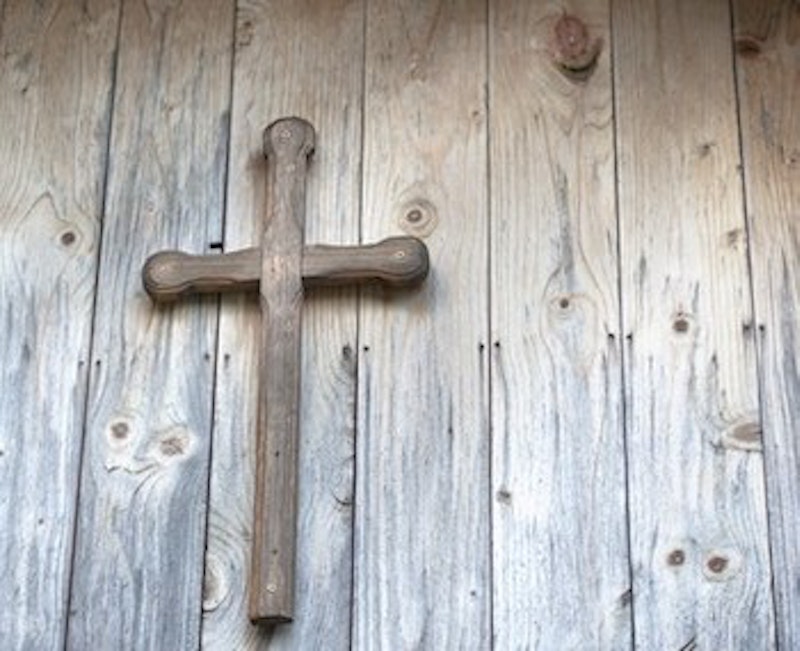 The paleocon digisphere is louder than ever with defeatist mutterings about the imminence of left-wing totalitarianism—of a “woke” regime with roots in the campus left that will, upon achieving power, brutally settle accounts with us traditionalist conservatives, among other deplorables. Thinkers whom I respect are bruiting the possibility of severe repression, enabled by the surveillant technology of a Silicon Valley that’s already committed its overwhelming power to the service of the cultural left. Comparisons are made, if not to Stalinism, then at least to neo-Stalinism of the Brezhnev regime. Talk of concentration camps, of American “Red Guards,” even of physical extermination, is in the air.

Rod “The Monetizer” Dreher is, naturally, already shopping around a book proposal on this theme. The sun never sets on Dreher’s efforts to “cash in,” squeezing a shekel out of the themes, preoccupations, and anxieties of our noble paleoconservatism.

I don’t deny that the progressive assault against our kind, defined expansively to comprehend anyone who dissents from the Establishment consensus, has achieved a new intensity.

As I’ve written before, I’ve recently begun to feel, for the first time in my life, a wary optimism about the cultural and political situation in our country, and in the West in general. It seems clear to me that what Dreher considers evidence of strength on the part of a rampaging liberalism is rather the opposite—a brittle hysteria generated by progressives’ sublimated realization that their power has passed its peak. As we all know, what follows a peak is entropic decadence. Culminating in death.

In other words, the tide of decades has turned, and we paleoconservatives may soon see that we have started winning a cultural battle that we’ve long grown accustomed to (and maybe even fond of) losing. If we don’t recognize that, it’s only because the skies remain black with the smoke of battle, and we are weary, and it has been long since we have seen the sun.

Speaking of decadence, there’s something just as decadent about Dreher-style apocalyptic declinism—a defeatism indistinguishable from sinful despair—as there is about, say, the moronic optimism of the neocons as they set about attempting to transform, by force of arms, Third World sewers into simulacra of Ike-era Shaker Heights. Both total pessimism on the one hand and total optimism are anti-historical and anti-intellectual—corrupt and stupid, not to put too fine a point on it. The difference is that while such optimism may be barely understandable in a cosmopolitan intellectual, the analogous pessimism is shameful in traditionalist Christian and particularly Russian Orthodox believers—as we paleocons typically claim to be, and whom the Lord calls to that foremost of all the virtues: Hope.

Looking at the cultural landscape now I see the darkness before the dawn, the moment just before the smoke and the stench of rotting corpses starts to clear and our traditionalist armies break through and reclaim long-lost territory.

Faith, my brothers and sisters in Christ, faith!

I suppose it’s a measure of this optimism on my part that I’ve agreed to let Daughter lodge in the apartment of the homosexual in Paris this summer, and to help pay her expenses towards getting to France.

My reasoning is, I hope, sound. Inquiries into the situation lead me to believe that Daughter’s interaction with the homosexual will be minimal.

As I’ve noted before, the homosexual in question—the divorced father of Daughter’s schoolmate—apparently spends his summers with his paramour in a beach house on the Atlantic coast, visiting Paris only rarely, if at all, during the long vacation months traditional to the French. (O civilized nation!) I can thus say with confidence that the chances are slim that my late-adolescent Daughter will witness anything untoward: some “accidental” swipe of male hand across male hip; dainty coupling between male lip and male nipple; a bit of particularly suggestive, and morally poisonous, mincing and prancing.

Then, too, I’ve taken into account that Daughter probably has, without my knowing much about it, by now been sufficiently educated behind my back in the mores of deviant sexuality that seeing such unpleasantries as I’ve described above would have no effect on her—in the same way that the first 10 or 12 drinks bounce off the constitution of the alcoholic, with his rhinoceros-like tolerance.

Anyway, Paris—which, even in its degraded current state, remains essential to the education of the young. I look forward to drafting for Daughter an “ideal” Parisian itinerary, hitting those spots I deem particularly useful to her moral and intellectual development (but is there a difference?). Points on this itinerary would range from sites associated with Charles X, last of the glorious Bourbons, to the National Museum of the Middle Ages, to the various Russian Orthodox churches of the city, to certain Left Bank restaurants at which, in my youth, I enjoyed Sancerre and oysters.

Whether Daughter will even glance at this itinerary, or else will spurn it with the contempt that she spurns most of my contributions to her education, remains to be seen.