The End Of Satire 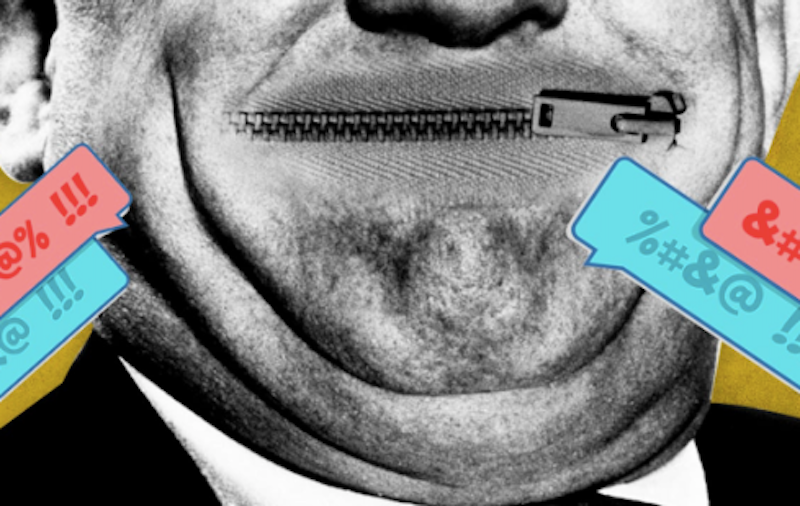 Author/satirist Bruce Wagner, a fine contemporary prose stylist, received jolting news just as his latest novel, The Marvel Universe: Origin Stories, was set to be published. As the 66-year-old writer explained to Bret Easton Ellis during a recent appearance on Ellis' podcast, his publisher (Berkeley-based Counterpoint Press, according to Wagner's friend Sam Wasson) handed him an 11th-hour ultimatum regarding one of the novel's characters—a 500-lb. woman who refers to herself as Fat Joan, which is a playful reference to a social media character who calls himself the Fat Jew.

The "problematic" word "fat,” his editor explained, must be excised before the book could be sent to the printer, presumably because of the current social justice push against fat shaming, which by the arbitrary new rules applies even when a character embraces her own obesity. The L.A.-based writer responded by telling the editor, in so many words, to take a hike before posting the novel online for anyone to read for free. Wagner has given any publisher the right to sell the novel in book form, but he will take no compensation for it. He said this made him feel "liberated." There have been no reports that the author's returned his advance yet, so perhaps that will be the next major literary drama to unfold.

Certain authors have the ability to X-ray their subject matter in order to illustrate the disturbing and unexplored elements that lie beneath the surface. Wagner, author of 12 novels, is one such writer. With a dark, unsparing wit, he subjects the Hollywood entertainment industry to his withering eye, delving beneath the glittery veneer to reveal the moral depravity that is just as much a part of that industry as is the glamor. You could call him the modern-day Nathanael West.

Wagner believes that his publisher was deferring to what's known in the literary world as a "sensitivity reader." Publishers now pay these word cullers, who come in all varieties of demographics (e.g. black Muslims, mixed-race females, etc.) to vet manuscripts in order to spare the delicate feelings of those modern readers who live in fear of being subjected to what they perceive as a "microaggression." It's important to note that sensitivity readers are not hired because of their nuanced understanding of the role that literature has played in society over the centuries. They work in the mushy realm of "feelings."

And what is literature's historical role? During a discussion I had on this topic with Michael Maiello, a playwright and author whose work has appeared in The New Yorker, The New York Times, Rolling Stone, and Esquire, Maiello said the following: "Literature used to explore human foibles, now it's expected to model proper behavior? If only Hamlet had listened more to Ophelia!"

The sensitivity reader, whose only job is to red-flag problematic words, doesn’t take into consideration literary devices such as the "unreliable narrator," which refers to a narrator whose credibility, or character, is questionable. Authors use such narration, usually from a first-person point of view, when they want the reader to doubt the storyteller's credibility, thus forcing them to search their own conclusions. So let's say an author wanted to use a Ku Klux Klan leader as a narrator. This would mean he'd have to use racist language that, while inappropriate in most contexts, is essential to telling a particular story. If publishers are now telling authors that they can't use these offensive words, then many important stories cannot be told in a credible manner.

The rise of the sensitivity reader as literature's new overlord means that publishing houses are moving in the dangerous direction of discounting the essential role that context plays in language. Sophisticated readers are going to be deprived of powerful narration just because a handful of unsophisticated readers lack the maturity to understand that what they are reading transcends the individual words appearing on the page. The effect, over time, will be to make us, as a society, more childlike, because the adults will be protected just as children are.

Younger writers are more accepting of their prose being nannied by the guardians of faux civility, which doesn’t bode well for the future of the power of the written word. Bruce Wagner, 66, is too old and stubborn to brook such censorship. As he recently put it, “My entire body of work would be thrown into a furnace if it were to be read and judged by sensitivity readers." Perhaps publishers who cave to their sensitivity readers should take heed of the connection that the author is drawing between them and the long, disturbing history of book burning.

I asked Darin Strauss, a National Book Critics Circle Award-winning author and Golden Dozen award-winning creative writing professor at NYU, about his thoughts on the Wagner affair. Strauss, whose latest novel, The Queen of Tuesday: A Lucille Ball Story, was recently released, responded: "Common rumor is that James Joyce pulled Dubliners because his publisher wanted to change semicolons to commas. Writers are picky creatures. But some battles are more important than others. Writers have to be allowed to use the words that make people uncomfortable. If we only allow books that make us comfortable, would satire last another day?"

In 1729, Jonathan Swift facetiously proposed that hungry Irish people sell their babies as food in his famous essay, "A Modest Proposal." Perhaps plenty of parents with children found that offensive, but the offended weren't allowed to censor Swift just because they couldn't understand that he was mocking the wealthy. At the present time, we seem to be unlearning centuries-old lessons. Wagner is our current literary hero and revolutionary. He told some undeserving cultural gatekeepers to shove it, which is what more artists need to do. It's ludicrous and paternalistic, not to mention authoritarian, that in 2020 a novelist's character can't be allowed to call herself "fat." How have we regressed this far? Art will die if it's deprived of oxygen by misguided do-gooders who think it's their calling to shield people from the world's grotesqueries and insults.

Adding to the absurdity is that there's amovement underway, under the rubric of social justice, to reclaim the word "fat," just as LGBTQ people have reclaimed "queer." What use are sensitivity readers when they and the editors who rely on their judgment are unable, or too fearful, to take such developments into account? Publishers could save money by developing a list of "bad words" and then using a computer to excise them from the manuscript.