Vinny packed them in when he sang his songs. I dreamed of being a singer like him. 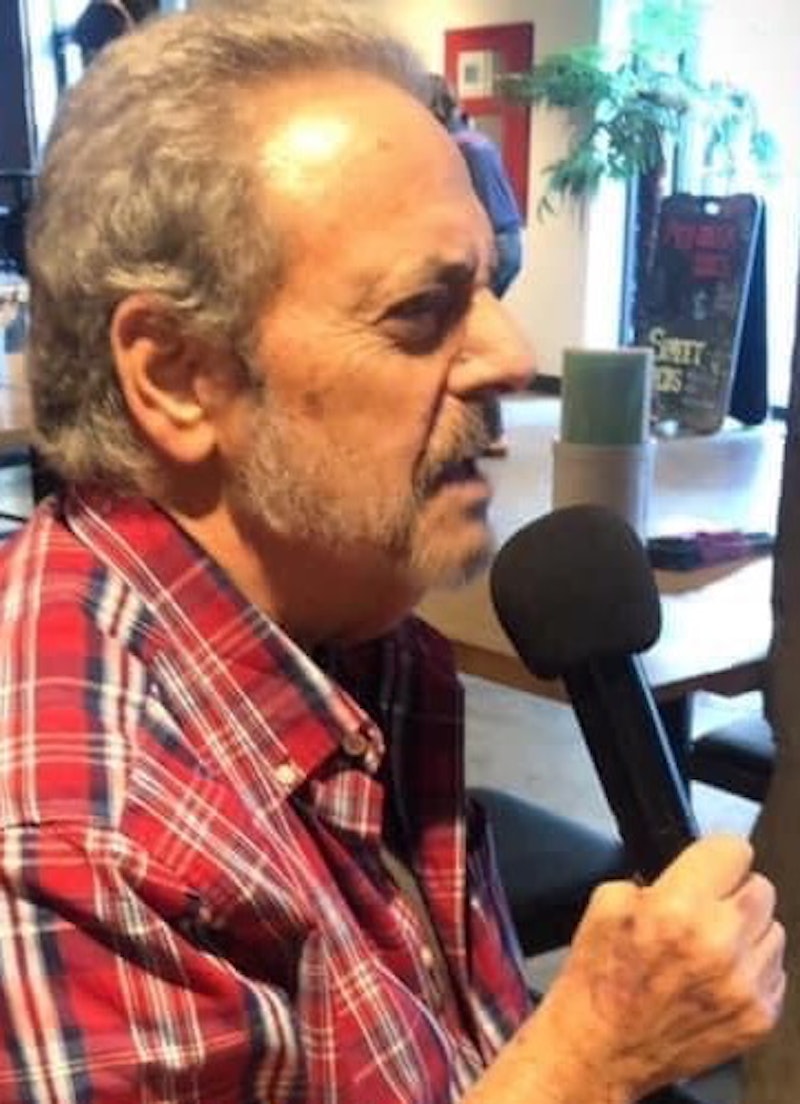 Post-war baby booms are the natural byproduct of death and destruction. My siblings and I were all conceived after the Korean War. Maybe it’s a coincidence considering the fact there’s war all the time. My mom had three miscarriages before my older brother was born in 1955. I followed a year later and my sister arrived the year after that. Prosperity was always just around the corner. During a wartime economy everything tanks and inevitably bottoms out, leading to food shortages and supply side scarcity.

Running low on everything from gasoline to meat, coffee, butter and sugar was a common occurrence during WWII. Commodities are gobbled up to feed an insatiable war machine. The result of all that rationing is a lot of time to procreate. Making babies after any war is an activity that goes right along with making up for lost time. Like being snowbound after a blizzard there’s not a whole lot to do with cabin fever but keep warm and copulate.

My cousin Vinny was born in 1947. He was the first son of my uncle Vince and aunt Ann Monico. He received doting unconditional love from my grandmother because he was the first grandchild on my mother’s side of the family. Vinny was spoiled and pampered by our Aunt Helen and Aunt Mary, my uncle Vince’s younger sisters. I say this because we were also spoiled rotten. Being third generation offspring of Sicilian immigrants made our difficulties growing up in Baltimore much easier than our grandparents’ and parents’ struggles to assimilate into the American way of life.

It was a hard for many who came to this country looking for better lives. All the bogus success stories spun around a golden land of opportunity led them all to believe what was really true. The reality was No Blacks/No Italians/ No Irish/ No Jews need apply. Like the old saloon signs that read no dogs, Indians or blacks allowed. They weren’t welcomed in the white world. America is still just as hateful.

Blacks, here from the beginning, and later immigrants all had to make do among their own kind. Poor and uneducated, with little chance of getting ahead in Freedom Land. It’s an old bullshit adage that if you work hard and save your pennies better times are ahead. It’s just a bunch of hype perpetrated by the rich to keep the poor in line.

I imagined my cousin Vinny hit the 1950s running wild right alongside the birth of rock ‘n’ roll. I fantasized that he was some homegrown Elvis prototype loving all the sounds of those records and listening to Top 40 radio with every other teenager who loved “race” music. Exactly like I did in the 1960s when my connection with music began in much the same way. Digging the local AM radio stations on my pocket transistor radio. Spinning 45 records of the latest hits. By then, Vinny was singing in cover bands and performed at The Club Venus in the Perring Plaza Shopping Center and The Mardi Gras Supper Club & Lounge on Harford Rd. in our Northeast Baltimore hood.

He was in bands that played church CYO’s and high school auditoriums around town. I was too young to see him perform but I have fond memories watching him rehearse at his parents’ dining room table with a microphone and a small amp. He was singing Donovan’s hit “Mellow Yellow” and it sounded just like Donovan. I looked up to my cousin Vinny as the coolest guy I’d ever met. With his Nehru jackets and silk scarves around his neck, Vinny was the epitome of cool. A ray of hope in my normal little world.

I dreamed of being a singer like him. One day, fate had its way. Vinny left for good. A falling out with his parents was partly to blame, forcing him away from the family. He stayed with our Aunt Helen for a short spell as I did for many of the very same reasons. It’s frowned on for anyone in most working class families to pursue a career in show business.

Vinny‘s dad wanted his son to follow in his footsteps as a barber. But Vinny had stars in his eyes. Much like my father wanted me to be a Merchant Marine but I had a different vision too. My wife wanted to be in theater and study acting but her father refused to pay her college tuition. A familiar pattern through the generations. There’re so many reasons against following our dreams: they all boil down to a sticky residue of money and security. To err on the side of caution is boring. As if money could ultimately buy happiness. Against all the odds we make tough choices. They don’t always pan out.

The result of the bad blood between Vinny and his parents drove him to disappear without a word. So much rough water under an imaginary bridge that could’ve spanned 40 miles of bad road leading to that final rejection of a parent’s wishes for their children. Vinny’s brothers Informed me he passed away somewhere in Alaska on October 14th. I thought about Vinny the night he died and I hadn’t heard the news yet. I wondered where he went and why he was gone so long. We guessed he was most likely a goner years ago. It turned out at 73 he was going strong and still singing. Vinny packed them in when he sang his songs.