Drums Along the Hudson

In memory of Bill Weber, a man I never met. 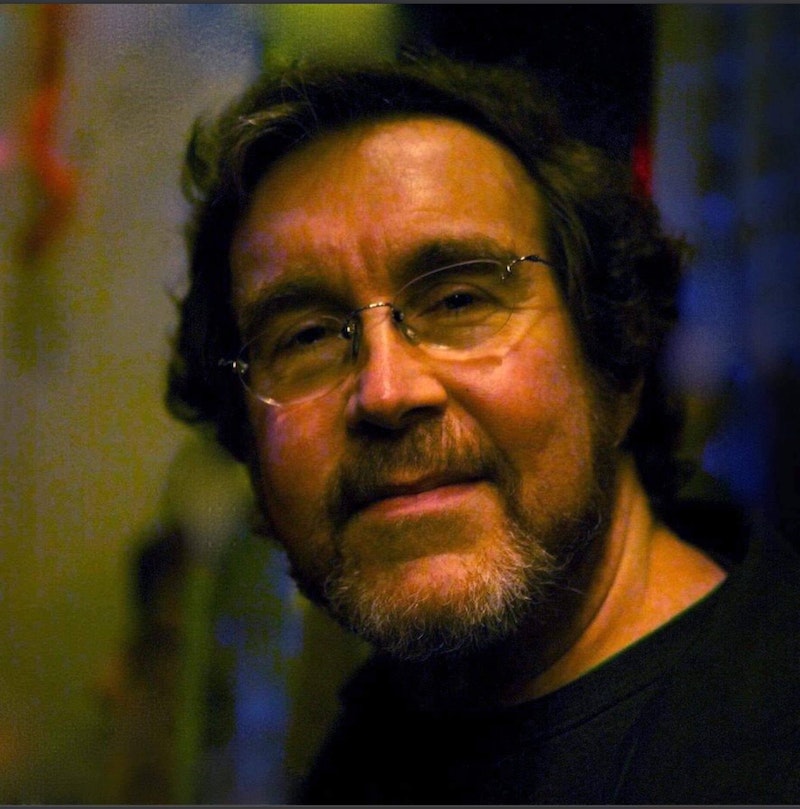 The pleasure of posting for the sake of posting is mostly lost on people that only started spending every day online five or ten years ago. Why would I want to waste time talking to strangers online without folding it into my work? Why would I go online anonymously? Don’t freaks and perverts and domestic terrorists do that? Yes, but before Facebook and Twitter took over, message boards offered real communities free of obfuscating algorithms. I practically grew up on message boards, moving from video game boards to music boards and eventually to ILX, or ILXOR.org, in 2012.

ILX, unlike most message boards and social media platforms, is spartan in design and immaculately preserved: the archive stretches back to early 2000, and if you want, you can read people who still post there react in real-time to 9/11, the 2005 London bombings (where one poster was killed), and every election of the 21st century. Pick your event, pick your artist—there’s probably a discussion about it archived on ILX. There are no post counts, no avatars, no “signatures,” just screen names and dates. There are no career opportunities or anything one can fold into their “personal brand” on ILX—it’s posting in its purest form: talking to names and the images you’ve created for them in your head. At the time, these are familiar characters, but as people move on and boards shut down, they vanish. I remember very few posters in the long run.

Bill Weber was a man I never met, but I’ll remember him, thankfully aided by ILX’s uniquely strong archive. I didn’t correspond directly with him; I posted with him. Perhaps you could call that public correspondence, but we knew each other by our screen names. His was “Dr. Morbius.” I knew he was sick, and I've been dreading writing this article all year. And I still don’t know what I should call him: Bill? “Mr. Weber”? Dr. Morbius? Or “Morbs,” an affectionate board nickname? None seem right for this relationship, which wasn’t para-social, but we still never corresponded privately. Functionally though, a lot of those film threads were private correspondence, with only half a dozen or fewer regular posters talking about Godard, Fassbinder, Visconti, Maurice Pialat, or Hong Sang-soo.

Without Weber, I never would’ve made the effort to go through the work of John Ford, and for that I will always be grateful. In a rolling movie ranking thread, where the regular filmgoers toss off scores of stuff they’ve seen recently, I ranked Ford’s Young Mr. Lincoln below all three of Aki Kaurismäki’s Leningrad Cowboys movies. He told me, “You don’t know John Ford.” I didn’t. About a year later, I saw Young Mr. Lincoln at a Charles Theater revival, and it was so amazing that the entire crowd, skewing older, gave it a standing ovation. I felt the same. Ford’s films, along with John Wayne’s, have been incorrectly regarded as reactionary trash for half a century now. Weber disabused me of this notion.

Certain Ford characters, and Ford himself, give you a pretty good idea of what Weber was like online: irascible, acerbic, fiercely opinionated, hard to please, a softie with a hard, hard shell. Weber was never mean or cruel to me, and his sarcasm were appreciated: after I went on and on about Lynne Ramsay’s You Were Never Really Here, and in the same post dismissed Leo McCarey’s Make Way for Tomorrow, he asked, “Who is your pharmacist?”

Weber’s capsule reviews and posts stick in my mind, to the point where I often attribute his words to a critic whose name I can’t recall (Weber did write about film for Stylus and eventually Slant). For example, Peter Bogdanovich’s They All Laughed: “Watched the first 20 minutes of They All Laughed last night. I didn’t.” They All Laughed is one of my favorite movies, but I use that line on everyone I show the movie to. As Alfred Soto wrote on ILX last week, Weber didn’t throw “GOOD” or “GREAT” around often at all—and when he did, I took notice. This man was a walking encyclopedia of film history, and like me, voracious and omnivorous. When he rated Kelly Reichardt’s First Cow conspicuously low last year at the New York Film Festival, I took notice (“Too much nighttime photography that doesn’t work”). He added that it was better than Wendy & Lucy, "aka Boo Hoo I Lost My Dog."

Since I joined ILX in 2012, I read the archives often, coming first for the more active music board, but in the last five years, I only talked about film with a relatively small group of people. I held Bill Weber and Alfred Soto in highest regard. They were sparring partners, and I took note of everything they liked, loved, and loathed—indeed, there was absolutely nothing I could do to get Weber to see Quentin Tarantino’s Once Upon a Time in Hollywood, even when I repeated over and over that the movie it had the most in common with was one our recent favorites, Godard’s The Image Book. Weber said he “was completely pulled in by Image Book”—in other words, a rave.

Ditto for Uncut Gems: “Very good. I don't understand people who ‘couldn't take the intensity’ though. Sandler is excellent, but I can't get *that* invested in ambulatory garbage. I think their last one was its equal? Except maybe not quite cuz Benny didn't have to act. didn't realize Francesa was not gonna play himself; perfect casting tho.” He was even more effusive about Elaine May’s Mikey and Nicky, and when I asked him why, he said, “Elaine May's masterpiece—the two actors' too. Not a wasted frame.” I rented it the next day.

Last summer, I posed the question “GODARD vs. FASSBINDER.” As with most film threads and posts, I made it to get his reaction and his thoughts: “RWF better at show business, tho Godard can do that when he tries. Both indispensable. It depends what you value as an individual viewer on a particular day. (Both have made films I would technically consider torture. Querelle and a lot of JLG's ‘80s.)”

He’s right—not about Querelle, though.

Back to John Ford: after seeing Young Mr. Lincoln again at The Charles in early-2019, I watched every Ford film I could find. A daunting task, even with a place like Beyond Video within walking distance. Last June, I asked Weber what I should see before The Man Who Shot Liberty Valance—in his words, from 2006, “a valedictory piece for his career and his major themes.” I’d already seen a good chunk of major Ford films, and he added: The Iron Horse, Judge Priest, The Prisoner of Shark Island, How Green Was My Valley, Wagon Master, The Sun Shines Bright, The Long Gray Line, 3 Godfathers, 3 Bad Men, and Sergeant Rutledge. (Alfred Soto reminded him of The Grapes of Wrath and Cheyenne Autumn: “of course Grapes. Cheyenne is after Liberty Valance, so i'd suggest he save that one.”

Alfred Soto, among others, wrote about Weber’s love for introducing people to things, and I was an apt pupil. I re-watched The Searchers a few days after he died, remembering how impenetrable and overrated I found it just a few years ago. No, this was a masterpiece, despite what idiots like Noah Berlatsky say. I’ll remember Weber for his parsimonious praise and his adamant advocacy for art in the face of changing cultural tides.

As recently as a few months ago, he was rightly defending Howard Hawks’ Monkey Business, a screwball comedy from 1952 that ends with Cary Grant and a bunch of kids in Indian warpaint doing war-whoops and wearing feathers. Another poster protested that watching this in 2020 felt, brace yourself, “deeply uncomfortable.” Weber had no time for that kind of shit: “Son of Paleface doesn't bother me with all its Native gags cuz UH IT'S FROM 1952. It's also significantly funnier than, say, Blazing Saddles, though they certainly share some DNA. be offended all the time by a culture that's dead and gone. that kinda bores my socks off.”

And on John Ford’s love for dance scenes: “Well, those dances provide the sort of community ritual (esp since so many of his films are set in the 19th-century frontier) that establish where the characters are in the social pecking order, who's courting who, who wants to kill who, etc, while also adding color to the narrative.” Someone else said, ”if you could edit out the EXTREME CORNY SENTIMENTALITY of his movies, he'd be all-time classic.”

In his obituary, Alfred Soto wrote, “After several hours of eating and drinking I exploited what I loved about him after a dozen years’ acquaintance. I called him a cynic to his face and he said ‘Fuck you’ and laughed. He knew. He was a sentimentalist. He was pissed off the world wasn’t as good as he wanted it to be. A Catholic in the best sense, he presented without your permission a dialectical grace: fight tooth and nail over fundamental principles and bullshit; offer words of comfort you wouldn’t think are possible.”

Splice Today contributor and ILX regular Raymond Cummings texted me the news last Wednesday, and I happened to be on the phone with my friend Leigh Ann in L.A. I told her I had to go, but that we’d still be watching They All Laughed simultaneously in 45 minutes. I told her Bill’s line about the movie and hung up. This isn’t like losing a relative, or a loved one, but it’s more than the sudden death of someone like Michael Brooks or Kobe Bryant—people you may love but nevertheless have never met and never communicated with, a purely para-social relationship. I didn’t have a para-social relationship with Bill, but I talked to him via ILX almost every day for five years. He was my cinematic North Star in a landscape barren of any film critics that are as discerning and knowledgeable as he was.

He wasn’t like Armond White, he was better. Weber was not a confrontational writer, but he forced you to confront yourself: your taste, your knowledge, your reference points. But never as a snob, and this is what I want to stress: this man savored discussion and introduction purely for its own sake. The days of safely posting anonymously on the Internet may be numbered, but ILX, and Bill Weber’s posts, will be preserved in amber until the plug is pulled on the whole thing.

I’ll continue to quote and paraphrase him as long as I write, and his name will be in my movies, always given to a figure like Ben Johnson’s Sam the Lion in The Last Picture Show. That character, particularly the speech he gives to Timothy Bottoms and his friends after they take advantage of another kid, capture the Weber I knew on ILX: “You boys can get on out of here. I don’t wanna have anymore to do with you. You got a poor, unfortunate creature like Billy just so you could have a few laughs. I’ve been around that trashy behavior all my life, and I’m getting tired of putting up with it. You can stay out of this pool hall and my picture show, too. I don’t want no more of your business. You didn’t even have the decency to wash his face.”

A monologue that reads plain but comes across as devastating in the film because it’s being spoken by the town’s only real moral or spiritual arbiter. Weber was direct, forthright, never minced words, and used even fewer. ILX, and my own life in film history, feels as empty right now as that final panning shot of Anarene’s dusty streets. No more talking about Ford, Fassbinder, Altman, or Akerman: Bill the Lion is gone.