We are all full of lightness and darkness. We must remind and forgive ourselves for this. 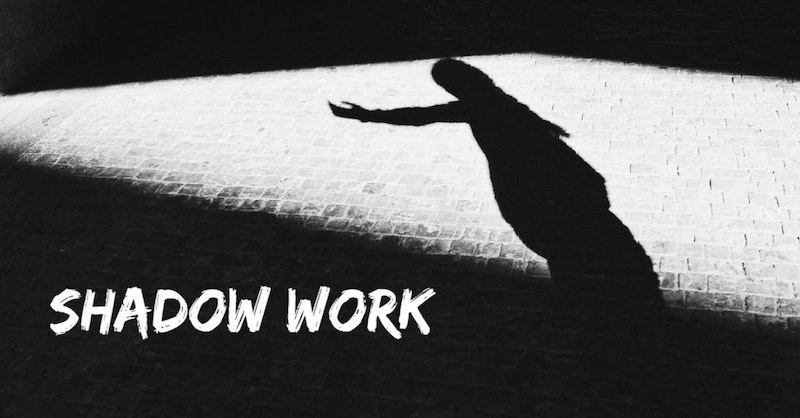 Melissa Febos did a TED Talk years ago about the liberating power of confessing secrets. She tells her creative nonfiction students to look at themselves not as how they want to be seen, “but to look until all of that superficial layer falls away and we can actually see something.” Febos used her first book Whip Smart—a memoir about her years working as a professional dominatrix while struggling with heroin addiction—as an example. At first, she was afraid of how others would react, but the book brought Febos closer to her family, and helped her forgive herself. “That kind of honesty,” she concludes, “that letting yourself be seen, is the bravest and most valuable thing that a writer or maybe anything human can do.”

In my experience, radical vulnerability is an invitation to both healing and judgment. I’ve twice written about an obsessive crush I had on a woman in college—let’s call her “Stacey”—and how it led to creepy behavior: trying to talk to her after she asked to be left alone, asking her friends what I did wrong, writing public Livejournal posts agonizing over her. While friends commended me for confronting my past, transphobic radical feminists publicly condemned me on Twitter two months ago, claiming that my story proves all trans people are predators. I wondered if they were right. What if, even after taking responsibility for my actions, a scarlet letter still hangs around my neck?

Despite being non-binary, I judge myself based on strict binary ways of thinking with no room in between: good or evil, smart or stupid, feminist or misogynist. Mistakes aren’t learning opportunities, but evidence of how I’m a bad person. Yet I don’t judge others the same way. Recently at work I spilled some milk and felt like a failure at life, but a few minutes later a co-worker spilled spaghetti sauce and I helped him clean it up without any judgment. Everyone else deserves grace except for me.

Does a person’s toxic past define their future, or can a person change? How do you own your past mistakes? Years spent in churches, recovery groups, and atheist spaces proved that people change; I’ve met recovering alcoholics who’ve been sober for decades, and former homophobic fundamentalists that are now progressive LGBTQ allies. Yet a voice still echoes in my head saying, “You’re not fooling anyone.”

My therapist Daniel recently introduced me to shadow work, a process of confronting one’s dark side. The idea is that we all have things about ourselves we don’t like, and we try to avoid them by hiding them in our unconscious minds.

Daniel and I tried it during one of our sessions. I imagined talking to Stacey and asked her what exactly happened between us. “You used me as a way to cope with your loneliness,” the imaginary Stacey responded. “You do that a lot. You find someone you really want to be friends with, and then you act like that person is going to fix all your problems. It wasn’t healthy for me, and it’s definitely not healthy for you.”

She was right. Other people’s approval is just as intoxicating as alcohol, and just as addictive. I then asked her what I should do. “Let me go,” she said. “I know you haven’t talked to me in 15 years, and it’s great you recognize what you did was wrong, but you still worry about what I think of you. Don’t worry if I forgive you; forgive yourself. Do that and you’ll finally heal.”

As the therapy session ended, I understood what Febos meant. I looked past the good/evil binary to see the real me: a complex person full of both light and darkness. And I learned to forgive that person.