Day of the Succulents

If you’re both COVID and election-weary, Wave Hill in the Bronx provides an antidote. 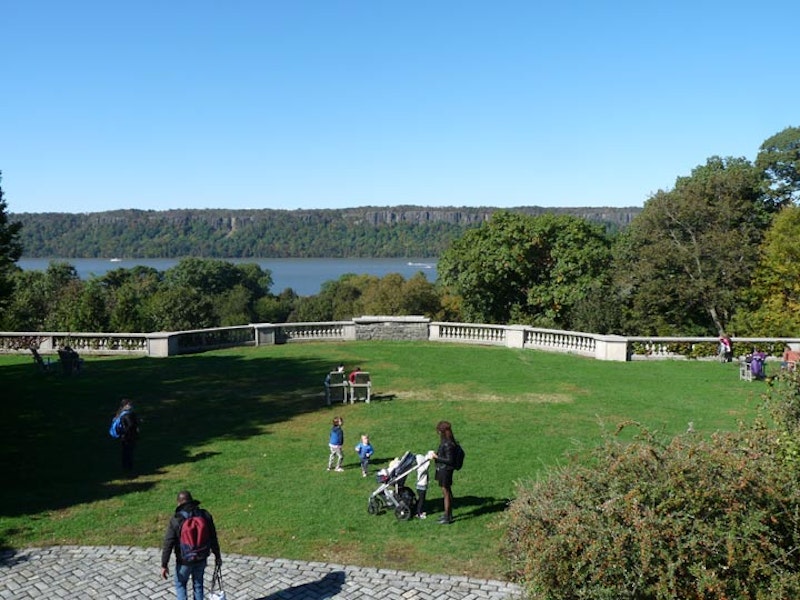 Riverdale is nestled along the Hudson River between Spuyten Duyvil on the south, Yonkers in the north and Van Cortlandt Park. With its curving, quiet lanes, spectacular views of the New Jersey Palisades and estates, it seems more a part of its neighbor to the north, suburban Westchester. The New York Times real estate section agreed: it listed Riverdale separately from the rest of the Bronx for years. Yet, Riverdale has been a part of New York City since 1874, and the numbered street system that begins with E. 1st St. in the East Village extends to Riverdale’s city line at the Yonkers border at the highest numbered street in the series, W. 263rd St.

Much of Riverdale and Fieldston, the adjacent semi-private neighborhood, was a forest owned by War of 1812 veteran Major Joseph Delafield, who in 1829 purchased 312 acres in the area west to the Hudson River and built a lime quarry and kiln. His son Edward constructed an elegant mansion that he named Fieldston Hill (which still stands on W. 246th St.), and the major’s grandsons brought in architect Dwight James Baum, who designed dozens of homes in Riverdale and Fieldston in different styles. Fiorello LaGuardia was a Fieldston resident and read the comics on the radio during a newspaper strike from his study on Goodridge Ave. And, John F. Kennedy lived in a house that still stands on Independence Ave. and W. 252nd St. when he was a boy, between 1927 and 1928, when family patriarch Joseph Kennedy briefly moved his family to Riverdale.

On a recent Saturday, my friend Joanna drove us across the Throgs Neck, west on the Cross Bronx and then up the Deegan to Riverdale for a day at what is perhaps New York City’s best and most affordable botanic garden, Wave Hill. Ten dollars gets you in, though in the Age of COVID you need to make reservations in advance. Even if you’re not a big flower fan, the views across the Hudson to the rock formation carved by the river over millennia are worth the price of admission. I could’ve remained in one of the benches facing the view all day.

Wave Hill is surprisingly difficult to approach by car or on foot. Only one street, W. 249th, makes it through from the Henry Hudson Parkway all the way to the front gate at Independence Ave., and the curving street is often choked with vehicles and walkers alike making their way there in all months of the year. We took Kappock St., through a tunnel beneath the Henry Hudson Parkway, then north up Palisade Ave. to get there. 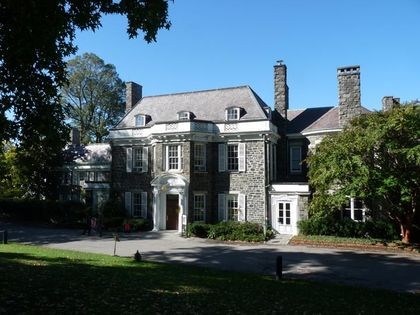 The gardens’ centerpiece is the imposing mansion, also known as Wave Hill, built in 1844 from locally quarried stone for William Lewis Morris. One of its large, sun-drenched rooms was an armor hall built by zoologist/historian Bradford Dean, curator of armament exhibits at the Metropolitan Museum and also of reptiles and fishes at the American Museum of Natural History in the early-1900s. Don’t miss the mural by designer/author Maria Kalman depicting the grounds in the Perkins Visitors Center; art exhibits are a Wave Hill staple. Both Mark Twain and Teddy Roosevelt were guests there. 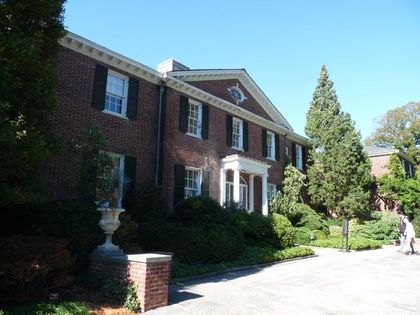 The adjacent Georgian Revival Glyndor House was constructed by the Perkins family after the original Glyndor was struck by lightning and burned down in 1926. 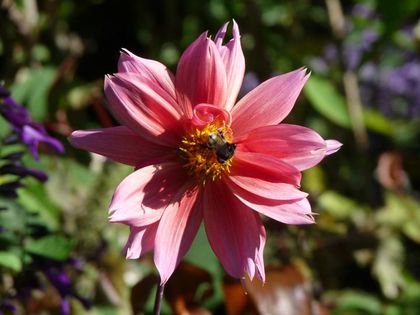 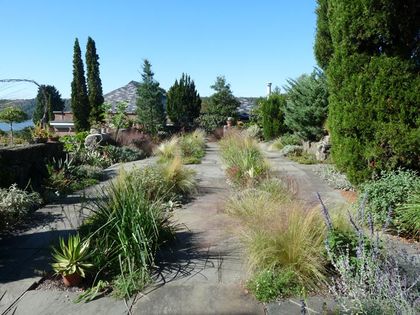 You’ll be tempted to spend most of your time strolling the grounds: the flower garden with year-round exhibits; the Italian pergola facing the Hudson, draped with every possible flora you can think of… even cacti; the aquatic garden, with its lilies and lotus; the 10-acre woodlands; the greenhouses and palm houses with their collections of tropical plants; the rock garden with its multitudes of small, brilliantly-colored blooms; and herb and wildflower gardens. If you’re both COVID and election-weary, Wave Hill provides an antidote.

If the Wave Hill visit hasn’t taken up the entire day you may want to wander up Independence Avenue to W. 252nd St., then turn left and wander down twisting, turning Sycamore Ave. to take a look at the landmarked Stonehurst at 5225, built in 1858 for importer William Cromwell and sold in 1859 to paint manufacturer Robert Colgate. The house looks like its name, with gray stone construction. 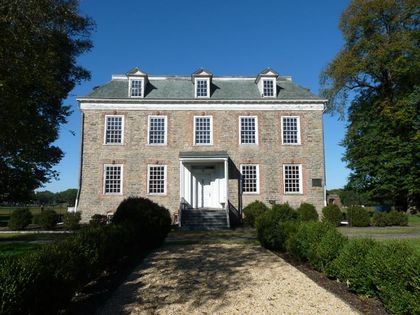 From Wave Hill it was a quick, though twisty, ride over to Van Cortlandt Park at Broadway and W. 242nd for a quick look at the Van Cortlandt mansion. This Georgian-style country house made in the fieldstone style was built in 1748 for Frederick Van Cortlandt, the scion of a prominent family in the area. The Van Cortlandts had been in New Amsterdam since brewer Oloff emigrated from Holland in the mid-1600s, and had acquired much of the land that was to become the park by the turn of the 18th century. The vast athletic field north of the mansion was at one time the Van Cortlandt farm, and had large planting fields, livestock, and a grist mill. The Van Cortlandts did employ slave labor in the colonial period.

George Washington used Van Cortlandt Mansion as a headquarters during the Revolution (as he had in the Morris-Jumel Mansion in Washington Heights). It’s maintained by the National Society of Colonial Dames as a museum appointed with period Colonial and Federal collections.