The Election Is a Punch & Judy Show

I’m overdue for some acid. 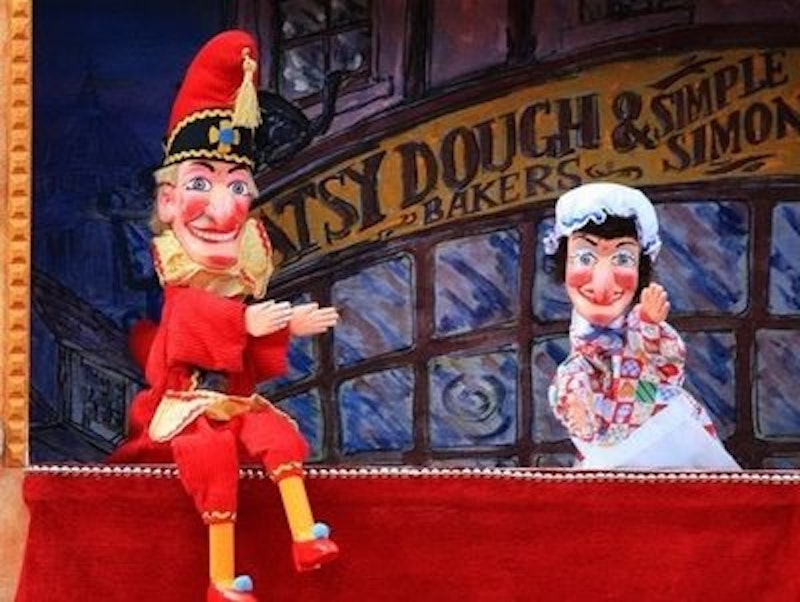 Daisy and I decided to skip the debate. This election is a Punch & Judy show, it’s infantile. We decided to give the Director’s cut of The Exorcist another viewing. It’s a really stunning piece of work, technically flawless and perfectly paced, almost symphonic in its relentless build to the shocking climax. I’ve seen it enough times to know the lines, but this time I noticed a couple of things I’d never really seen before. I was struck by how incredibly sexist the entire narrative is. There isn’t a single competent woman in this film, and the heroes are two celibate men and a widowed cop with a junkie daughter. The death of the acerbic drunken film director Burke Dennings is peculiar in more ways than the method: What he was doing in the girl’s bedroom in the first place? The subtext of child abuse runs through the film like a raging subterranean river.

For the next debate, we’ve decided upon Dr. Strangelove. It seems timely. Far scarier than The Exorcist was a recent episode of 60 Minutes in which lunatic retired four-star General Philip M. Breedlove discussed the possibility of a nuclear first strike against Russia as if it were a soccer game, elaborating with child-like glee upon the concept of a limited thermonuclear war. I wonder if Breedlove worries about his precious bodily fluids. I can’t say that it keeps me up at night, I’m a drunk and I sleep like a cat, but knowing that guys like that are around gives me agita. It’s weird as hell that here, in 2016, we are closer to nuclear war than ever before.

Libertarian candidate Gary Johnson is walking talking proof that reading Ayn Rand causes brain damage. They should have nominated John McAfee. It would be nice to have at least one Mensa qualifier in the race, and McAfee’s brand of crazy makes Donald Trump look like Fred Rogers. McAfee would definitely get my vote. I’d love to have a few drinks and a rail or two of meth with that man. I’ll bet he’d be fun to drop acid with. I’m overdue for some acid. Apparently, we all are.

Samsung is making better bombs than ISIS, and an epidemic of scary clowns that began in South Carolina has swept 10 states and shows no signs of abating. California’s on fire. Elves attacked a construction site in Iceland recently. Hanjin Shipping collapsed, and Deutsche Bank seems to be going the way of Lehman Brothers; not exactly canaries in coal mines, but very definitely beached whales. 100 percent of California wines tested positive for glyphosate, including the organic ones. The ADL is flipping out over a cartoon Nazi frog. Europe is having a collective panic attack over the refugee invasion, suddenly awakening from the liberal fantasy of open borders to the harsh reality that not all cultures are equal, let alone compatible. It’s an old and reliable formula: diversity + proximity = conflict. Forget about bringing back Hitler. The way things are going in Europe, they’ll be bringing back Vlad Tepes. Things are getting very Balkan over there.

Here in America, while everybody was distracted by the all-singing all-dancing antics of the George Soros-funded Black Lives Matter minstrel show, government forces seem to have resumed the genocide against the American Indians. This is our Palestine, our Tibet, our Holocaust. Surely the nation that invented nuclear weapons and the Internet can come up with a fair and equitable solution, like recognizing the Lakota Republic as declared by Russell Means and freeing Leonard Peltier, whose continued imprisonment is an offense at the level of apartheid South Africa’s imprisonment of Nelson Mandela.

We’re considering watching the third debate. That could be good. The fallback position is a screening of Terry Gilliam’s Brazil, a movie whose time has truly come. Maybe we’ll drop acid and bark at the Moon. Maybe some nut in the Pentagon will reduce us all to radioactive dust to preserve his purity of essence. “Do you recognize my voice, Mandrake?”