There are worse things. 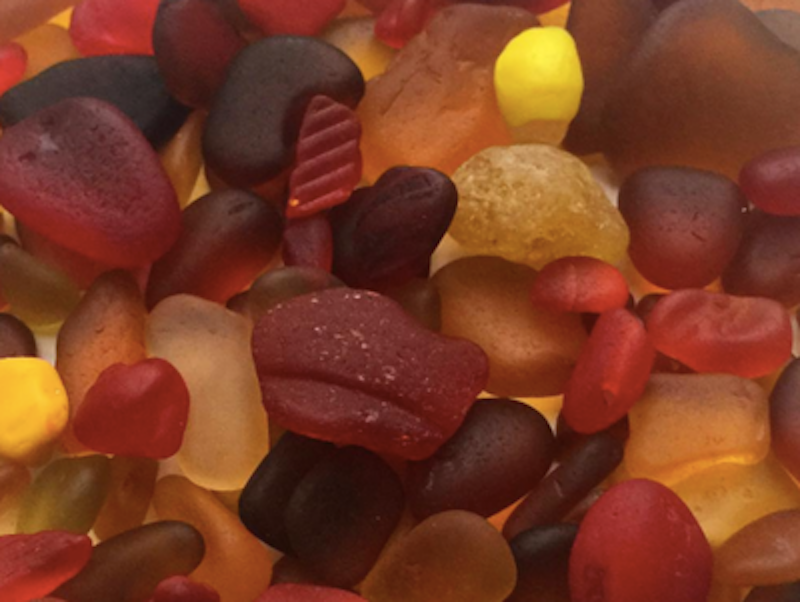 Last week I learned something about myself. Or, I guess became more aware of it, because I probably already knew on some level. There’s an Instagram hashtag #seaglassaddict which is meant to be a joking reference to beachcombers doing what we love—just going to the beach to search for treasures: sea glass and pottery and other random stuff. The other day I found a lead Civil War musket ball bullet, a first.

I can’t go to the beach every day. It’s about 45 minutes from my house to the closest sea glass hunting beach and to the little island cottage where I write. Raising four kids, though two are away at college, means the younger ones participate in sports, have laundry and need a mom, so I can’t stay on the island as often as I’d like. Someday, when they’re off to college, maybe I’ll get to be there fulltime. But last week, my husband was out of town and I was home with our dog, and waiting for a dryer to be delivered, and it was thunderstorming for several days in a row. I was trapped in the house, on what I have come to call the mainland.

I felt claustrophobic and was a mess. It was storming and there were flash flood watches outside, I didn’t even want to go the store. Going to the beach was an impossibility. I stared at the weather app on my phone in horror. Between the wind and the rain, I couldn’t even get to a beach I could walk on, much less consider taking out my kayak, the preferred sea glass transportation. I was lonely. I thought about the upcoming two-year anniversary of my sister’s death and how much I miss her. Although I never mind being alone on the island where I’m writing, I hate being home alone (no offense to the family dog). I ended up in pajamas, curled up on the couch, watching Netflix, and ordering enough take-out food for lunch that the kids’ dinner was covered when they got home from school.

I’d never thought about the weather and my ability to go to the beach being directly tied to my moods, but knew if I’d been able to just leave the house and go to the beach I would’ve been fine. So the days passed, I Netflix-binged an entire season of Jessica Jones (in addition to Stranger Things with the kids at night, which was really good) and my husband came home Thursday night. Friday morning, I checked the weather forecast and although it was still rainy and windy, it wasn’t enough to keep me out of my kayak. I left the mainland and headed for the island, even though it would only be for the day; I’d want to be home when the kids got home from school for the weekend.

I crossed the island’s tiny drawbridge and once again, as always, I breathed. I grabbed my kayak from the cottage, where the wind whipped around me. I knew there were flood warnings and I avoided checking for small craft advisories. I know what mph wind I can control my boat in what direction, and I was thankful the wind was on the river, not the bay that day. I made it to the sea glass beach. I knew I wouldn’t find much, the tide from all the storms was way too high. It was definitely a cryaking day. What’s a little more salt in that big body of water, or all that sand? But as I began to feel better, in that fresh air, as I sat on a huge piece of driftwood, feeling thankful as always, knowing each and every time that it might be my last on that beach since it’s almost gone now from erosion, I realized something.

It’s not about the sea glass at all. That’s not what the addiction is. The “stuff” is just broken glass. It’s about the place, the spirit—that’s what I’m addicted to. I need that place to survive. And here it is, almost gone. One hurricane whips up the Chesapeake the wrong way and the beach will be gone, save for some extreme low tides in winter when I have to worry about the damn hunters. But I’ll sure as hell be out there anyway.