My Problem With Finasteride

More anxiety for an improved hairline. 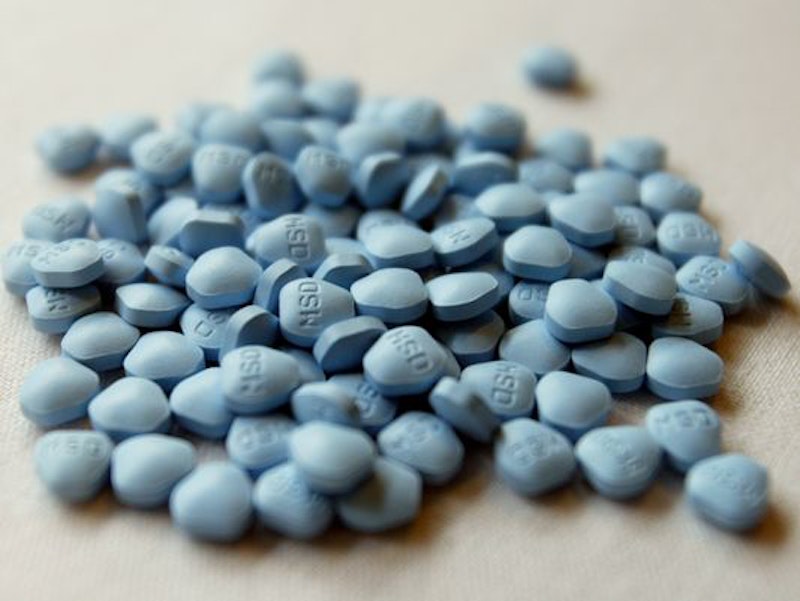 I’ve written before about how coming out as transgender, going on HRT, and getting back in touch with my emotions has helped me realize I most likely have an anxiety disorder. For months, I’ve wondered how much of my anxiety is natural and how much is a product of shifting hormone levels. I may have found an answer—but I’m not sure I want to do anything about it.

Let me back up. Since writing that essay a few months ago, I’ve continued to have intense bouts of anxiety, as my girlfriend can attest; going to bed can be quite the affair, as I crave cuddles to alleviate my feels but can’t actually fall asleep when I’m in such close proximity with someone else. (This is exactly as infuriating as it sounds.) When she’s not around, things can get dark in my head. One night I considered calling the Trans LifeLine because it was 2:30 a.m., none of my friends were awake, and I desperately needed someone to vent to. (It’s a good thing I wasn’t full-on suicidal at the time, since when I did call, nobody picked up.)

Thankfully, a good friend happened to pop online right when I was at my lowest, and kindly agreed to be a sounding board for the garbage I needed to scoop out of my inner monologue. After letting me fret in circles for a while, though, she asked me a very specific and unexpected question: “Are you on finasteride?”

I am on finasteride; it’s a part of my HRT regimen, along with my antiandrogen and estrogen supplement. While those two are generally tasked with lowering the overall levels of testosterone in my body, replacing it with estrogen, and feminizing my features to the best of their ability, finasteride is around for one very special reason: it helps me recover my genetically inferior hairline.

All the men in my family have had terrible hairlines, and until last year, I was resigned to join them in half-baldness by my 30s. Knowing that was lurking in my future—and that it had already begun while I was in college—was a huge part of my decision to go on hormones in the first place. I knew that if I started losing my hair for real, I’d never be naturally pretty and would become a regular on the ol’ LifeLine. While it hasn’t dramatically improved my situation, finasteride has helped me recoup some of my losses hair-wise, and seeing the small improvements helps me stay positive about my slow and steady progress away from masculinity.

So when my friend reminded me of finasteride’s side effects, my stomach dropped: it has a noted tendency to increase and prolong bouts of anxiety. I’m positive that I’d be having these feelings regardless of being on hormones or not, but there’s no denying that I’ve been paralyzed and depressed over the past few weeks because of my daily dose. That’s a problem, because I don’t want to stop.

There are other drugs, of course, and my friend recommended one that helped her out—but before I can try it, I need to get my next doctor’s appointment set up, which is a challenge unto itself in a city like New York, where specialists in areas like trans medicine get booked up months in advance. Until I sort things out with my doctor, then, I have two choices: to keep taking the medicine that has a detrimental effect on my mental health... or to stop taking it, and risk undoing all the growth that’s happened as a result of taking it for the past 10 months.

For some people, I know this isn’t even a question—they would stop taking any medication like that immediately if they didn’t need it to survive. But from where I sit, it’s not that simple, and survival is still in the mix. I consider retaining my natural hair for as long as possible to be a vital part of my transition, and any step backwards would be a crushing blow. I’m not willing to take that chance right now. Here’s hoping that my girlfriend’s available for a lot more cuddles until my next appointment.