The Disposition of My Soul

There’s a massive and intensely violent shift ahead. 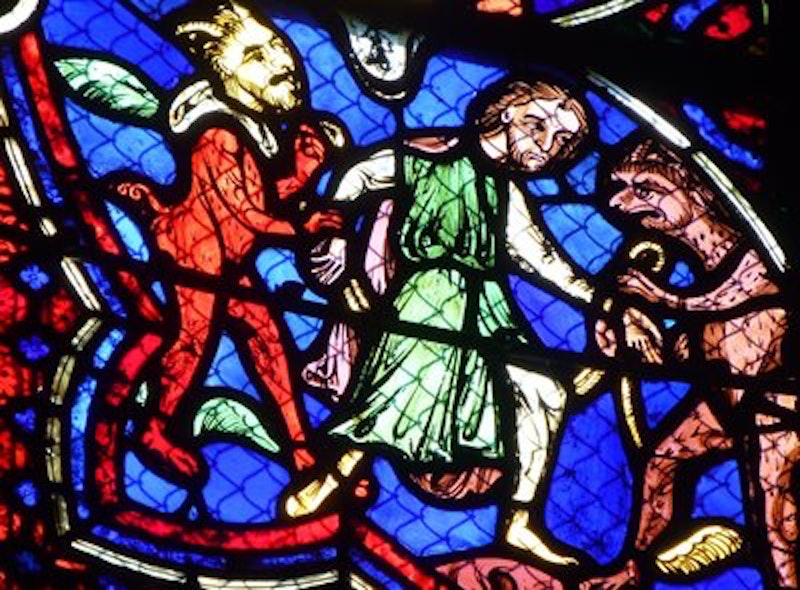 My recent decision to request baptism into the Eastern Orthodox faith doesn’t stem from anxiety regarding my impending death or the disposition of my soul. I’ve no fear of death, it’s the dying part that scares me, although there seems to be some unanimity among the medical professionals who’ve examined me that I’m most likely to go in my sleep due to heart failure. I’m fine with that. It worked for Alan Watts.

As far as the disposition of my soul goes, que sera sera. I have a clear conscience. I haven’t killed anybody yet, and haven’t reproduced. I never cheated anybody out of anything, except the banks, and they don’t count. They cheat people all the time, which makes them fair game in my book. For a misanthrope, I’m generally kind to strangers until they give a reason not to be. I can count the number of people I actually trust on one hand.

My conversion is about my concern for the future of Western Civilization. It’s under total assault by immense forces within and without, and I believe that we’re approaching a critical moment. The rich diversity of the European nations is being destroyed by mass immigration from the Third World. White gentiles, particularly men, are singled out here in the USA as the root cause of every evil.

I need a militant church. I briefly considered the Episcopal, but they’re far too liberal. I have many friends among the various Protestant churches, but once again, their doctrine is too loose. It’s as if they’ve erased the Gospel of Matthew, which is explicit on the Jewish Question. I’m attracted to the Church of Rome, but I know far too much about the inner workings of the Vatican and the circumstances surrounding the murder of Pope John Paul I, described in excruciating detail by David Yallop in his book, In God’s Name. The Roman Church was thoroughly infiltrated by Freemasonry decades ago.

Islam is completely incompatible with Western Civilization. Lines must be drawn, boundaries set. Tolerance is a two-way street. Those who refuse to assimilate must be deported, for their own safety. Europe is white and Christian. President Trump was absolutely right to refer to certain countries as “shitholes.” If those countries are so great, why are their people flooding into Europe and America?

Satanism is over, as are the various quasi-Satanic and New Age cults. They’ll be caught in the crossfire of this culture clash and eliminated. Under Christianity, they’re tolerated. We all know what Islam would do to them. Evil always preaches “tolerance,” until it gains power. Freemasonry and their pedophile rings are in the crosshairs. There’s a massive and intensely violent shift ahead. It’s a time for White Europeans and Euro-Americans to forge alliances based on our traditions and ethnic heritage. Our Achilles Heel is altruism, but that ancient limbic reflex is kicking in, and our patience is wearing thin. Vlad Tepes is rising from the grave, beware.

We must cease the fear of being labeled “racist” or “anti-Semitic” simply for advancing our own interests. We must harden our families and communities in the face of open calls for genocide against us. We must resist the denigration and degradation of our culture and history. Western Civilization is and always has been the Light Of The World. The Christian faith has been the Ark of that Light.

Just as Israel must be Jewish, Sweden must be Swedish, Britain must be British, and nobody fucks with Finland. The Russians and the Germans learned that the hard way. The Italians know, and so do the Greeks. Poland and Hungary know, as does Slovakia. Angela Merkel is a whore to the failed dream of the New World Order, a world in which a select group of ethnically pure Morlocks rule over a large passive mixed-race population of weak-minded Eloi. It ain’t gonna happen.