Searching for Bathrooms on the Open Road 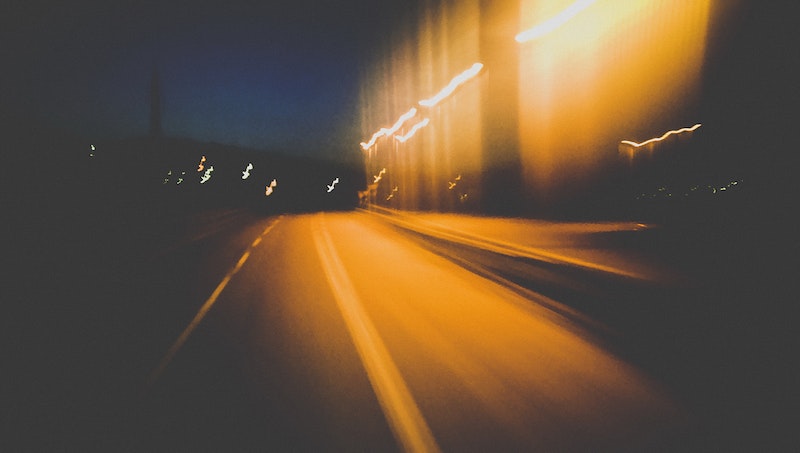 As a freelance art teacher, I do a lot of driving. I live in Los Angeles but my beat stretches from San Diego to Santa Barbara, a 200-mile span. Spending this much time on the road, I’ve become dependent on three things: gas stations, healthy food options and clean bathrooms. The latter is by far the hardest to find.

I’ve developed a strategy when searching for bathrooms. Gas station restrooms should be avoided. These putrid pits are so disgusting even truckers avoid them. The walls are covered with graffiti; the toilets splashed with urine and no one ever flushes. You search in vain for clean paper towels to wash your hands.

Coffee shop bathrooms are equally heinous. Places like Denny’s and Coco’s specialize in high-carb meals with little in the way of produce or roughage. This attracts the pre-diabetic crowd, those with digestive systems that stopped working years ago. To enter a toilet stall in one of these slop-houses is to be transported to a latrine during the black plague. The stains are inhuman and the smells can only be described as demonic.

Retail behemoths like Walmart and Target have bathrooms that smell like compost bins. These superstores attract large people with larger intestines and the toilets are scenes of horrible crimes. The only thing worse are the bathrooms found in government buildings. Library restrooms are pseudo bathhouses for the homeless while DMV offices cater to those waiting hours to pay parking tickets while eating mystery meat from sidewalk food vendors. Public park bathrooms are magnets for drug dealers and perverts and police station facilities attract criminals yearning to relieve themselves after a night in jail.

What public toilets should you use? Number one on my list is the high-end hotel. Chains like Marriott and Hilton have beautiful bathrooms. The tile floors glisten, the porcelain shines and toilet paper is available in ample supply. Multiple stalls allow you to choose your commode and have a semblance of privacy.

Expensive restaurants are also great. The toilets are pristine, though typically “for customers only” so you might have to come up with a story like you’re there for a meeting or planning a bachelor party for your friend. You’ll also have to be dressed appropriately.

My favorite public bathrooms are those found on new car lots. The more expensive the car brand, the better. Pooping in a BMW showroom toilet is like using a bathroom at a luxury spa. Classical music plays over unseen speakers and aromatherapy candles line the countertop. The experience is so relaxing the only risk is falling asleep on the toilet. Used car lots, on the other hand, typically have filthy bathrooms intended to undermine your confidence and will.

A few months ago, my search for a clean bathroom led to a misadventure. I was driving through Ventura County during the terrible floods in Montecito. Santa Barbara and Ojai Residents had evacuated to the south and the hotels were overcrowded. Evacuees were camped in the lobby and the restrooms were overtaxed. I sauntered into a Sheraton hotel bathroom only to find muddy footprints, leaky toilets and a sulfurous odor. I returned to my car and sought another location. The car lots were closed due to the rainstorms and it was too early in the morning for the expensive restaurants.

I opted for a Marie Callender’s. This was a notch above the typical coffee shop. Entering the restaurant I noticed a hulking man standing in the waiting area. He wore thick black orthotic boots and I could tell by his posture that he probably had cerebral palsy. (I work with special needs residents so I’ve come to recognize them.) I smiled at the man and proceeded to the nearby men’s room.

Like most coffee shop bathrooms, there were only two stalls. One was standard and the other was a much larger handicapped option. I made a fateful decision, choosing the handicapped stall. As I made myself comfortable someone entered the restroom. I heard a shuffling gait move across the floor. I peered beneath the stall and recognized the heavy black boots of the man from the waiting area. I panicked. I was using his toilet.

The man stopped outside the stall and jiggled the lock. Finding it occupied, he groaned. He tried the adjacent stall but it was too small for him as evidenced by his “Fuck, fuck, fuck.” He moved toward the sink. I saw him leaning against the wall waiting to see who was using the handicapped toilet.

I was finished but didn’t dare move, figuring I’d wait him out. After a minute it became clear he wasn’t going anywhere. I strategized my next move. Once he saw I wasn’t handicapped, he’d be irate. At best, he’d lecture me. He might even hit me. He was a big man and he was angry.

Instinct took over. I exited the stall and walked with a severe limp, dragging my left leg behind me. I inverted my left hand into a claw as if I’d had a stroke. The man stared at me, dubious. I made it to the sink and washed my hands, making sure to splash water on my shirt. I hoped this little detail would add authenticity to my act.

The man knew I was faking. I wanted to apologize, but once I began my performance I had to see it through. I turned off the faucet and reached unsuccessfully for a paper towel with my left hand. This was the detail that betrayed me. If I did have an incapacitated hand, I’d never use it to retrieve a towel. I quickly exited the bathroom. The man never said a word.

Back in my car, I was filled with remorse. Here I was on my way to teach an art class to special needs teens and I’d just betrayed a special needs adult. My obsessive search for clean bathrooms was taking a toll. I gave myself a quick pep talk. “Get your mind out of the toilet and move on with your life.” I turned on the car and drove to my next class.