I just wanted a modicum of contrition. 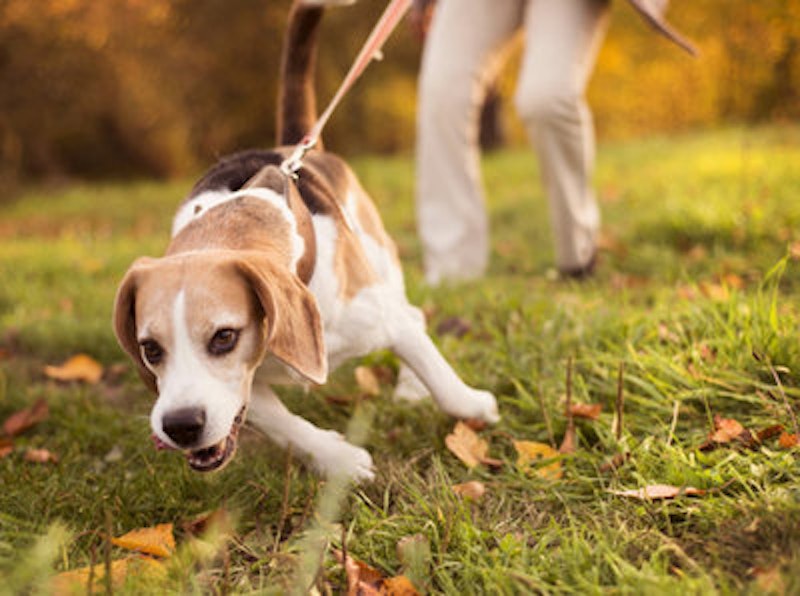 What's the procedure when someone's dog bites you on the sidewalk? I'd never pondered this question before Friday evening when, returning from the gym, a dog on a leash bit me on the back of my upper thigh. Its owners, a thirtysomething couple, kept right on walking until I shouted at them. The woman expressed shock that it could’ve happened, but I assured her it had, adding that I should be able to walk on the sidewalk without being bitten by a dog.

I vented some frustration, using reasonable language and a raised voice, but still well below shouting level. The first thing the woman said to me was that they were from out of town and then, with an imploring look on her face, "He doesn't like men." She implied this was a reasonable explanation for her dog’s attack. I suggested that she should take precautionary measures when passing a man, but this didn't register with her or her husband, who was now glaring at me. He was one of those people you don't tell what to do, even when clearly in the wrong.

Then things got surreal. The woman explained that they were "trying" to get the dog on Prozac. Trying? How hard can it be? A person can get a prescription for Prozac after one visit to the doctor. I'm no veterinarian, but this dog's problem didn't seem to be depression—more like unprovoked aggression. I'm not sure what I was supposed to say to this one. I had no empathy to offer.

The guy started getting aggressive, with both his body language and words. Neither of them had even offered an apology yet. I told them I could call the police if that's the way they wanted it, and he told me to do it. This took me by surprise—and his wife too, by the look on her face—and I was so angry I would’ve called 911 immediately, but I was bluffing. She got him to move away so we could continue our discussion. I was trying to get some resolution here. Yes, I wanted an apology.

I resumed my discussion with the woman, and was never rude, but she still wouldn't admit she did anything wrong. The guy came back and I told him I didn't want to talk to him. He got belligerent and started asking me a lot of questions. I said, "Your fucking dog just bit me so you don't get to ask me questions. You don't call the shots." That's the only time I swore at either of them. "Just answer the questions!" he said, like he was John McEnroe talking to the chair umpire at one of his tennis matches. I told him to get away from me, and he said, "It sure looks like you're okay."

It was hard to believe things were going like this. Not only did a nasty dog bite me, but now I had to deal with his asshole owners. The last thing he said to me was, "What do you want us to do, not walk our dog?" A grown man was talking to me like nine-year-old. I told him to walk his dog in a way in which it wouldn't bite people, and he just walked away. His wife went with him too, without saying a word to me. They were finished with me, but I didn't feel finished. I told them I was calling the police if they left—one last bluff attempt—but they just kept walking. They had called my bluff, and there was nothing I could do.

It's hard to know what conclusions to draw from this unpleasant experience. I think one is that there’s a certain kind of person who responds aggressively any time anger is expressed at them, even if they’ve screwed up. This is the kind of person who might be involved in a road rage incident over something minor. These are the people you don’t want to have contact with, because their emotional growth got stunted somewhere along the way. I'm also thinking that some dog owners are just weird. When you get mad at them when their dog hurts you, they react like you're criticizing their child. That's probably why the woman told me about the Prozac and the dog being a misandrist. I couldn't care less about the dog's mental health issues. I just wanted a modicum of contrition.

When they walked away, I went to the corner store to pick up some things. I vented on the clerk, who I'm friendly with. He was very sympathetic, but was soon looking over my shoulder at the customer waiting behind me. I left feeling a little better, having found an outlet. Then I walked to CVS and vented on that clerk. We agreed that people are fucked up. The only consolation is that these two people don't live in my neighborhood, and I'll probably never see them or their depressed, violent mutt again. When it comes to human beings, expect the worst and get pleasantly surprised if that doesn't happen.